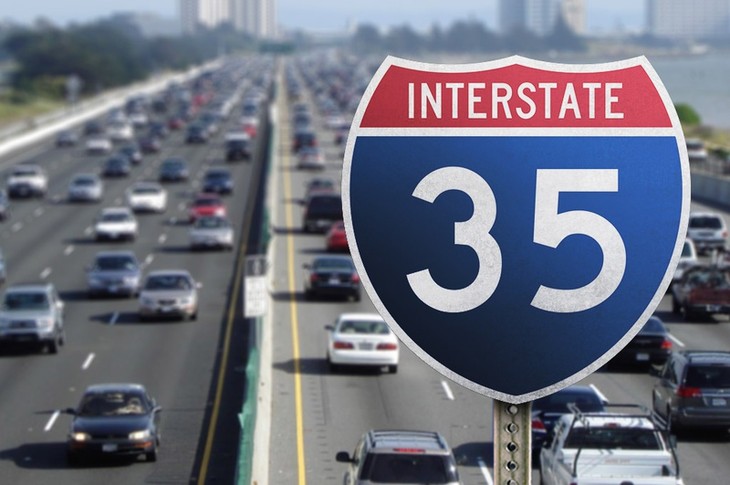 TxDOT released their annual list identifying the most congested highways in the Lone Star State (as of October, 2015), and to no one’s surprise – if living in Austin or traveling through Austin on I-35 – the Capital’s downtown stretch of that Interstate finished in first place; last year the award(?) went to Houston. According to TxDOT data, it takes a driver two-and-a-half times as long to get through Austin on I-35 during the rush hour period as it does at any other time of day.

Duking it out for the remainder of the ten available slots are Houston with five and the DFW Metroplex with four. San Antonio doesn’t even appear on the list of most congested highways until you reach all the way down to number thirty-two. Hats (or sombreros?) off to the Alamo City and its city planners!

Along with its report TxDOT also released a statement, which said in part: “Year after year we see one theme that continues to resonate,” said Marc Williams, TxDOT’s Interim Deputy Director. “Our growing communities and worsening traffic congestion in Texas are, in fact, very real, and they call for a variety of solutions.” That’s certainly true enough, but anyone stuck in traffic on a daily basis already knows it.

At least there’s potentially good news on the horizon. With the passage of Proposition 7 on the November 3rd ballot, over time Texas could benefit from an additional $4 billion annually for roads (including a greater focus on congestion relief projects) without additional taxes, tolls, fees or debt, according to Texas transportation commissioner J. Bruce Bugg. The Prop 7 amendment authorizes a new, stable source of funding for transportation in Texas dedicated to the construction and maintenance of roads via a portion of the general sales and use tax – as well as the motor vehicle sales tax – to the general highway fund.

In San Antonio, which has been undergoing an unprecedented road building boom over the last few years, traffic may not be flying through the Alamo City these days, but seems to be moving faster in San Antonio than any other major city in the Lone Star state. There may be a lesson to be learned here, as it doesn’t appear Texans, whether old timers or new arrivals, appear ready to give up their cars and trucks between now and if/when Hell might freeze over.

Are you wondering if your favorite stretch of highway made Texas’Top 100? You can find the entire list of Texas most congested highways, courtesy of Texas A&M’s Transportation Institute, at: mobility.tamu.edu/most-congested-texas/ or at TxDot’s site: txdot.gov/inside-txdot/projects/100-congested-roadways.html

Continue Reading
You may also like...
Related Topics:austin, austin tx, I-35, i35, texas, tx, txdot