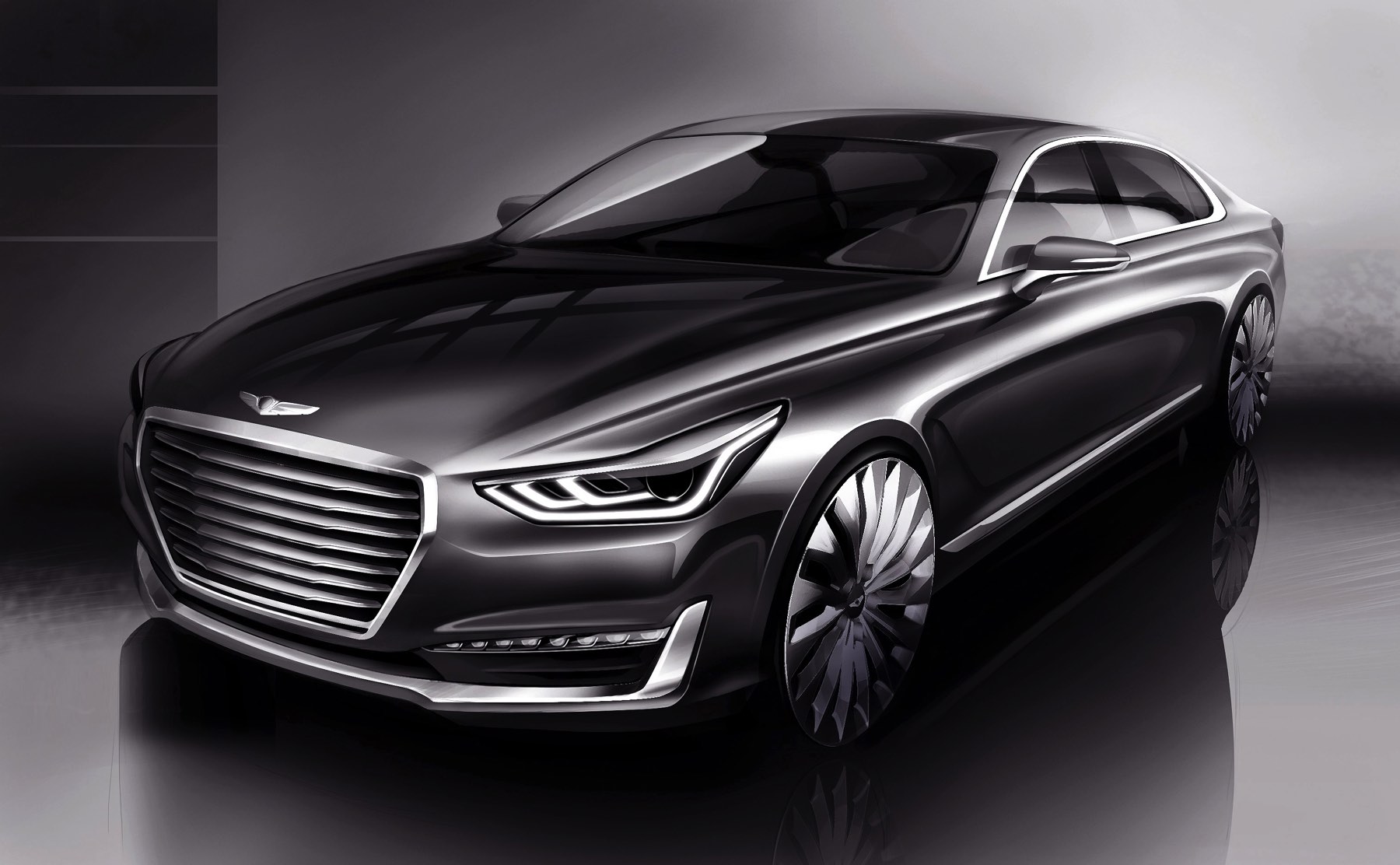 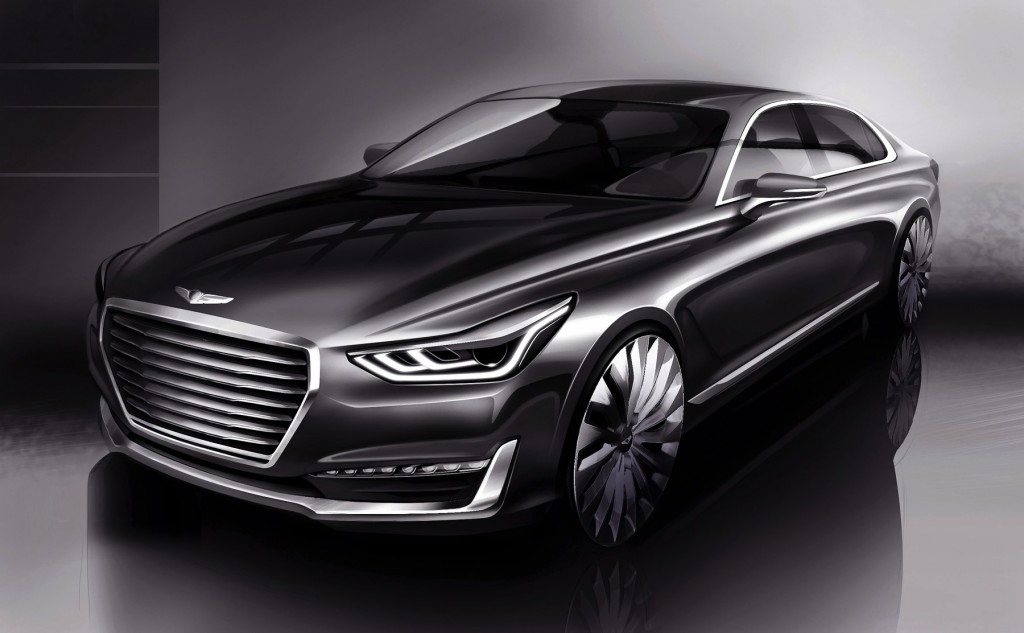 It’s been almost thirty years since American Honda put its toe in the luxury waters with its upscale, near-luxury Acura division. And both Toyota’s Lexus and Nissan’s Infiniti recently celebrated their silver anniversaries with separate – albeit almost concurrent – celebrations and (you guessed it) separate checks. With that behind us, and Hyundai’s (mostly) successful history in the U.S. approaching three decades, the Korean carmaker has announced what many of us had assumed: an upscale arm – dubbed Genesis – manufacturing and marketing the Korean carmaker’s evolving interpretation of luxury automotive design, construction and retail environment.

If the move was predictable, it also seems predictably smart. After too many missteps in its first decade in the U.S., Hyundai started to right the ship in the late ‘90s and has – over the last decade – the company and its U.S. operation seemingly running on all cylinders. As we wrote in our overview of the Sonata Hybrid and Santa Fe a few weeks ago, “in past years you’d see families with multiple Hondas, VWs and – more recently – Subarus. At least anecdotally, I see the same thing happening with Hyundai prospects. Their satisfaction with both the car and the ownership process is very high, and in the post-recession wariness of spending big they regard their Hyundai purchases as more than rewarding; they regard them as smart.”

If owning two Hyundais now seems smart, so can pursuing those customers entering the luxury segment. As reported by Automotive News, Hyundai’s initial game plan is not too dissimilar – at least in product offerings – as those other players in the premium category. With six models in place by 2020 (AN didn’t specify model year or calendar year, but I’d think model year. This isn’t, after all, Alfa Romeo…), Hyundai’s Genesis division will formally launch with the debut of a new flagship sedan; speculation suggests a redesign of the current Equus, to be called the G90. Following shortly after that is a redesign of the current Genesis sedan (G80), and the obligatory entry into the 3-Series segment (G70). Of course, both a midsize crossover and full-size SUV will be part of the mix, as will a coupe. (The division’s new design direction was suggested by the debut of the Vision G concept at Pebble Beach.) The Automotive News column points to a rear-wheel drive architecture, with all-wheel drive available on certain models.

While reading the report in Automotive News, I went back to an Angus MacKenzie column in the November issue of Motor Trend. Mr. MacKenzie, whose background in Brit glossies would have familiarized him with any number of luxury brands, bemoaned the relative scarcity of real luxury – you know, the Duesenberg/Packard version – among today’s upscale carriages. Inevitably, brand managers attempt to imitate someone’s idea of sport luxury, while those in that segment now seem preoccupied with electronic intervention on their way to autonomous driving. And when you do attempt something different (Acura’s ZDX, anyone?) the brand and marketing teams find themselves well ahead of market demand.

As luck and/or strategy would have it, design looks to be a compelling component of the Genesis DNA. Peter Schreyer is both president and chief designer of the Hyundai Motor Group, while the Genesis design director, Luc Donchenwolke, supervised Bentley’s sheetmetal before joining Hyundai. 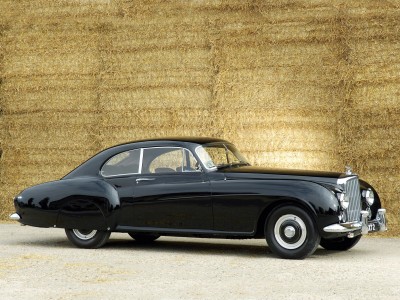 The Bentley Continental coupe from 1952

If, rather than imitating the German establishment, Hyundai could forge its own identity in a manner not too dissimilar from what Bentley has done (and I’m not suggesting a Korean Bentley, nor Bentley Lite…), I believe the end result could successfully seduce the number of buyers necessary to support a separate franchise. And while, given the American audience, Bentley’s ‘silent sports car’ – built by Rolls-Royce from the ‘30s forward – is the iteration we’d most likely get, I also believe there’s something to be said for a Genesis coupe or roadster with a rakish vibe and ‘Bentley Boys’ flair.

As this is announced, the retail experience will piggyback on Hyundai’s existing showrooms. And while there will certainly be tweaks to the retail environment (Hyundai already offers a concierge service for its Genesis and Equus clients, along with quilted 2-ply in its restrooms), this would be an outstanding opportunity to redefine the retail workplace. And by that I don’t mean another Apple showroom. Rather, I’d envision a staff with a real enthusiasm for the automobile, a commensurate passion for customer service, and a real desire to achieve a genuine balance between ‘work’ and ‘life’. Close the showrooms during the week at 7:00, and be heading toward home by 3:00 p.m. on Saturdays.

If there is a current model for that sort of retail environment, it’s probably at the Land Rover store; Genesis execs should grab some khaki shorts and check it out. At the very least, given the ‘Genesis’ banner over the showroom door, staff should get Sundays off… 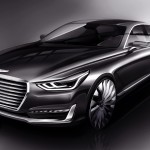 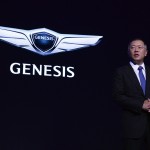 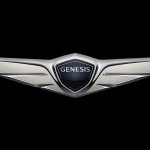 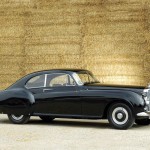 The Bentley Continental coupe from 1952