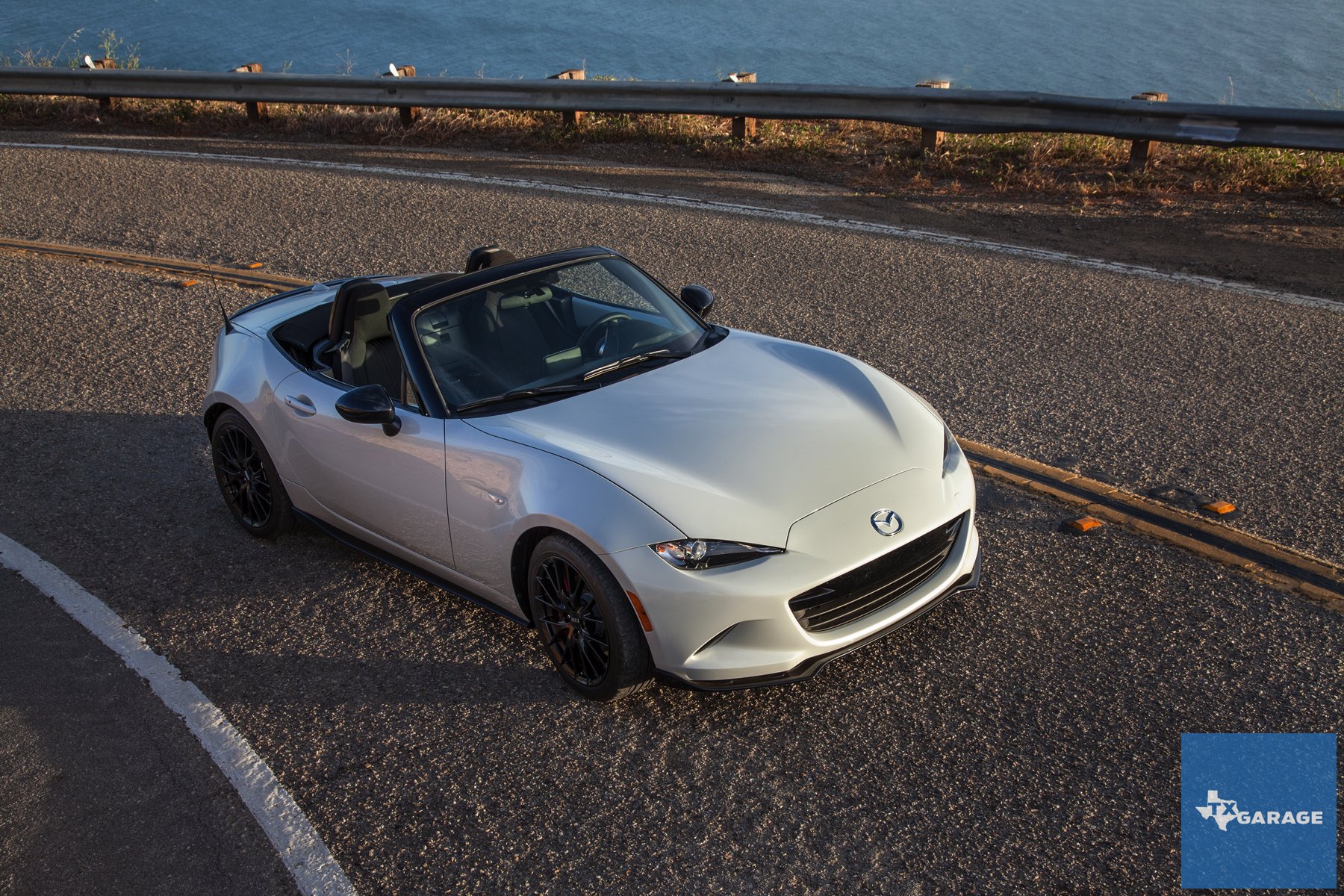 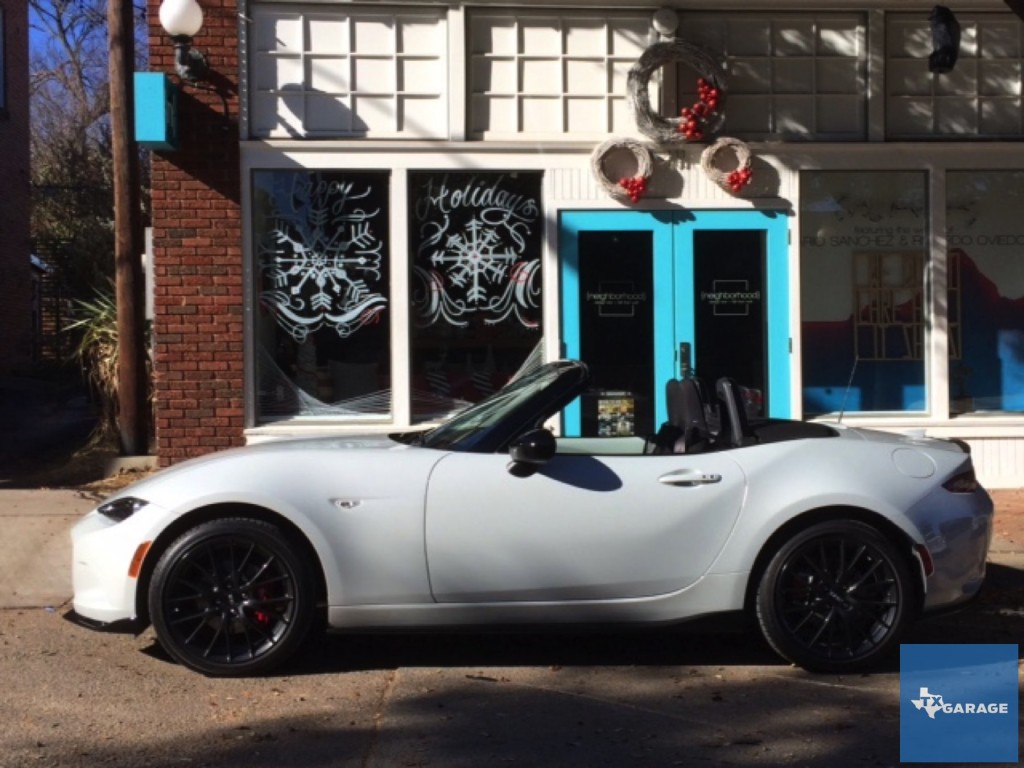 At the end of calendar year 2015 you won’t find many writers, reporters or journalists referencing their bookcases (OK, maybe journalists). At this moment in our young century books are so-o-o-o last century; even audio books seem little more than quaint. With all of that, I’m referencing a book by Ralph Stein, dubbed The Greatest Cars, published in 1979. Stein, a long-time observer of prewar Classics, gave his editorial nod to (in no particular order) Alfa, Duesenberg, Bugatti, Mercedes, Ferrari, Bentley, Hispano-Suiza, Isotta Fraschini, Maserati and Rolls-Royce. And while not disagreeing with Mr. Stein’s judgment, I’ll respectfully add one more (because, at that point he couldn’t): Mazda’s MX-5 Miata.

While eminently more attainable than any of the cars on Stein’s list, and with the exception of Alfa far more diminutive than anything he mentions, the Miata meets Stein’s most rigorous qualifier: Involvement. That involvement can be on an emotional, physical or (almost) spiritual level. If a car hits just one it moves toward the list; grab two and it’s most certainly on the list. We think the Miata runs the bases, with an emotional tug as you first view it, a physical connectivity rarely achieved in a machine fully capable of meeting both emission and safety laws, and an almost religious fanaticism by those enthusiasts of the marque. Mazda’s latest marketing tells us ‘driving matters’. After only a brief time behind the Miata’s wheel we’re prepared to say ‘well, of course driving matters’. Why else would you/we drive?

With some 90 days last summer spent in a long-term Miata, I was repeatedly reminded of that Miata’s almost innate connection with the road, while admitting the 3rd-gen (introduced in 2006) was – perhaps – ready for a reboot. But as a fan of the Elan-inspired original I wasn’t quite ready to accept the wholesale redesign of the new-for-’16 roadster; nor, apparently, were some critics. Former Chrysler design chief Tom Gale, quoted by Motor Trend, took issue with both the front and rear sheetmetal, while the same pub’s Angus MacKenzie saw the new MX-5 as “something of a missed opportunity. It could have been stunningly gorgeous. But it isn’t.” 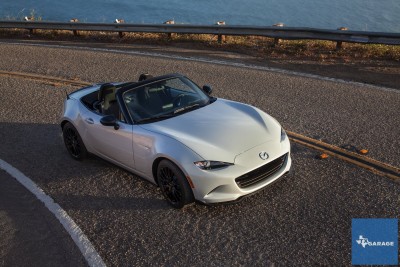 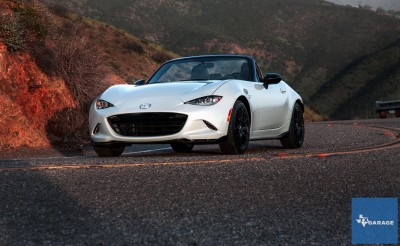 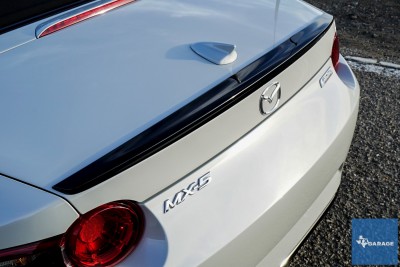 Lacking the design intuition of Gale or salary of MacKenzie, I’ll simply note that the Miata looks far better on the road or driveway than it does in photos or at car shows. And while the shape(s) may or may not seem stunningly gorgeous, they certainly are stunningly dynamic. And like my (personal) take on women, I’ll take ‘dynamic’ over ‘gorgeous’ most days – or nights – of the week.

If the shape may seem controversial, there’s no debate on what’s hidden within. With lighter weight accompanied by a lower hip point, the last-gen Miata – in comparison to this gen – seems more Lincoln than Lotus. Dynamically, point-and-shoot takes on a whole new meaning, even with but 155 horsepower under its shapely hood. (And worth a mention: the 2.0 liter’s twin overhead cams are unencumbered by an engine cover – just as God and Alfa engineer Giuseppe Busso had intended). The immediacy of the powertrain, steering and brakes (our test vehicle, a ‘Club’ variant, had the optional Brembo/BBS package – at over $3K) is crazy good; it’s so good that those wishing for a return of the Lotus Elise to our shores can stop wishing and start budgeting for the new Miata. 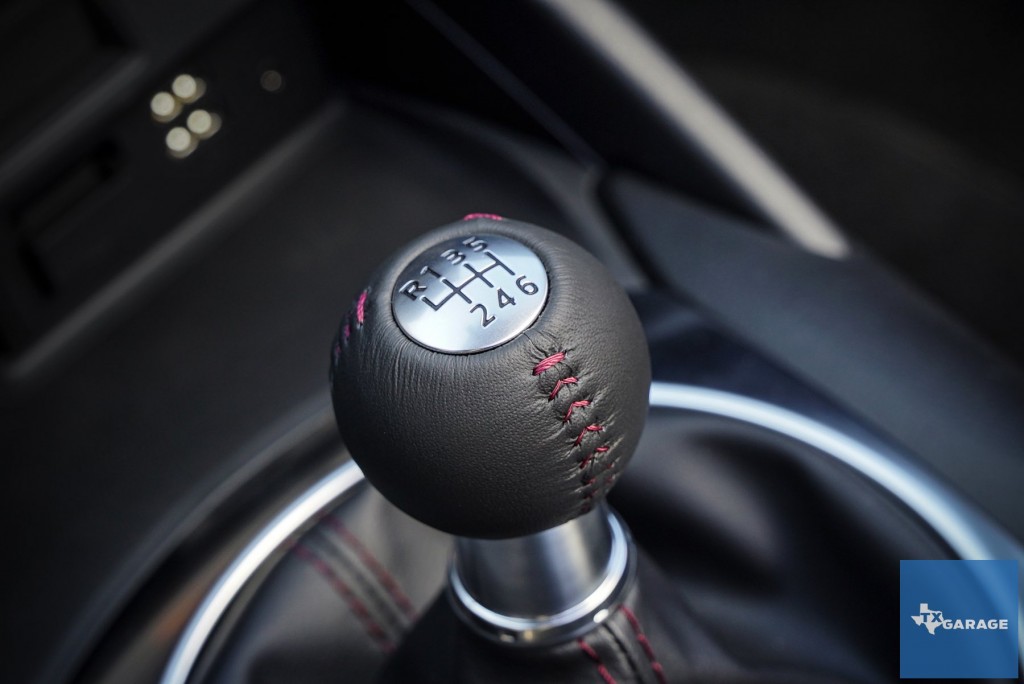 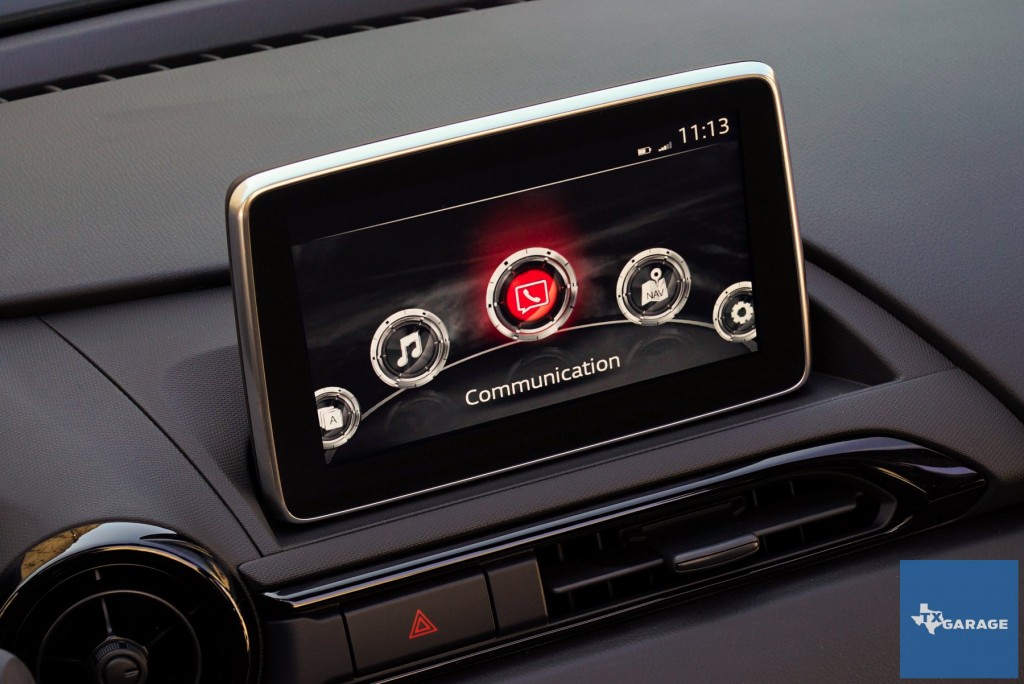 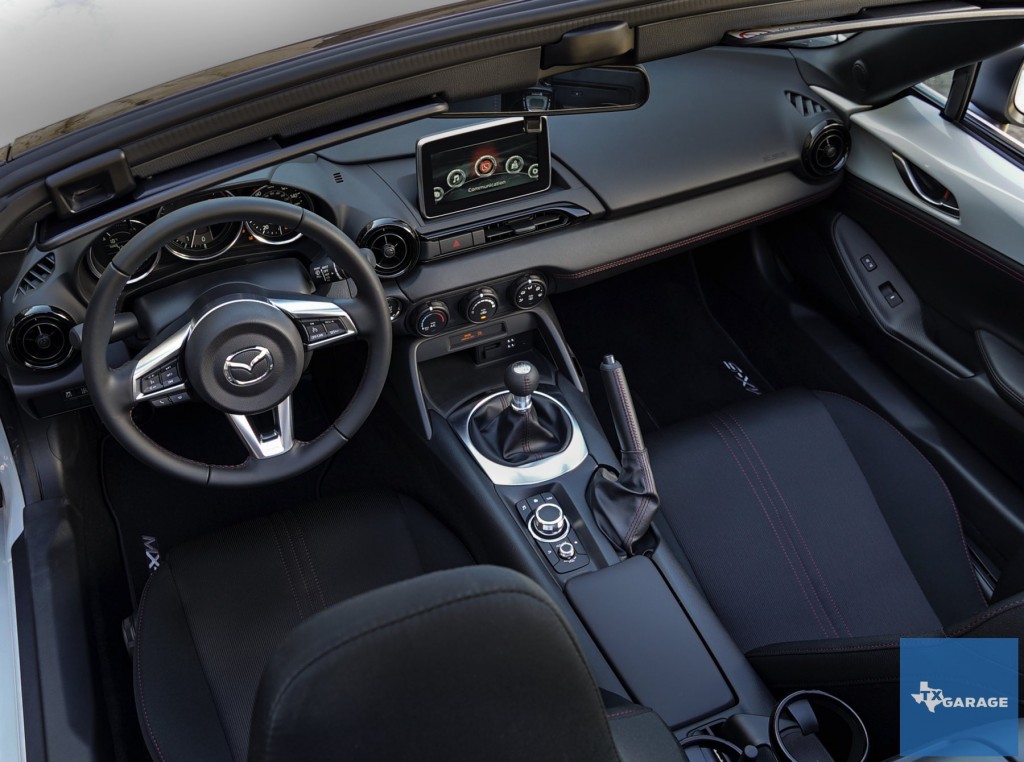 Of course, with Elise-like handling so is there the requisite Elise-like minimalism. While boasting an interior that ‘maximizes the pleasure of open-top driving’, know that interior storage is minimal, and the aft-mounted cup holder gives you more potential for an upset than an accommodation. In short, don’t order the Venti…

Once seated, however, most of the storage shortcomings are forgiven, at least for those under six feet. If you can imagine a more tightly drawn Jaguar F-Type with 4-cylinder power, this is the car you’d configure. The engine’s horsepower may not be the magical/symmetrical 200 we’d have wished for, but the engine’s midrange is bountiful and the 6-speed manual and clutch interface is as good as these things will ever get. In the new Miata, every ‘Walter’ is a ‘Mitty’ – and every ‘Lewis’ feels like a ‘Hamilton’.

In an ideal marketing world they’d have kept our Club variant – with options – under $30K, or include the Club’s tauter suspension and limited-slip on every version of the new Miata, including the base Sport. When Boxsters, however, start at $50K and can quickly climb to $75,000, we’re not complaining. The Miata is a life-changing event – for no more coin than your typical life-changing marriage. 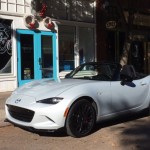 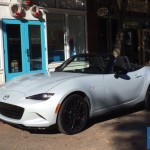 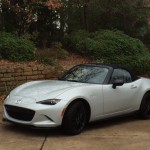 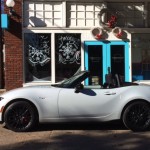 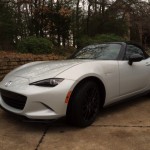 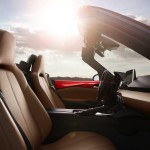 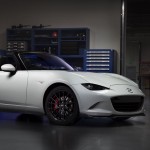 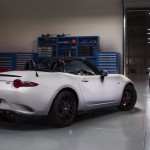 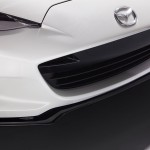 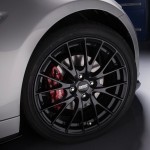 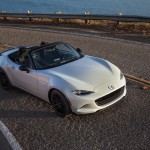 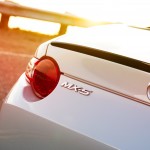 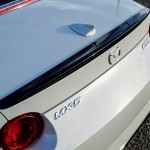 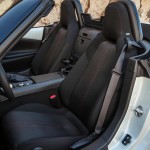 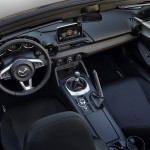 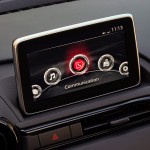 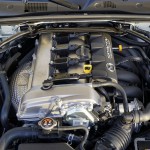 Lexus IS 200t: Winner of the Triple Crown?
2016 Toyota Tacoma: You Can’t Always Get What You Want
Event Calendar