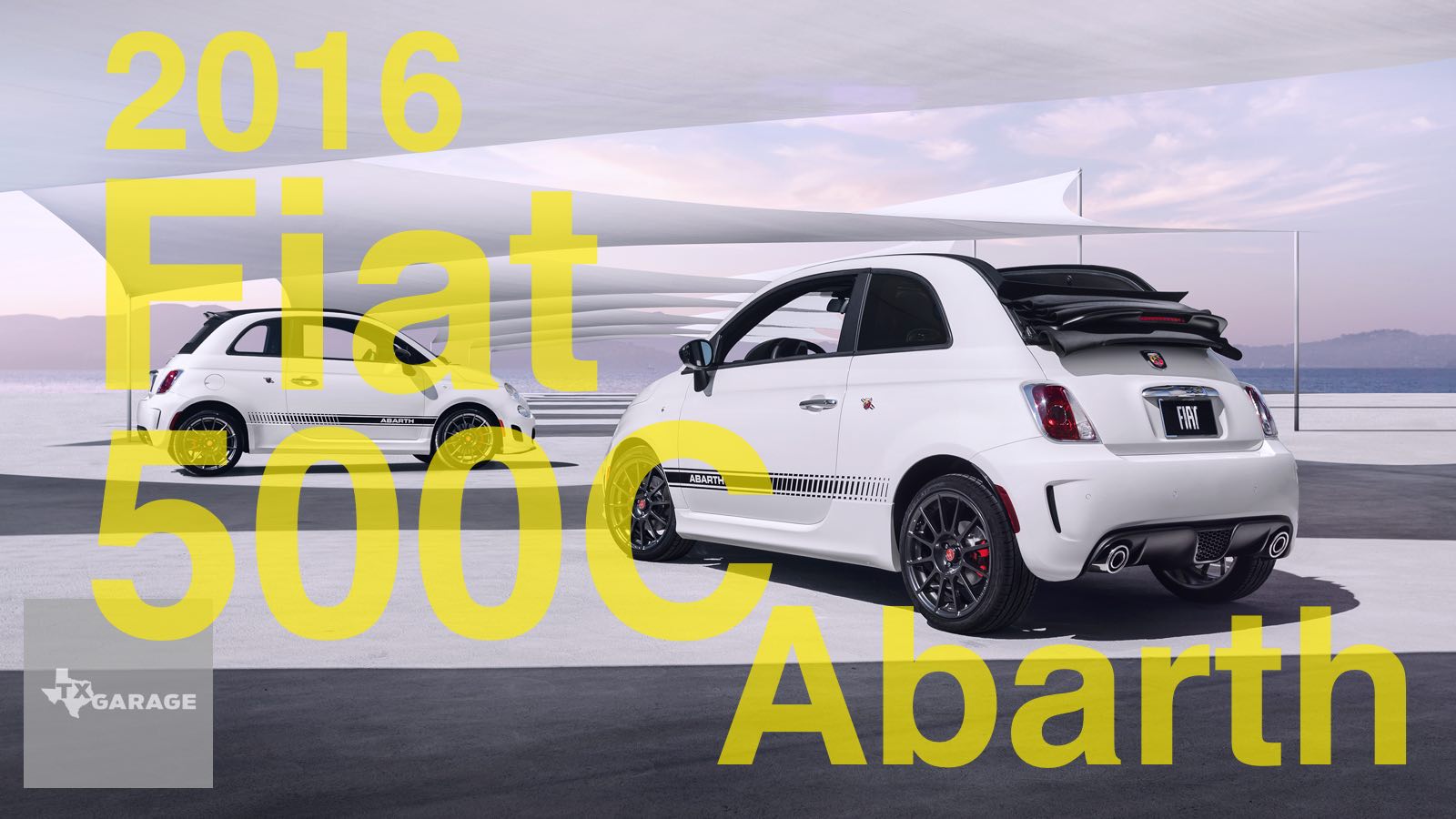 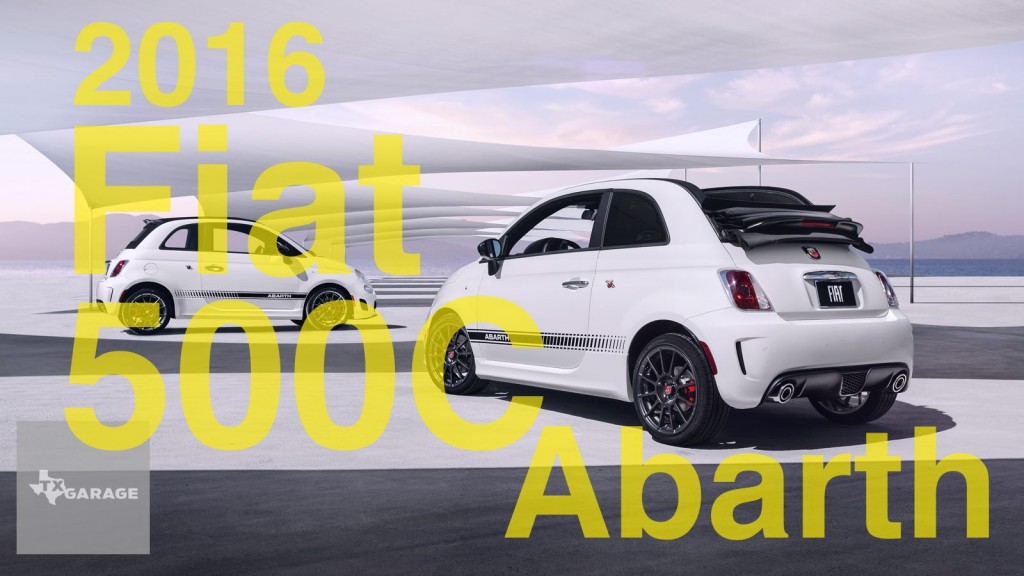 The 2016 Fiat 500C Abarth Cabrio is the affordable cure to a midlife crisis. One of the most stylish compact cars on the road (it is – after all – Italian), the Cabrio has no practical back seat and the trunk space is laughable, but get behind the wheel and you won’t want to let go. The car is built to go fast, be loud and make your neighbors jealous – it’s not the car for an introvert.

The original Fiat 500 (“Cincquecento” in Italian) began life in postwar Italy as a tiny rear-engine car powered by a two-cylinder engine. It was inexpensive, easy to park on crowded city streets and became wildly popular with young European drivers. Carlo Abarth, an Austrian racing car designer and tuner, joined Fiat in the early 1970’s and became famous for turning stock vehicles into racers. In 2007, on the fiftieth anniversary of the introduction of the Nueva 500, Fiat introduced the current generation 500 as a front engine/front-wheel drive car with a distinctive retro look.

The base 2016 Fiat 500 is powered by a relatively tame 101 hp, 1.4 liter four-cylinder engine that can be mated to either five-speed manual transmission or an optional six-speed automatic. But the Abarth model is a whole different animal; it comes with a 160 hp, 1.4 liter MultiAir Turbo engine mated to either a 6-speed manual or automatic transmission. The automatic Abarth, the subject of our test, delivers EPA fuel estimates of 24 mpg in the city and 32 mpg on the highway. And on those (frequent) occasions when you don’t give a d*mn about the EPA the Abarth will get you from 0-60 in just over seven seconds.

But it’s not just the peppy powertrain that makes you want to drive this little car really fast. There’s the concentric “double-tip” dual-exhaust system that delivers a menacing Abarth-tuned roar that’s both loud and fun to hear. Switch into Sport mode and the car becomes track-ready, employing performance features such as fuel-cut upshifts, rev-matching downshifts and corner gear hold.

The Abarth 500 receives some exterior upgrades over the standard 500 to give it a more aggressive, athletic look. Fiat badging is replaced with Abarth shields that sport a stylized scorpion, and the Cabrio features a power-operated cloth top that you can retract while driving.

MSRP pricing for the base Fiat 500 Abarth starts at $22,495 and the Cabrio version adds about another $4,000. You could try and cure that midlife crisis with a Ferrari, but the Fiat Abarth is a whole lot cheaper (an assisted living center – and its fees – will be your home before you know it) and almost as much fun. 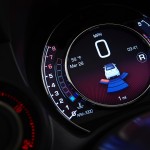 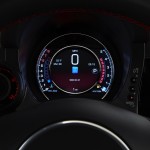 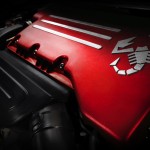 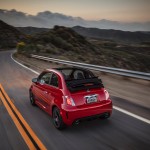 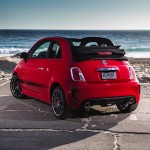 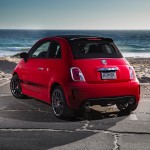 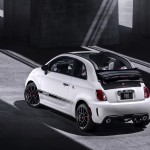 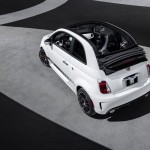 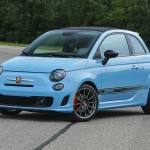 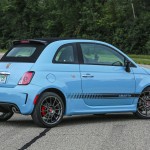 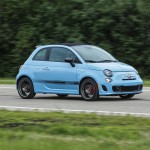