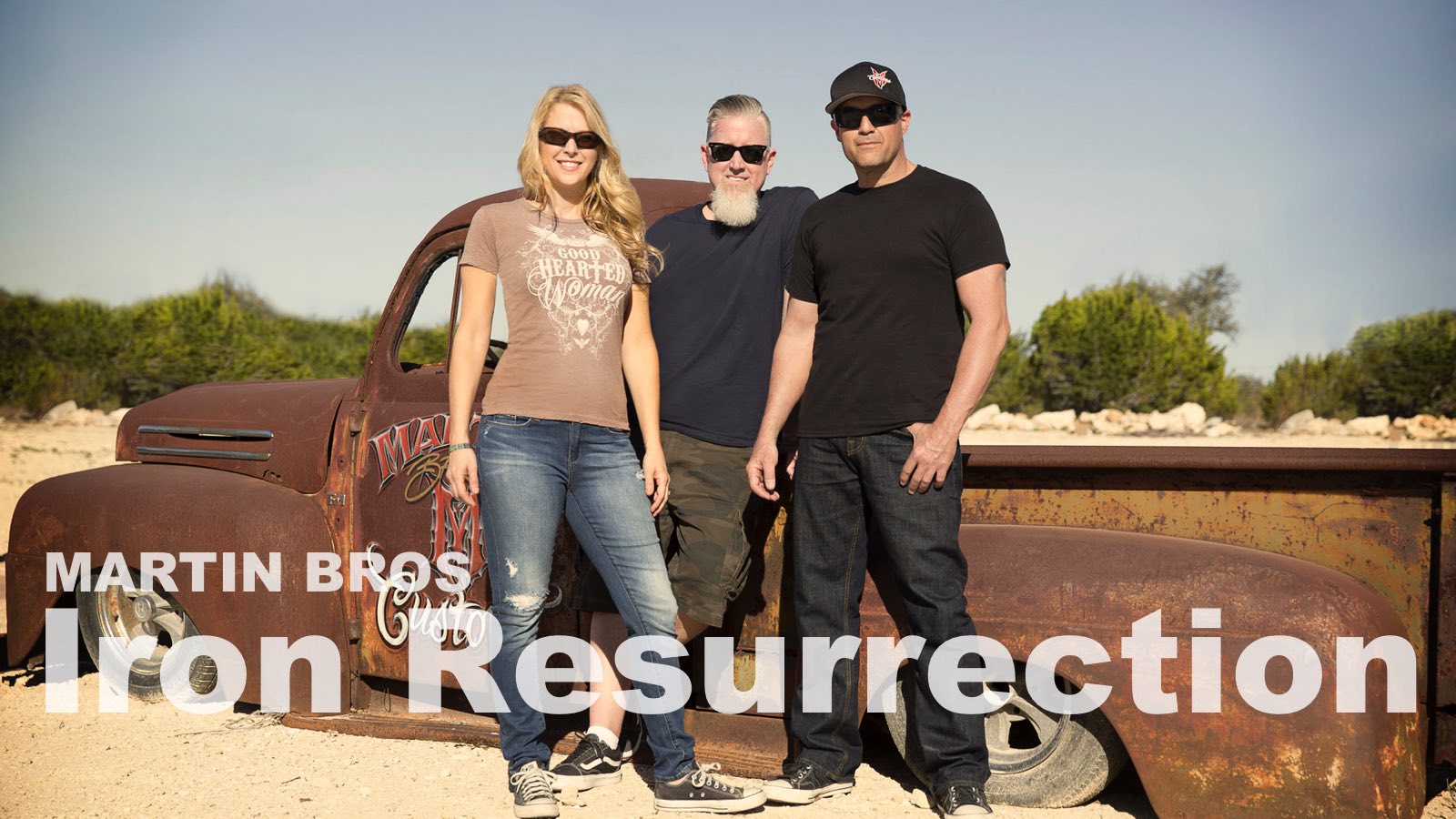 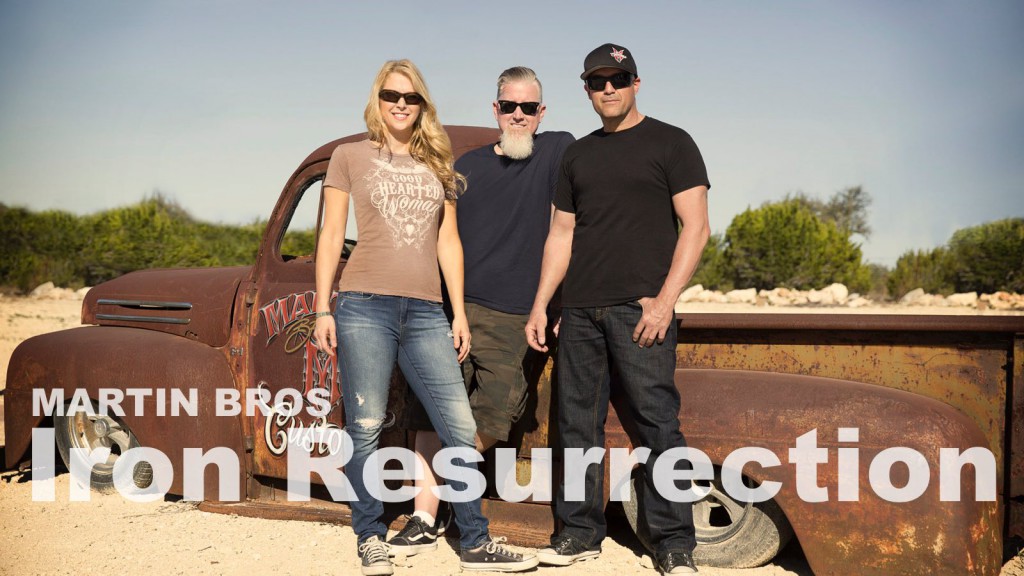 Attention gearheads, car buffs, collectors, and auto aficionados – a new show is coming to the Velocity Channel April 13, and features a new shop with a familiar name. Joe Martin, of Martin Bros Bikes, has opened Martin Bros Customs in the Texas Hill Country. And his first six shop projects will be featured on the new Velocity series called ‘Iron Resurrection.’

Joe Martin got his artistic start in middle school in the Dallas suburb of DeSoto, drawing everything from Conan the Barbarian to cars to parent signatures on progress reports for classmates. He moved on to painting helmets, skateboards, and bicycles, eventually finding work at an aftermarket accessory store. There he learned the mechanics of vehicles, while his coworkers learned of his painting talent, giving him side work on their rides. Eventually he received so much work that he found himself taking a leap of faith and venturing off on his own, doing custom jobs he was getting by word of mouth.

Soon Joe realized he had to expand his operation from the back of his little truck, locating a house with a large shop where he could handle the workload coming in. It was about this time he also brought younger brother Jason into the operation – and Martin Bros Bikes was born. While Joe loved working on cars he realized motorcycles were much easier and faster to turn around, while the bike clients never haggled about price.

His work was soon getting national attention as the brothers won some EZ Rider shows that rolled through town, which led to features in the magazine. This was in the late-90s/early 2000s, and the custom chopper craze was blowing up. Newfound fame led to the expansion of Martin Bros Bikes, eventually building custom exhaust pipes and offering other aftermarket accessories, including custom wheels. About the same time the Martin brothers got the attention of a couple of producers for the Discovery Channel.

Within a two-week period, Joe and Jason Martin were fielding calls to be featured on two new shows on the Discovery Channel – Biker Buildoff and World Biker Buildoff. Getting the OK to do both, the pair enlisted the help of some friends as their little shop south of Dallas built some of the wildest custom bikes the TV audience had ever seen. Despite losing the first TV series competition, they won every contest after that.

Following more than a decade of success, 2008 hit and the custom aftermarket took a big downturn. Disposable income was drying up (or disappearing), and Joe was forced to do some soul searching as he downsized his operation and crew. He says this was a welcome time, forcing him to refocus his priorities. Joe returned to doing individual custom work as he went from the limelight back into the workshop. Over the next few years he decided to relocate to the Texas Hill Country, where he loved to go on road trips.

Joe and his new bride Amanda found themselves in the town of Dripping Springs, just west of Austin. He already had a base of friends in the greater Austin area, and coincidentally another top customizer – Jesse James – had relocated to that same area as well. Joe did a little work with Jesse as he began building up his own business there. And then his former Discovery Channel producer, who was now working with Velocity, came calling with a question: “Do you guys build cars?”

Cars, bikes, boats, trucks…Joe has built and customized them all, and Martin Bros Customs was born. Trouble is, now he needed a new shop large enough to handle the workload – and he needed projects. Enter the spouse, Amanda, and old friend Jayson “Shag” Arrington. As Joe built a new shop just outside city limits, Amanda and Shag scoured the Texas Hill Country for old classics that needed new life. Those vehicles saved from the automotive graveyard are taken back to the shop where Joe and his crew (Mike Z, Shorty, Pompa, Manny V, Dirty Grande, Jason, and Cato) go to work on breathing new life into these old iron hulls.

When asked if he considers himself an artist, Joe humbly hesitated at first, and then described himself as if he was reading the Webster’s Dictionary definition of an artist without actually calling himself that. To everyone who has seen his work, however, the artistry is obvious. One look around the “gallery” that is his new shop and you see the proof of his work in the iron canvasses occupying nearly every square foot of every bay. When questioned if he had a favorite vehicle he listed nearly every car designed by the GM’s late – and legendary – designer Harley Earl, who gave the world classic Caddys and Corvettes.

Joe says he is not just going to do “popular” cars but some of the ugly ducklings from over the years as well; in short, he wants to give every old piece of iron a second chance. “I want the viewers to see something different,” Martin said. “I want to showcase the passion we have for building these custom creations, and maybe in the process we can inspire someone at home to get up off their butts and work on their old vehicle that’s been sitting in the garage or barn for years.”

Six episodes will air on Wednesday nights, beginning April 13 at 10 PM ET/PT. Some of the classic iron includes a 1962 Chevrolet pickup, 1964 Cadillac convertible, 1953 Ford Ranch Wagon, 1973 Pontiac Firebird and a handful of others, including some custom bikes. Prepare the way…for an Iron Resurrection. 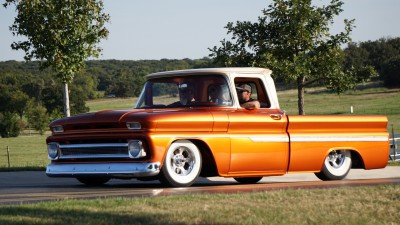 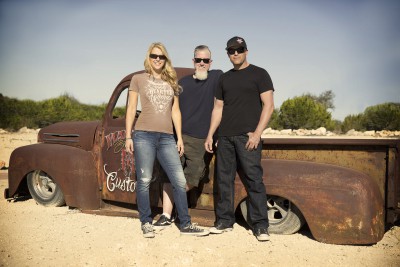