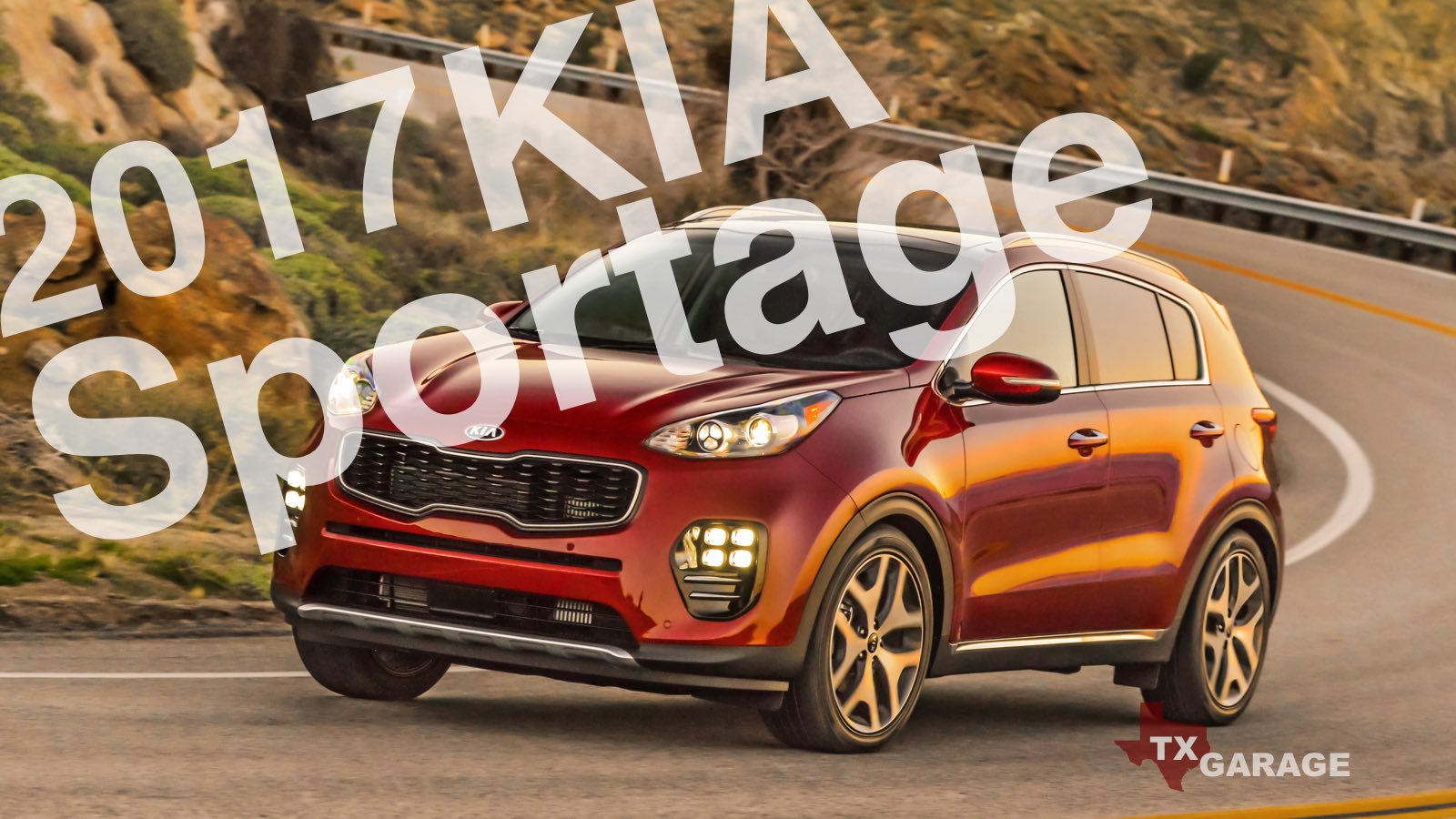 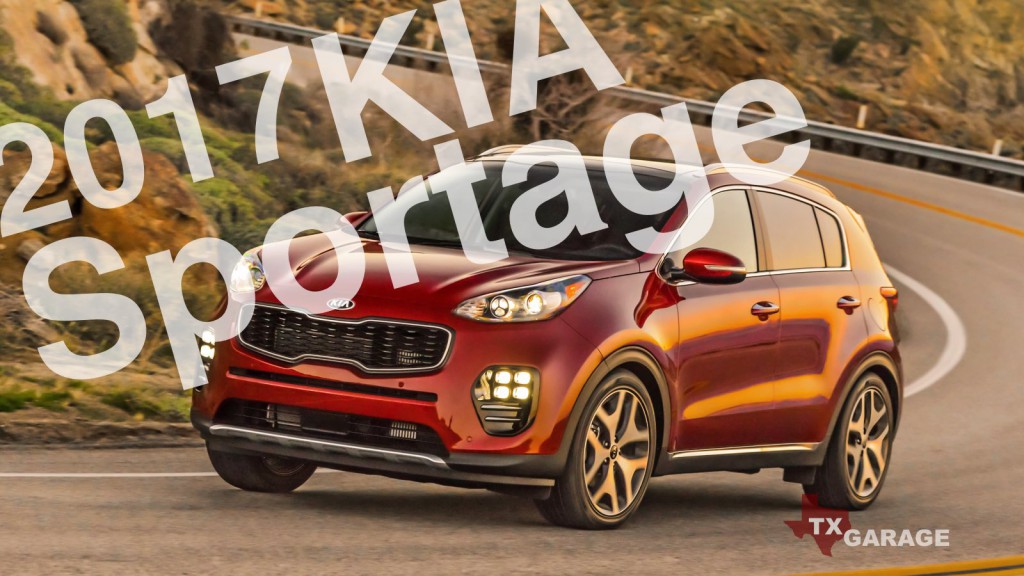 In a launch ad for the all-new Kia Sportage, Kia’s marketing team has the driver, a 20’s-something male, searching for a collectible via the Sportage’s connectivity. In the TV commercial, which is well produced and reasonably visual, there’s no mention of the Sportage’s stiffer structure, turbocharged powertrain or premium materials (which is what the media material leads with…); only the advanced driver assistance systems, which – we can guess – are no more advanced than your iPhone or Samsung. And the lack of product details is a shame, for Kia’s Sportage is rapidly evolving from a somewhat raw – albeit entertaining – niche product to a viable player in the compact CUV sweepstakes.

Of course, its evolution into a slightly larger, more mainstream product might be off-putting to those fans of raw and niche. In an earlier drive of the Sportage – when it last received a refresh – we were impressed by its spontaneity, while less impressed by a platform and drivetrain still in need of some Honda/Toyota refinement. Of course, given its tightly drawn platform there wasn’t much ‘utility’ in this sport utility; those looking for practical cargo space should have held onto the Volvo wagon. But for those wanting a fun, urban-oriented adventure vehicle for, well, your urban adventures, the Sportage – at under or around $30K with a turbocharged 2.0 liter – was an intriguing option in a world stuffed with modestly powered RAV4s and CR-Vs.

Fast-forward to 2017 and we’re able to see the fruits of the Sportage’s – and by extension, Kia’s – evolution. First is the slightly bigger footprint, with a wheelbase up by just over an inch, overall length increased by two inches and curb weight ballooning – who knew Koreans liked ice cream? – by between 200 and 300 pounds. And that, coincidentally, is the approximate weight of one overfed American. In our view you feel every pound…of the Sportage’s weight gain, not the American.

If the newest Sportage suffered in its first impression, it was when driving it immediately after enjoying its sedan sibling – the Optima SX Turbo – for the previous week. With essentially the same drivetrain, and the sedan some 400 pounds lighter, the 4-door Optima behaved almost surgically when compared to the Sportage. The difference wasn’t scalpel versus a blunt axe or Lotus vs. Lincoln, but there was a difference. With all of that, here are the impressions:

EXTERIOR: Beyond the boost in size is a boost in perception. The previous Sportage greeted you with a light, athletic – almost ‘frisky’ – vibe, while the new-for-’17 is perhaps more stylish but, at the same time, more reserved. If the ’16 was Jane Fonda as Barbarella, the new one is Jane Fonda as Mrs. Ted Turner. Obviously, nothing wrong with either iteration, but as a kid I would have never hung a poster of Mrs. Turner on my bedroom wall. With that, having spent a week recently with Lexus’ new RX, Kia’s Sportage is a prescription for a return to visual sanity. And we are forever thankful.

Despite its larger size the Sportage overhangs remain short, its wheel arches remain – per the press release – bold, and the overall impression is one of good taste. In fact, looking at it from the rear ¾ we were struck by its similarity to Audi’s Q5…the high quality understatement of an Audi, for roughly 2/3rds of the money.

INTERIOR: Like the Optima we enjoyed the previous week, the Kia design team has seemingly nailed the elusive art of combining upscale, traditional design elements with modern tech. To be sure, this isn’t your uncle’s Jaguar, but neither is it Tesla’s Model X. The Sportage’s dashboard includes both a driver-oriented ‘cockpit’ along with two distinctly defined zones. The upper display conveys the info, while the lower half provides ‘easily identifiable’ (really) controls and switchgear, making adjustments to the dual-zone climate system, audio and secondary controls both easy and instantly intuitive. The touchscreen is, like your mama bear, just right.

With the slight bump in exterior size the interior also gets larger, both physically and from a perception standpoint. Headroom grows by 6/10ths of an inch in the rear, while the rear floor is lower by 1.6 inches, which can’t hurt ingress or egress for the elderly or infirm. (And with an aging population, that’s a benefit to a dramatically increasing number of American adults.) Cargo space behind the rear grows from 26 cubic feet to almost 31 cubic feet; it’s enough space to place the elderly or infirm if they can’t climb into the back seat.

Some of the dash and door plastics remain too hard, but beyond that there’s little to criticize – and much to like.

ON THE ROAD: The platform of the new Sportage benefits from all-new front and rear suspensions. Up front a four-point bushing setup delivers greater stability and a more predictable response to this country’s variable road surfaces, while stiffened wheel bearings and bushings contribute to more precise handling. In the rear, the engineers adopted a dual-member shock absorber housing, and now both FWD and AWD models receive a dual lower-arm multi-link setup. And as you’d hope and/or guess, the SX Turbo receives firmer shocks to ‘deliver sharper handling befitting its athletic personality’. Yup.

On the road, we certainly enjoyed the Sportage’s newly gained maturity, while wishing there was a tad more of the aforementioned spontaneity – along with a window sticker roughly 10% less dear. This is one very good compact CUV that, from an on-the-road/behind the wheel perspective seems almost midsize in its capacity and maturity.

With sixty monthlies you may not live happily ever after, but you could live competently ever after. In a design environment increasingly crowded with ‘expressive’ sheetmetal, Kia’s Sportage is a sublime respite, both visually and functionally. If a compact or midsize CUV is on your bucket list, give the Sportage – in any guise – a thoughtful look.