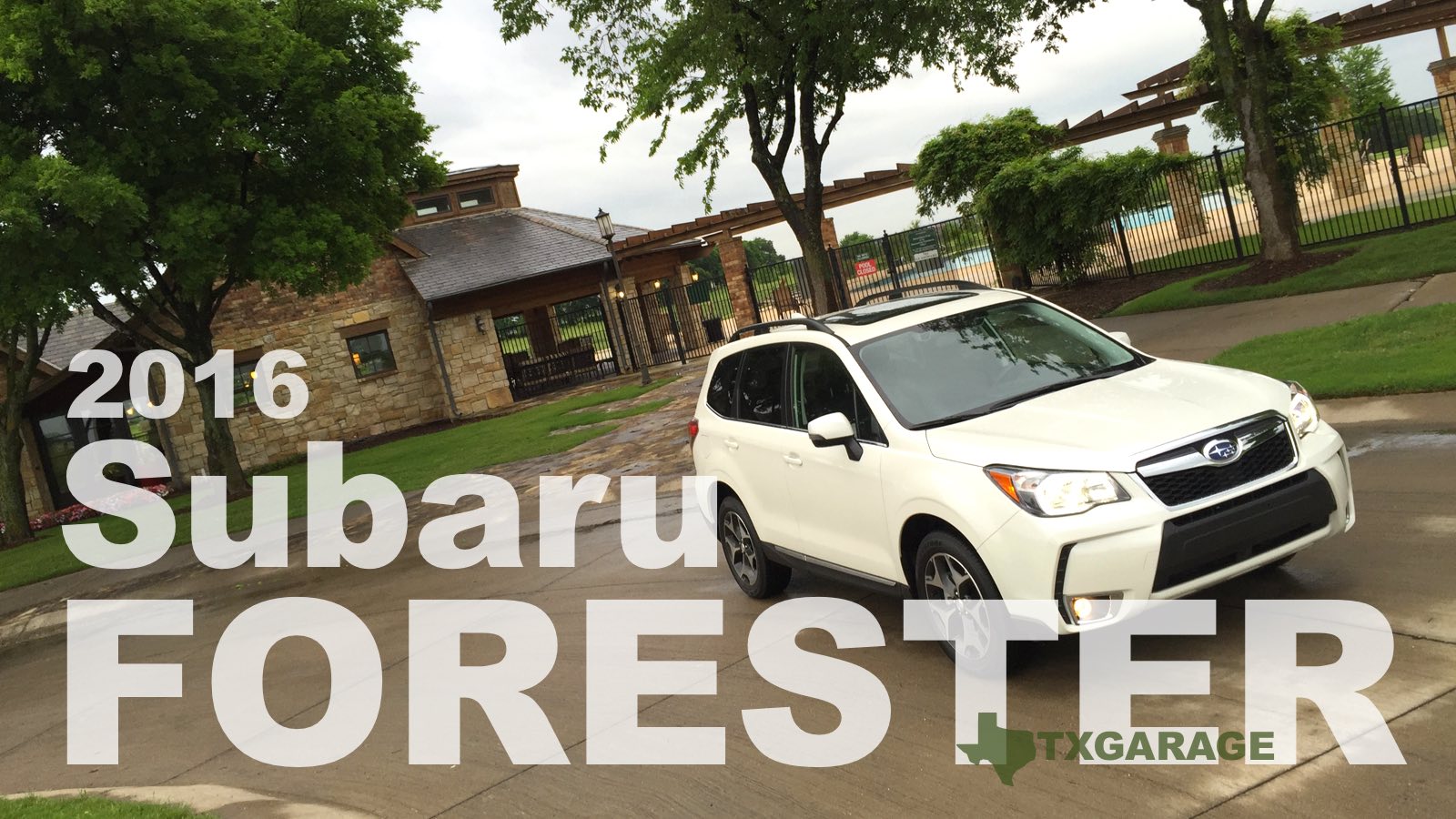 In 2012 Subaru came out with its 4th generation Forester, and although this vehicle has become more of a crossover than a wagon it still has the same appeal as it did when the Forester was first released back in 1998. This was a crossover built on a car platform, the Impreza, at a time when no one else was really doing that. It drove more like a car, but with a higher seating position and you still got Subaru’s great all-wheel-drive system. This combination led to a hit with enthusiast crowds but not always the mainstream. And that’s fine, as Subaru has built its reputation with enthusiasts, which garners them more mainstream attention as well. So, here in 2016 we’re still in the 4th generation of this crossover and it’s got a lot more competition to deal with. How, then, does it work?

The exterior styling, while screaming Subaru, isn’t anything to write home about. You get some pretty bland and basic sheet metal all the way around, headlights and taillights consistently styled with the rest of the lineup and a basic, functional grille with Subaru’s star in the middle. I quite liked the wagon look of the first generation and have seen several that have been tricked out with aftermarket parts to make some very unique vehicles. I just don’t see the same sort of things happening with this current generation and its styling. This isn’t necessarily a bad thing, as the Forester is a utilitarian vehicle and the design spells that out well.

Moving inside, I’m afraid it’s much of the same; you get a basic, utilitarian interior. Even with the top-of-the-line vehicle equipped with leather and buttons galore you’ll be left wanting. My tester was a 2.0XT Touring with a base price of $33,795 and our sticker hit in at just over $36k – if I’m spending that kind of money I really want something that’s going to at least impress me when I jump in every day.

None of this is to say this crossover is bad. Where your money is going is not to a fancy interior or fancy sheetmetal but to the utility of the vehicle. Under the hood of the Forester 2.0XT is Subaru’s 2-liter turbocharged Boxer engine pushing 250-horsepower. This is a solid powertrain and easily moves this crossover down the road. The engine is matched up with a CVT (a transmission that I’m personally not too fond of), but the combo can achieve 23-mpg city and 28-mpg highway.

The big deal with this Forester is obviously its all-wheel-drive and X-Mode, which is added as a performance option. If you’re driving around in a RAV4 or a CR-V and you come to an off-road path – how confident are you? With the Forester you’ll be much more confident in taking it out for your camping trip or down to the river for some weekend fishing. This is the utility that has made the Forester successful and it lives on in 2016.

If it were my money, I’m the type of guy wanting something a bit more sporty and with a sharper, more focused design – something like the new Hyundai Tucson. But there are plenty of guys that I would recommend the Forester to, as I know they’re not worried as much about the design as they are about utility. And this is a great utility vehicle.

2016 SCION FR-S – WHAT TO DO WITH VERSION 2
Art With a Purpose: Mr. Rod’s Camaro – and it’s Millennial Caretaker
Event Calendar