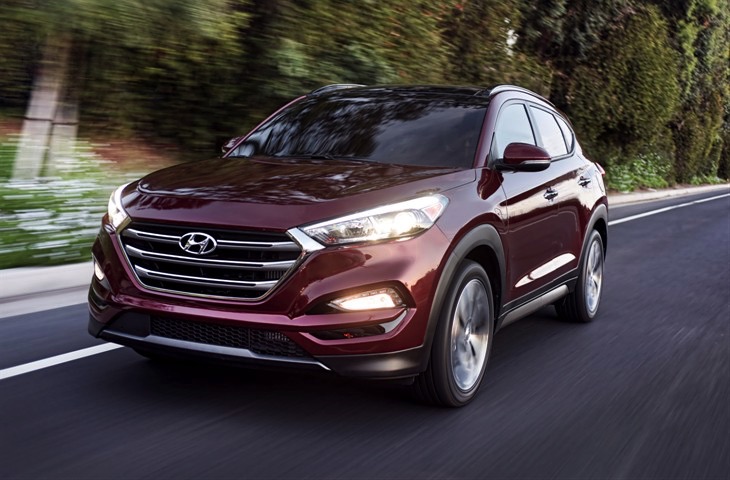 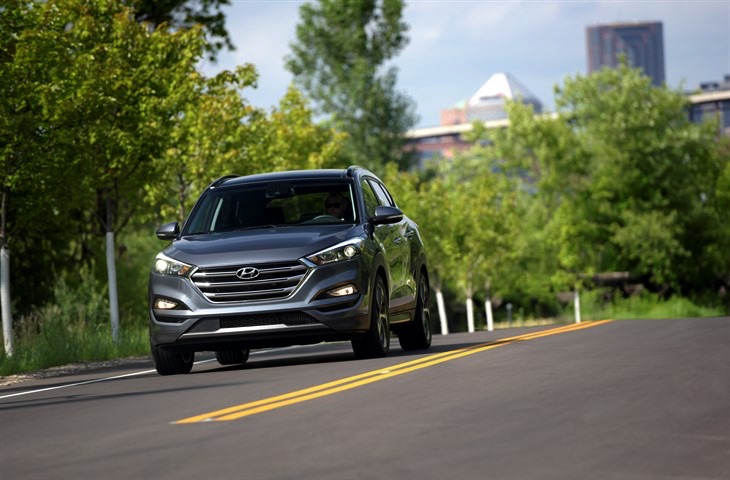 It’s been almost a decade since the launch of Hyundai’s 2nd-gen Santa Fe. Redesigned for the 2007 model year, I’m not remembering where Hyundai introduced its largest crossover to the media, but I do remember the vehicle they had for purposes of comparison: Lexus’ RX 350 crossover. The presence of a Lexus product at a Hyundai launch was – at the very least – daring, and to at least a few of us just plain crazy. But such was the refinement of Hyundai’s redesigned Santa Fe that the juxtaposition proved neither daring nor crazy; instead, it was only strategic. And while a Lexus wasn’t present at the debut of Hyundai’s all-new 2016 Tucson, Hyundai didn’t need it. The point has been made and made and made: Hyundai builds and sells vehicles with competitive quality, features and – most recently – performance.

If you didn’t know the compact CUV (crossover utility vehicle) was the hottest segment in an overheated industry, turn off the TV, get in your car and find a parking lot. There, you’ll literally trip over Ford Escapes, Honda CR-Vs, Toyota RAV4s and – to a slightly lesser extent – Nissan’s Rogue, Hyundai’s Tucson and Kia’s Sportage. In defense of the Rogue and Tucson, both Nissan and Hyundai cite lack of capacity to support the potential volume of sales. And both companies are working overtime – literally and figuratively – to reduce their respective shortfalls. 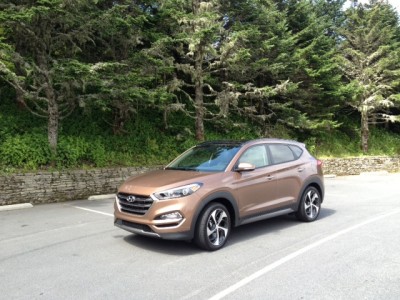 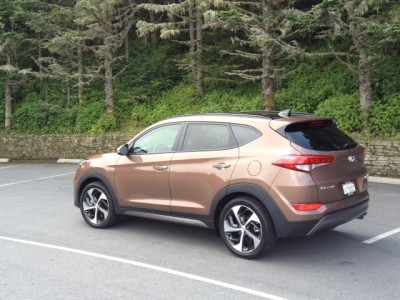 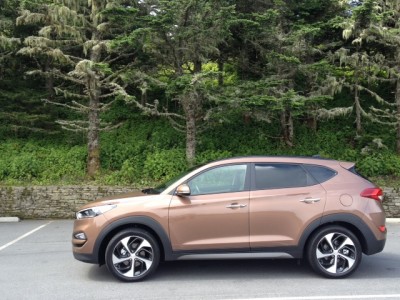 With its additional space – and, not incidentally, added performance and refinement – the compact CUV might occupy the sweet spot on America’s byways. With an overall length that is shorter than the now-ubiquitous midsize sedan, a higher hip point providing better visibility, and efficiency that now almost equals the most miserly Camrys and Accords (except the hybrid variants), there are few downsides to making the jump from Accord to CR-V or Camry to RAV4. Hyundai, of course, would prefer you make the jump from Honda to Hyundai; its all-new Tucson makes that transition supremely easy.

If the previous Tucson wasn’t on your radar, be easy on yourself – it wasn’t entirely your fault. Relatively non-descript in both its design and execution, the first and second generation Tucsons were overshadowed by virtually everything else on a Hyundai showroom, including the desks. In contrast to the adventurous sheetmetal of the Sonata or efficiency of the compact Elantra, Hyundai’s compact crossover was neither adventurous nor particularly efficient. And while the changes wrought for 2016 may not rewrite the book on CUV design, the Tucson’s assemblage of virtues seemingly check all of the boxes on both the build and buy orders.

Outside, the newest Tucson seems more organic – and integrated – than the sheetmetal of its predecessor. And while not generic in its execution, behind the corporate grille you can detect elements of both Ford’s Escape and – to a lesser degree – Toyota’s RAV4. We liked the proportions and stance, thinking that if Hyundai had that second sales channel for Genesis this smallish Hyundai would fit right in. And in contrast to recent efforts from Nissan (Murano) and Lexus (NX 200t) the Tucson looks like a Young Republican, or – at the very least – the South Korean version of same. 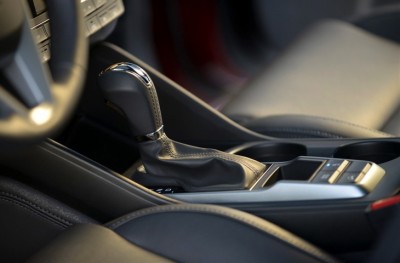 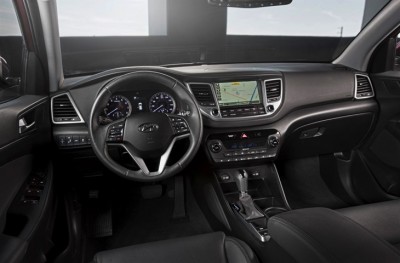 Inside, a lengthened wheelbase (one inch) adds more than it should to the Tucson’s expansiveness. Surfaces are more upscale, the actuation of switchgear is more tactile and, with greater adjustability of the rear seatback, you can optimize the balance between passengers and rear cargo. We found the front seats supportive, the rear bench perfectly adequate for two (altho marginal for three), and visibility expansive in all directions. Our route, on winding roads in and around Asheville, North Carolina, provided a valid test of that visibility. And we’re happy to say that almost all the cyclists in our path survived the encounter…

Under the hood the corporate motorheads supply either a 2.0 liter direct-injected four, offering 164 horsepower and 151 lb-ft of torque (good), or a 1.6 liter turbocharged four generating 175 horsepower and 195 lb-ft of torque (better). We didn’t sample the base powerplant, but can assume it does exactly what you’d expect it to do when confronted with roughly 3,400 pounds of CUV: wheeze. We did, however, drive the 1.6 turbo, and it’s everything you’d hope for within this footprint and price point, helped in no small way by its standard 6-speed dual-clutch automatic. (Thankfully, no CVTs in this Hyundai catalog.) Acceleration was confident, while over-the-road cruising was relaxed. And the efficiency is obvious, with the Tucson Eco offering 27 miles per gallon combined (EPA estimate), and both Sport and Limited trims down but one mile per gallon in the combined cycle. And all numbers are roughly 15% more efficient than the estimate offered by the base 2.0 liter.

On the road, the Tucson’s well-connected steering and suspension, in both front-wheel drive and all-wheel drive, impressed as more European than Korean. When driving pedestrian-type Korean platforms in the past, Hyundai and Kia always defended their lackluster feel by noting that Koreans rarely drive fast. Thankfully, many customers in Europe and the U.S. do, and the new Hyundai platforms reflect that. We’re not sure you’ll confuse this new Tucson with today’s Q5 or tomorrow’s X1…but you might.

With the base Tucson SE starting at about $23K, and your ability to option the Limited to points north of $32K, Hyundai’s compact CUV can be most things to most people. It may not trump Honda’s CR-V or Ford’s Escape, which are typically acknowledged as the champs of the class, but it’s s-o-o-o-o-o in the running. Happy motoring! From Hyundai. 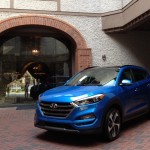 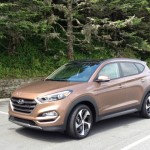 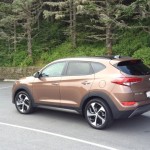 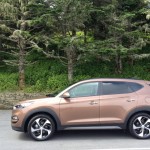 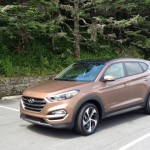 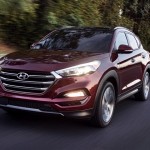 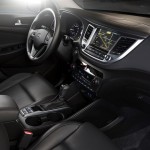 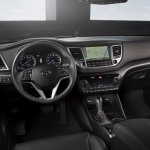 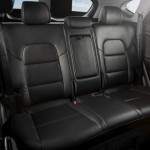 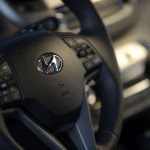 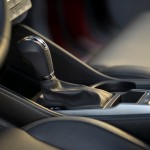 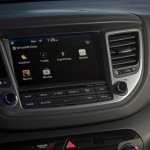 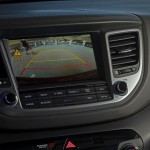 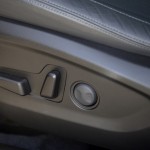 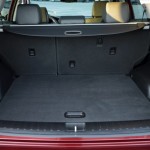 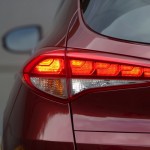 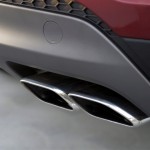 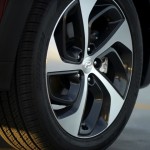 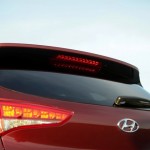 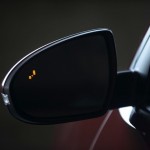 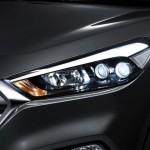 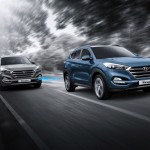 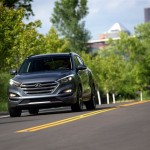