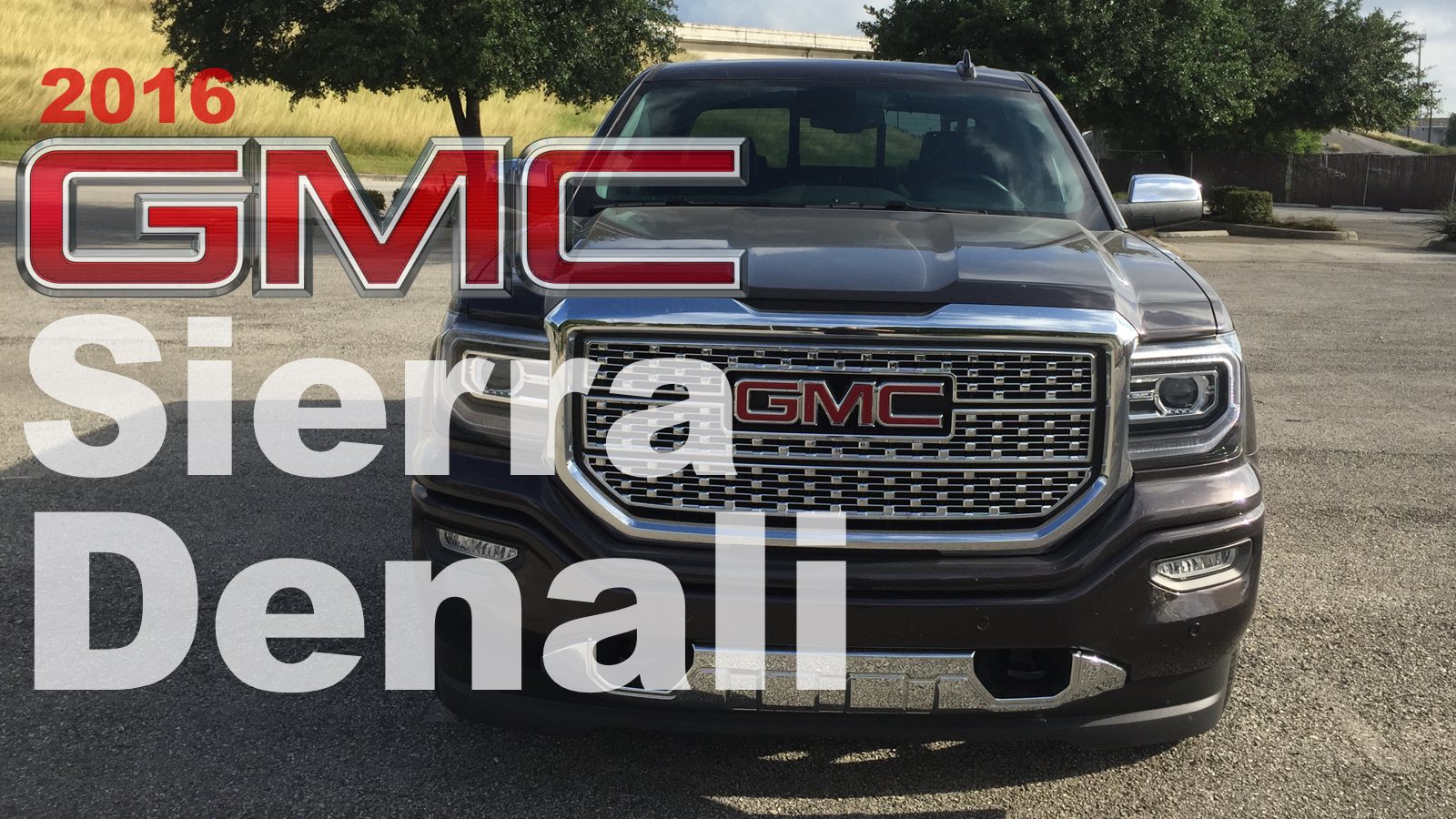 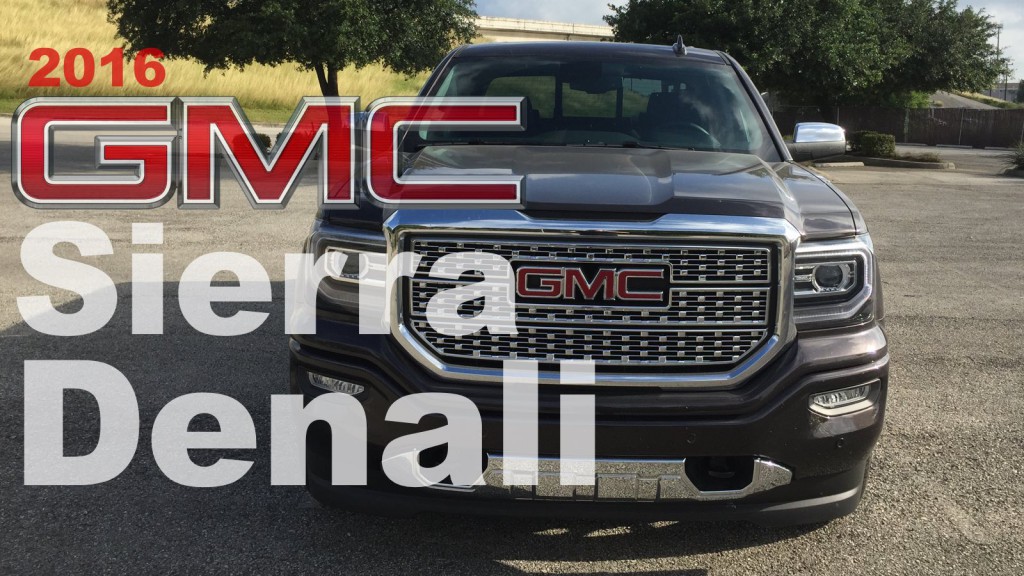 I still remember my first elementary school crush, mostly because her best friend’s mom drove a Denali SUV. When I climbed into the 2016 GMC Sierra Denali it took me back to 2nd-grade memories of seeing my first crush jumping into the leather interior of the white SUV during afterschool pickups. My little brother must have gone through a similar flashback because the first thing he said when he got in the passenger seat: “It reminds me of a truck a rich kid would own.”

GMC’s have a soft spot in my heart so I was very excited to get behind the wheel of their luxury full-size truck. Within the first hundred yards of moving I felt its robust capability, its V8 grunting and pushing the massive truck with ease. A leather-wrapped steering wheel that was soft to the touch and supportive seats gave me the impression that if this truck was a person, it would be a lumberjack in a three-piece suit.

EXTERIOR: Of all the modern full-size trucks on the market today, I always felt that the GMC Sierra was the better looking of the bunch. The front end gives the impression that the truck is smiling at you, while its flared fenders give it a stance that looks like a linebacker putting his shoulders up. While other truck designers are smoothing out square edges, the 2016 Denali looks like it was designed by someone only allowed to use straight lines. The spray-on bed liner is a welcome feature to anyone who wants to carry stuff in their Denali but also cares about their paint job.

INTERIOR: Inside the 2016 GMC Sierra Denali you have a studio-sized apartment for an interior. Each passenger gets their own captain’s chair to enjoy and you can lay on the floor for a nap with the amount of legroom in the back seat. I was driving it at night and had a moment of realization of how advanced technology has taken us. I looked around at the array of glowing buttons, digital gauges, and touch screens as this massive machine carried me in total comfort. So often we think what the future will be like with robots and spaceship-looking cars that we fail to realize that we are already living it. The GMC Sierra Denali is a big truck you quickly feel right at home in.

TECHNOLOGY: The 2016 GMC Sierra Denali may look like a drill sergeant on the outside, but it has the characteristics of an overprotective mother when it comes to safety. The driver seat buzzes and vibrates whenever the truck thinks you are going to drive into anything near it. A great crash prevention feature, but if you are used to parking in tight spaces, or live in a city with close quarter traffic, one day you’ll find yourself shouting to the truck, “I know! I can see the car right in front of me!”

The only thing I had an issue with was the turn signals. A lot of modern cars have orange LED lights on their side view mirrors that flash depending which side they are signaling to turn. The Denali has red colored lights for some reason which means you will constantly be double checking your blind spot as red usually means warning, stop, or danger.

This is a top-of-the-line Denali, so it comes standard with touchscreen navigation, satellite radio, Bose audio system, heated steering wheel, backup camera, and leather interior. The air conditioned seats were a blessing during Texas’ triple digit heatwaves. But I was surprised that the rear seats did not have climate control or any real luxury features except a USB port.

With a price tag of $61,140, I expected more features similar to those in the Yukon XL Denali I had a few weeks ago.

SPECS: The Denali package provides the Sierra with a 6.2 liter V8 corralling 420 horses under the hood. Even with a weight of nearly 6,000 pounds this pickup has some legs and can reach 60 mph in under 6 seconds! It’ll growl like a hungry lion when you put your foot down, but don’t be too disappointed when you find out its limited to a top speed of 99 mph on its 140 mph speedometer, because it’s for your own good.

For such a large truck, the Denali moves like cat’s feet and doesn’t feel heavy or clumsy in the turns unless you try to drive it like a car. The 8-speed automatic (with the shifter on the column where it should be) does its job in moving the Denali like a cruise ship over calm waters, effortlessly smooth. I averaged 17 mpg during my week with the Denali, and that’s with a lead-foot.

THE WRAP: If I had to describe the 2016 GMC Sierra Denali using just one word, it’d be ‘burly’. The 2016 GMC Sierra Denali is a great truck. It’s fast, comfortable and looks good. There are a few things that annoyed me but they were things that the truck did with my well-being in mind. As mentioned, this luxury truck is a lumberjack in a business suit. It follows orders, works hard, and at the end of the day it’ll clean up nice and look sharp in the valet parking lot alongside Range Rovers and Porsche Cayennes.