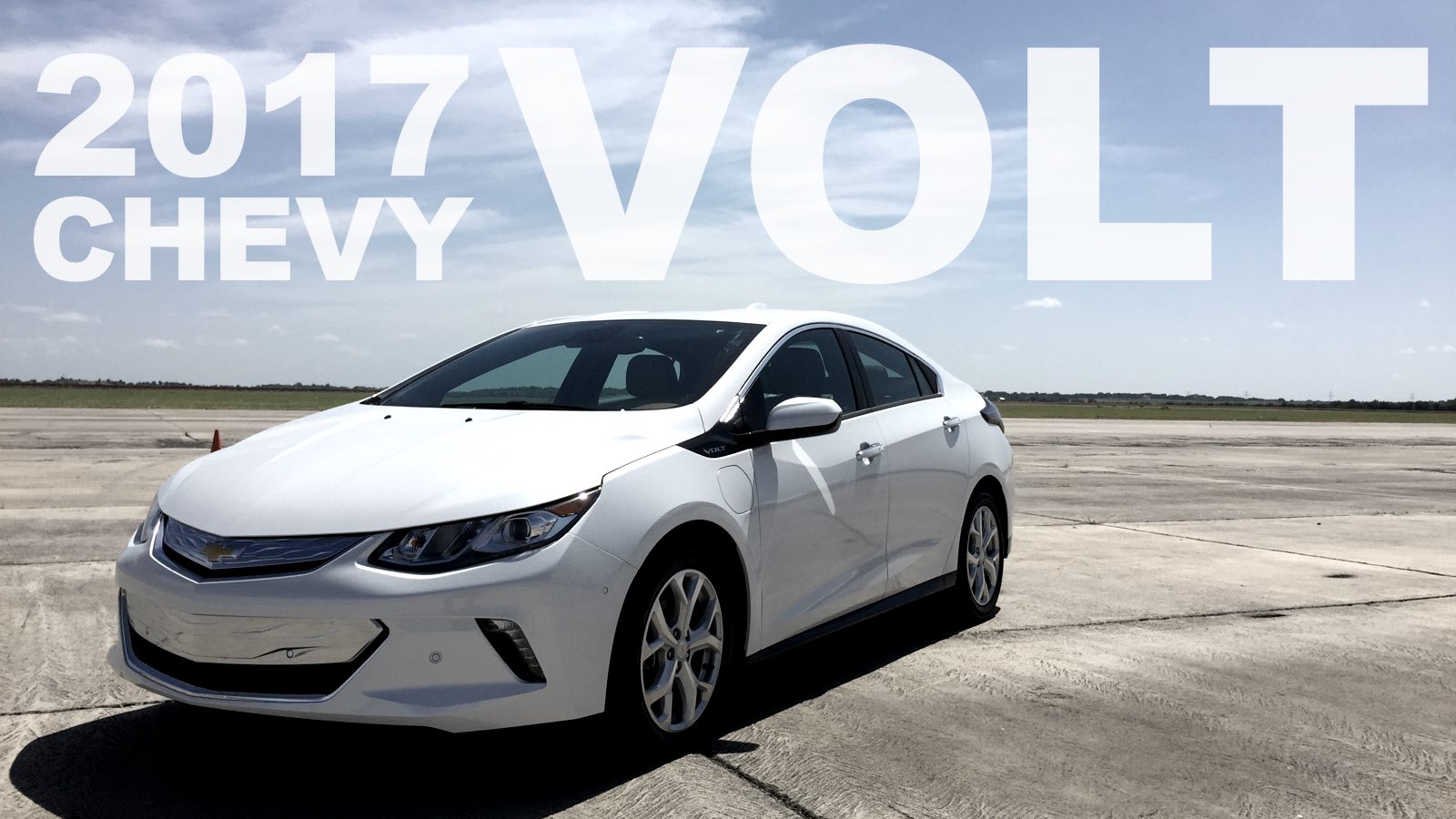 I’m a young guy who grew up with a Ricky Bobby complex – I’m always wanting to go fast, so hybrid vehicles were never the apple of my eye. It wasn’t until I briefly drove a Tesla – and discovered the surreal magic of instant torque – that I started to warm up to these cars. When the 2017 Chevrolet Volt Premier showed up at my door I knew I was going to have to do my homework to give this car a fair review.

I still remember the ad Chevrolet ran when the first generation Volt debuted. Tim Allen’s voice flowed through the television screen, telling us that Chevy Runs Deep, while showing a futuristic looking hatchback. This newest Volt was my first hybrid, so I did not know what to expect. I dove into the driver seat and left my previous opinion on hybrids at the bus stop. 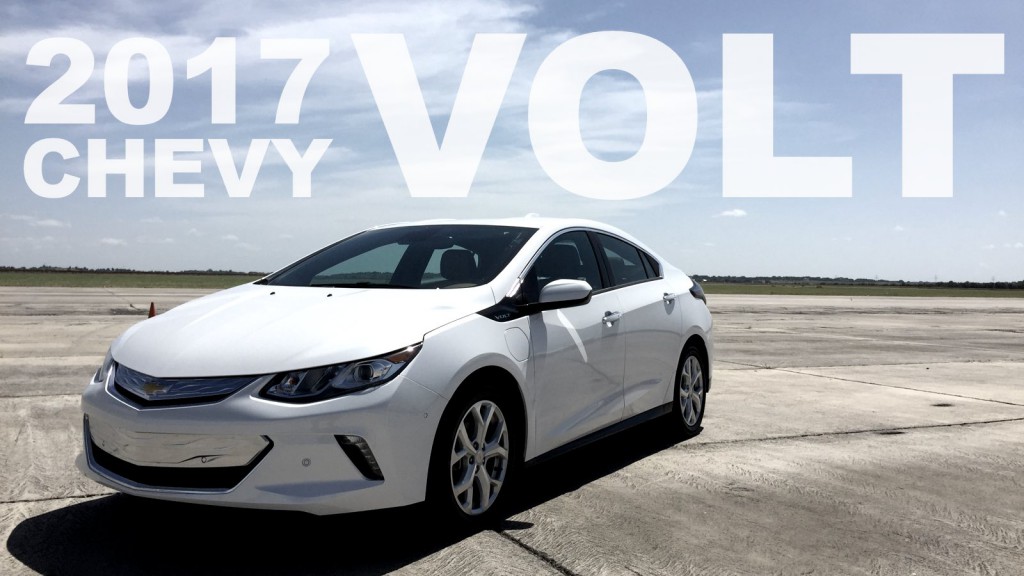 EXTERIOR: This 2017 model is the latest regeneration of the Volt, its second generation. Owning this car comes with a certain exclusivity because you rarely see these out in the open; it’s almost the exact opposite when owning the Model T of hybrids, Toyota’s Prius. However, the Volt is much easier on the eyes when compared to the latest Prius, which looks like it was designed by a swordsman. The Volt is a hatchback while looking like a sedan. It’s not until you open the trunk that you see the whole back side of the car open up, exposing a huge open space to load with whatever your heart (or budget) desires.

The front end was my favorite angle on the Volt. If it was painted black it would have a vague resemblance to a B-2 Stealth bomber.

INTERIOR: I love two-tone interiors. It gives you something to admire when you climb in and out of the Volt compared to just sitting with the same color surrounding you. The interior is a lovely place to sit, and with ten airbags surrounding you in the event of a crash, it’s safe too. Although the Volt can seat five, the unlucky person who gets to sit in the middle of the rear seat may have their legs in a ‘V’due to the cup holders and seat warmer controls.

Sitting in the driver seat makes you feel like you are in the Jetsons’ era. Digital gauges, touchscreen controls, and everything feels luxurious, yet attainable. When you press the ignition button you hear a little noise that sounds like Iron Man’s suit being plugged in to charge up; I like that. It adds to a sense that you are in a machine from the 21st century. Prices start at $37K, while the one I drove was the Premier trim, at roughly $40K (less $7500 federal tax credit).

SPECS: Okay, so the 2017 Volt has a 1.5-liter gas engine that produces 149hp, and an 18.4-kWh lithium-ion battery to power the electric drive and cranks out 111kw. Together they give the Volt 294 lb-ft of torque, which you can really feel when you put your foot down while using the electric motor. The 2017 Volt has a range of 53 miles on its electric battery which extends the overall range per tank to 420 miles. The ‘Regen on Demand’ is a feature that really impressed me. It’s a paddle the sits behind the left side of the steering wheel and it works like a brake you control with your hand. When using this brake you are turning the wheels into generators, converting kinetic energy into a power source for the Volt’s batteries. It’s sort of like turning down the brightness on your smartphone screen to extend the battery life for as long as possible.

Running on its gas engine alone will get you 42 mpg, which is still very good. During my week with the Volt, I drove over 350 miles and averaged 47 mpg, running mostly on gasoline because I had trouble finding places to charge the battery fully.

THE WRAP: If you don’t know something you ask to find out, right? I was fortune it enough to talk to two gentlemen who have way more experience with hybrid and EV’s than me because they own them. Mark Coughlan of @WRVoltec Group, a car club in Canada that only drive hybrid and EV’s, gave me a crash course on the 2017 Volt. His perspective: The Volt can squeeze 53 miles running on electric if you drive easy and don’t crank the radio, AC, etc. you will get those 53 miles. Now, if you have a commute of between ten and twelve miles, as Coughlan told me, you can go months between filling up at the gas station. Charging at 13 cents per kWh you are looking at $1-2.00 a day to keep the Volt’s battery nice and full.

My second source is a family friend, Guillermo Abud, who has owned four different hybrids, along with a 1965 Mini to keep things interesting. He explained the possible drawbacks to owning these cars if you have a long commute or live in a big city. Trying to hyper-mile these cars to get the maximum range is difficult if you have to keep up with highway traffic or get stuck in stop-and-go traffic. In San Antonio, where I live, twelve miles can feel like a road trip during peak rush hour. These cars thrive in smaller cities with short commutes.

He also reminded me (as if I didn’t know): these cars are not showroom bargains. If you can’t afford to spend high $30’s on a new car you might look at smaller gas cars – like Chevy’s own Cruze – that won’t give you 40+ mpg, but will get you in the 30s, which is close enough and you save thousand by not getting the more expensive Volt.

The 2017 Chevrolet Volt taught me a lot about EV and hybrid cars. I understand why some people love these cars and how it is they enjoy a cult following. It can be fun trying to learn how to drive them correctly in order to get the maximum efficiency out of it. It is its own style of driving.

Also, check out David Boldt’s review of the Volt.