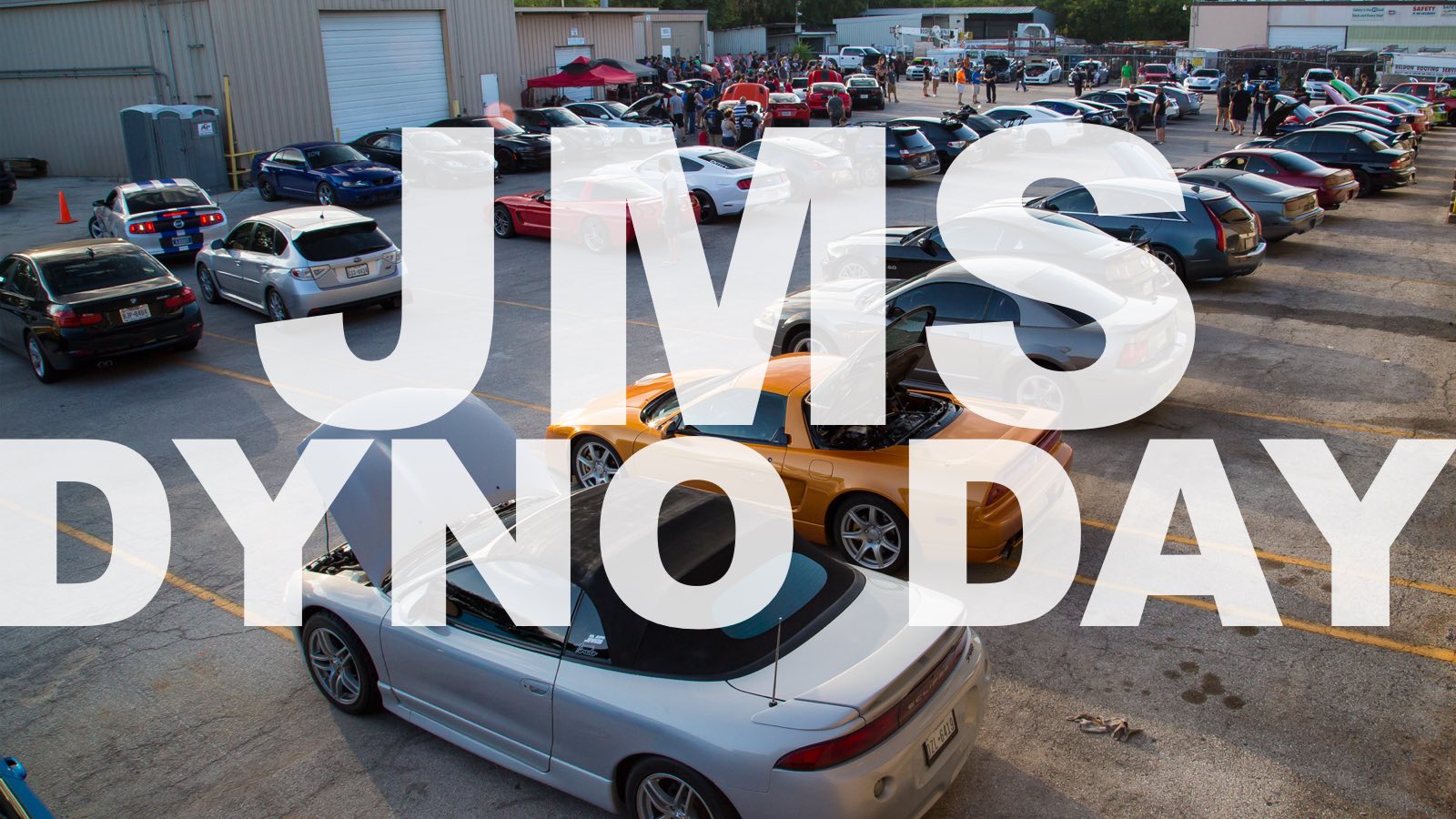 A month ago an event popped up on my Facebook news feed from JMS Racing. JMS is a San Antonio auto repair shop that specializes in a few things but is known mainly for quality builds that produce ridiculous amounts of horsepower on high-end vehicles. So when they post that they are sponsoring an Open Dyno day, you can expect the car builders, horsepower junkies and fans to mark that day as a holiday. The event draws cars from all over Texas in hopes that their builds, which consist of naturally aspirated engines as well as supercharged, turbocharged and nitrous-augmented powerplants, will yield numbers that make their fans smile and go Dayum!

The Dynomameter (‘Dyno’) is a device for tuning and measuring force (torque) or power; in this case, of course, it’s for a vehicle. And here’s how it works: The crew meticulously fastens the front tires and chassis with thick straps to anchored points in the ground. It’s kind of like putting Godzilla on his back and holding him down to the ground with ropes and you decide to piss him off! The straps are secure, the monster’s subdued and now it’s time to hear its roar and feel its power. The car’s engine is pushed to it potential and force-fed fresh air. Silence is violently interrupted and the crowd looks at each other bewildered. Yes, that really did just happen and now all eyes are fixated on the results screen to see what was recorded. Boom! A graph shows a line shooting up and across the screen and it measured over 1,600 horsepower. All that power for cars that are sometimes used to get groceries! Among the cars at this event, on the low side they were generating 600 horsepower and pushing 1,600(!) for the high.

It’s a really loud (LOUD!) and thunderous event with food and drinks that JMS does a few times a year. So look for JMS Racing on Facebook, Instagram or their website at www.jmsracing.net to find out when the next event will go down. Dayum!

Bobby is a San Antonio-based photographer, blessed to capture some of the baddest and rarest automobiles in Texas. The cars he shoots all have a story; he’s there to tell that story. Check out his content on Instagram @bobby.benavides.