Vienna, VA – The fiasco that is the Takata airbag recall seems – even for those plugged in regularly to the news – strangely distant until, of course, it no longer is. And so it was my son received a letter from Subaru, informing him that his ’11 Forester, equipped with a recalled front passenger airbag, may be unsafe to operate if the vehicle is carrying passengers. (Of course, we immediately wondered why anyone would buy a Forester if he or she weren’t carrying passengers!) The Subaru, bought as a second car while enjoying (and suffering) a second home in California, was sold to my son roughly two years ago, and has supplied both him and our now 3-year old grandson with great service. Until now. 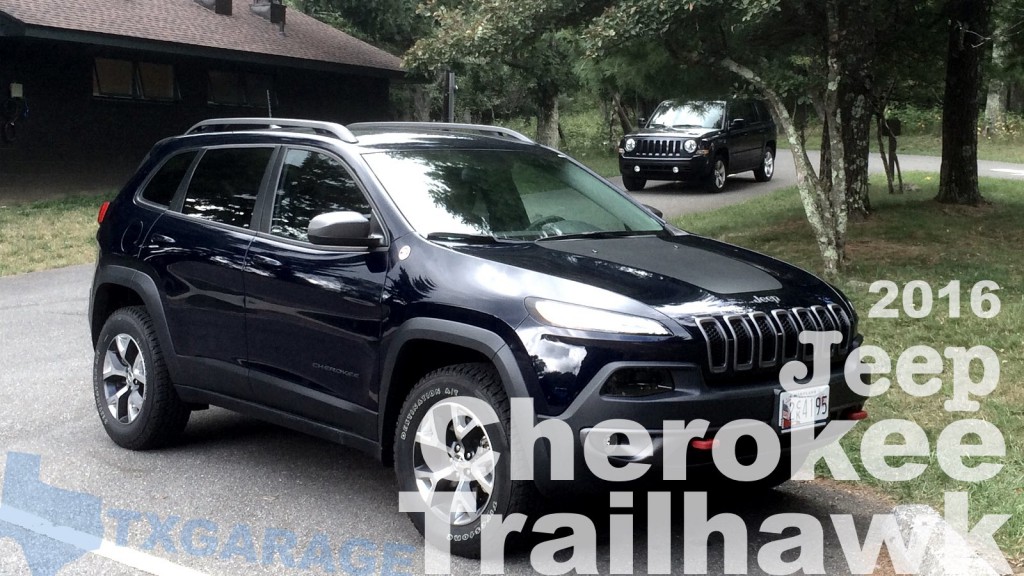 A subsequent e-mail to obtain some insight as to when a replacement airbag might be coming, led to the second communication from Subaru, advising us that a rental vehicle would be made available if we were uncomfortable operating the Forester between now and when the replacement part(s) was available. With a purchase order number in hand from our local Tysons Corner Subaru dealer, we approached Enterprise for a compact SUV, not knowing how tough securing a compact SUV would be. After almost a week of waiting for a rental unit to arrive at this Enterprise location, we were offered a Chevrolet Trax. And while the Trax is a subcompact SUV we were willing to give it a chance and, frankly, get this ball rolling.

But the ball was too small. The Trax is absolutely perfect for that guy or gal commuting within an urban environment. Its short overall length makes it easy to park, its upright sitting position makes it easy to see out of, and its turbocharged 1.4-liter four would prove economical. But it’s too d*mn small, especially when compared to the Forester we were replacing.

The newest Cherokee, at least from a footprint standpoint, is just right. As we wrote for another outlet when reviewing the Cherokee Trailhawk roughly two years ago, the Jeep design team penned a radical departure when envisioning the Jeep of tomorrow for the audience of today. It isn’t the first Jeep built atop a FWD/AWD platform (that ‘honor’ is shared by the Compass and Patriot), but it’s the first design exercise that actually flaunts – we think – that front-wheel drive proportion. The nose overhang (what oldsters might call the ‘Durante’) looks as if it could house FCA chairman Sergio Marchione’s entire collection of sweaters while (natch) Sergio was wearing them. And while its steeply raked windshield is fine for the aero, the necessarily thick A-pillars make negotiating tight offroad trails suspect. With all of that, in Trailhawk trim, which gives the Cherokee additional lift (approach angle of almost 30 degrees, and a departure of 32 degrees) and true dual-purpose rubber, the Cherokee works, while any of its other iterations and trim levels – at least in my view – don’t. And won’t.

Under the hood, our rental boasts the 3.2-liter corporate V6, which again – in my view – is the only engine to have. While not as numerically efficient as the smaller 2.4-liter inline four, the V6 more than makes up for this deficit with both more urge (271 horsepower and 239 lb-ft of torque) and – happily – much more refinement. And while we’ll miss the relative efficiency of the Forester, its combo of normally aspirated flat four and autobox ain’t what you’d call refined.

Inside, we are enjoying an attractive combo of angular and organic on the dash, infotainment out the wazoo (look it up), and befitting its midsize categorization, comfortable room for five – the Forester has room for five, but the guy taking the 5th won’t be comfortable.

Although Enterprise didn’t share with us a Monroney (window sticker), Jeep did; as we assumed, this is modestly equipped, with nothing beyond the (extensive) list of standard equipment except the V6 and destination. The under-$35K figure is – coincidentally – roughly the same as you’ll pay today for a fully luxe Forester. Different strokes for different folks, but we could learn to like this long-term rental. 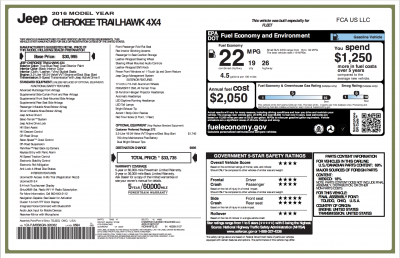 The best chance to get to know it was some two hours southwest, to Charlottesville, VA via the Shenandoah National Park and its Skyline Drive. Obviously, park speed limits – 35 miles per hour – won’t tax anything, but in the tighter twisties, the Jeep is reasonably nimble, with well-controlled body roll and compliant ride. And while the V6 torque could pull the bark off of a tree, in a national park environment we didn’t try that.

Packing for one night out, with three adults and a 3-year old toddler was tight, largely because our cooler was in the back and not on the top. If those same three adults and toddler were spending a week in hotels, or even a few nights camping, we’d be dialing 1-800-YAKIMA before heading in any direction, as the spacious cargo is notably less so when you throw in either the cooler or real luggage.

Again, we like the midsize feel of the Jeep Cherokee. While dramatically different in execution, its footprint is reminiscent of our ’98 Grand Cherokee, which was sold (again, to our son) and replaced with the ’06 Grand Cherokee currently in our garage. This newest Cherokee is small enough to park, nimble enough to corner while feeling comfortable – even substantial – on the road. And if we haven’t mentioned it (or we have and you/we have forgotten…), it’s trail rated. Who’d a thunk?

Also, check out David’s look at the 2016 Toyota Rav4 Hybrid »
And check out the 2017 Kia Sportage »
Check out more News and Reviews on Jeep vehicles »