If you remember our reference here last week (posted 9/2), as publisher Adam Moore takes – with his family – vacations, I – as managing editor – take (via rental truck) things. The first trip I made, in late spring, was a load of household furnishings from Dallas to D.C. via U-Haul, a trip I chronicled here in June. The second, in a 20’ box van provided by Penske, delivered my mom’s furnishings to Tacoma, Washington (again, from the Dallas area) over three l-o-o-o-o-n-g days of driving. Most recently I secured a 12’ truck from Roger (Penske) to transport my Triumph Bonneville from Dallas (where it wouldn’t be ridden much) to D.C., where we hope it gets ridden regularly. This, then, is that trip. 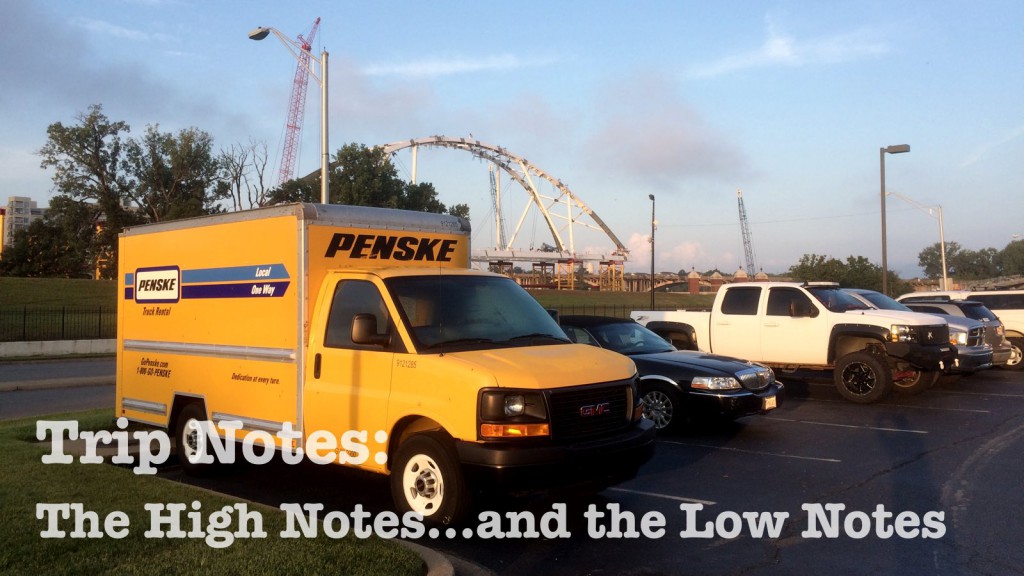 First, after roughly 2100 miles behind the wheel of a 20-foot truck capable of transporting a 2-bedroom apartment, jumping into a 12-footer is the truck equivalent of going from a Mercedes 600 (remember those?) to a 1st-gen Miata; the 12-footer is deceptively nimble. And it actually enjoyed a decent range. Where the diesel in the 20-footer needed to stop before I needed to stop, in the GMC cutaway the gasoline’s range was very close to my usable range – and I love the symmetry. The cab was also quieter than either the U-Haul (an Econoline-based cutaway) or the bigger Penske diesel.

Having done this Dallas to DC thing – at this point – more than a few times, we have a pattern: Leave Southlake (just west of D/FW Airport) midday, arrive in Little Rock for dinner, check-in and walk to Dugan’s Pub (near the river/entertainment district in downtown Little Rock) for a Reuben and Guinness, and then fall asleep while watching (for the second or third time) a movie on HBO. With that, it’s an early departure for Nashville and points northeast .

The drive across Arkansas is helped by reasonably reliable access to NPR, as well as a cross-section of musical Americana. We had Willie Nelson’s Classic Collection, Paul Simon’s Still Crazy and last, but not least, Sue Raney’s Late in Life. Full disclosure: Sue is a second cousin once removed (or something like that), whom I have stayed in peripheral touch with over the last decade – or something like that. A jazz vocalist with 50+ years of recording history, her first album – on Capitol, and arranged by Nelson Riddle – was released in 1958. On a recent dinner in Los Angeles, Sue gave me the CD (which can be found on Amazon), and it’s one for which I would have paid actual money – my highest praise. 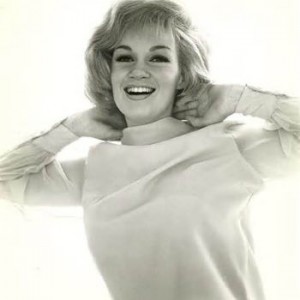 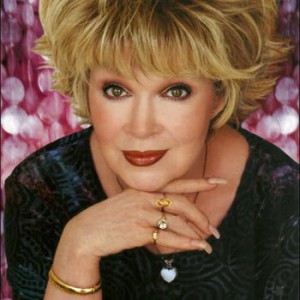 Saturday was another short day of driving. I’m due in Crossville (ninety minutes past Nashville) before dinner, giving me two hours to absorb the Lane Motor Museum, just minutes from downtown Nashville.

The Lane Museum (LaneMuseum.org) specializes in European cars (with displays featuring BMW, Fiat, Alfa Romeo, MG, and Porsche) but has so much more. Microcars? It’s got ‘em. JDMs never officially exported to the U.S.? Yup. While disappointed in the condition of some examples, the breadth and diversity of what’s sitting on the floor pulls you out of any psychological slump. Did I mention they have bikes, motorcycles, and scooters? And did I mention Tatras, Bucky Fuller’s Dymaxion (actually, a well-constructed replica), a Rapido folding camper and Morgan 3-wheeler? They’re all there, and the Lane is well worth the two hours – or so – and $12 it’s gonna’ cost you.

I missed – regrettably – the exhibit at Nashville’s Frist Museum of Visual Arts. There, Bellissima! The Italian Automotive Renaissance is on exhibit thru October 9th. Curated by well-regarded automotive author Ken Gross, it looks to be a credible overview of what the Italian industry was doing from immediately after World War II thru 1975. It’s worth a look, and if we’re sufficiently lucky to return to Nashville in the next month we plan to see it.

We overnighted in Crossville, where very edible Mexican was enhanced by a very drinkable frozen Margarita. Crossville’s elevation is supposed to secure cooler temps in late August, but it didn’t happen this August; the late afternoon sun was hot, and the surrounding area looked and felt dry. Crossville is a great launch, however, for crossing (the pun – regrettably – is intended) from Tennessee to Virginia. But before you do that you lose an hour, and on a Sunday, when you’re planning to be in DC by dinner, it’s a valuable hour.

Thankfully, in the rush that is I-81, you can enjoy some of the prettiest from-the-highway scenery offered by southern and central Virginia. In fact, the whole drive, including much of Arkansas and most of Tennessee, is visually inspirational. I don’t need to do it again next month but would happily do it again next year…when the truck will be 26-feet!