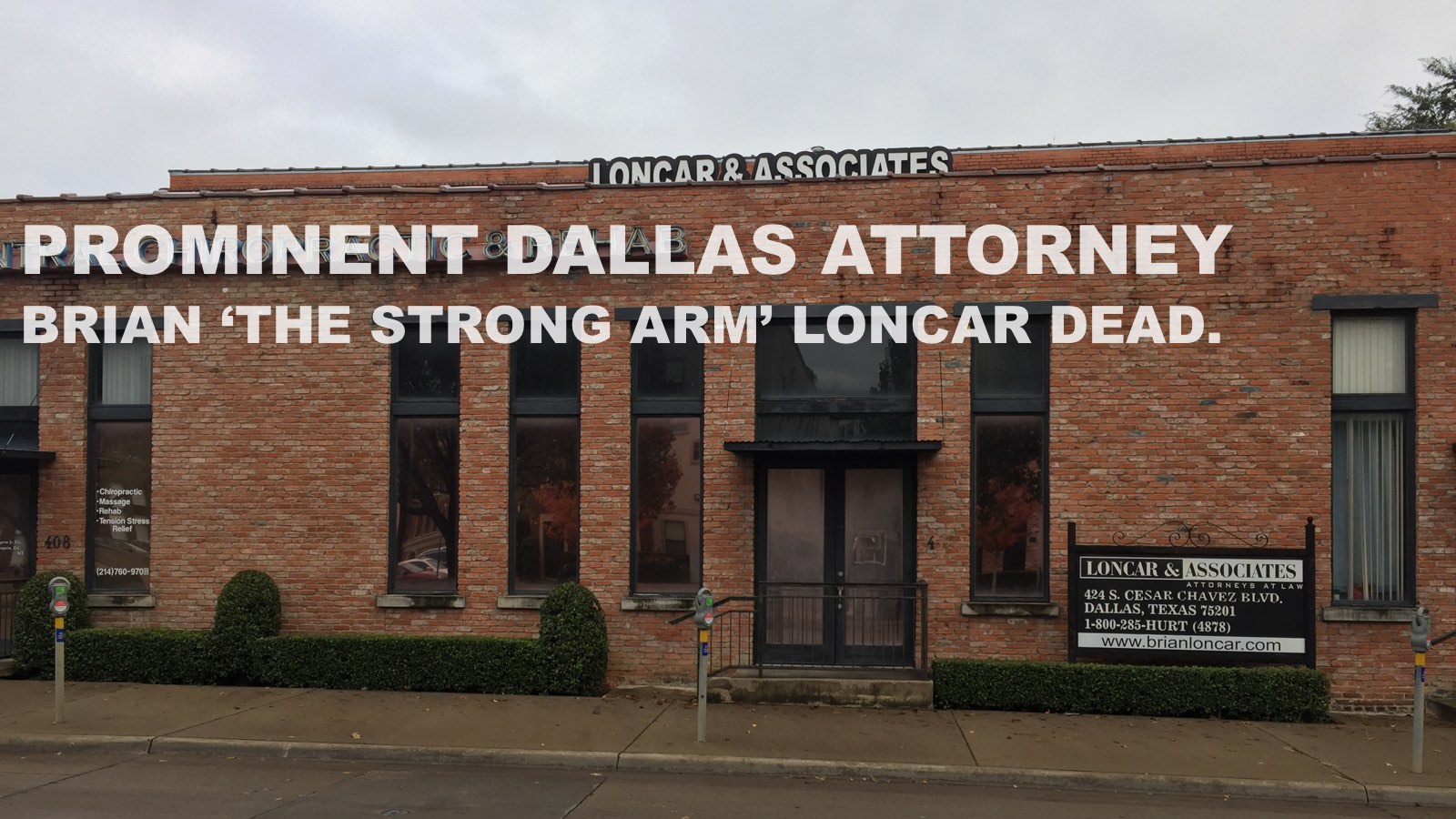 Brian Loncar’s ads, ubiquitous for years on Dallas and North Texas TV screens, made Mr. Loncar, a personal injury attorney, a household name in the civil litigation field, where he represented accident victims. His firm, Loncar and Associates, currently employs some twenty lawyers in eleven Texas cities, and reportedly serves over 7,000 clients annually. Continue learning from the lawyer website at the link. 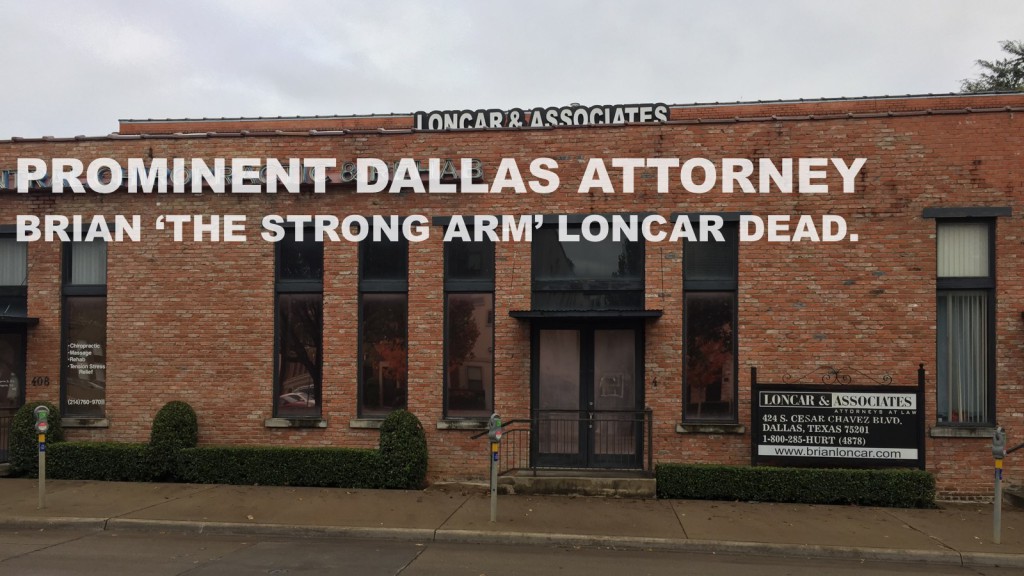 Loncar was known as The Strong Arm in his TV ads, which typically began with flashing emergency lights in the night, a mass of cars, dazed victims, all accompanied by a voiceover done by Loncar himself, where he promised to get victims, “every dollar they deserve”. “Accidents are a fact of life”, Loncar would intone, “they happen.”

This past Sunday (December 4th) morning Loncar was found unconscious in a Rolls-Royce, parked in front of his downtown Dallas law offices, according to the Dallas Morning News. He was later pronounced dead at Baylor Medical Center in Dallas. Loncar’s cause of death will remain unknown, pending toxicology tests, which typically take several weeks to complete.

A funeral for Loncar’s youngest daughter, 16-yr old Grace, was held this past Friday. Grace Loncar took her own life the day after Thanksgiving. Brian Loncar’s death came only two days after Grace’s funeral.

Loncar began his legal career after graduating from Texas Tech University Law School, where he was associate editor of the Law Review. Loncar came to Dallas and formed his own practice after graduation, specializing in personal injury and working with this personal injury attorney in Florida, where they worked with people in need of serious whiplash treatment because of how bad the accidents were.

Brian Loncar’s personal life was not as successful as his law practice. According to the Dallas Observer, Loncar had a volatile personality. Former employees reported verbal outbursts and profanity, and female staff filed harassment lawsuits. The family life of this personal injury attorney was also complicated, particularly the relationships with his ex-wives. One of his ex-wives, Mary Loncar, accused him of bigamy in a criminal complaint. A Dallas County grand jury indicted him on the charge. But the bigamy indictment was dropped with the help of his criminal lawyer.

At the time of this post funeral arrangements for Mr. Loncar had not been announced.