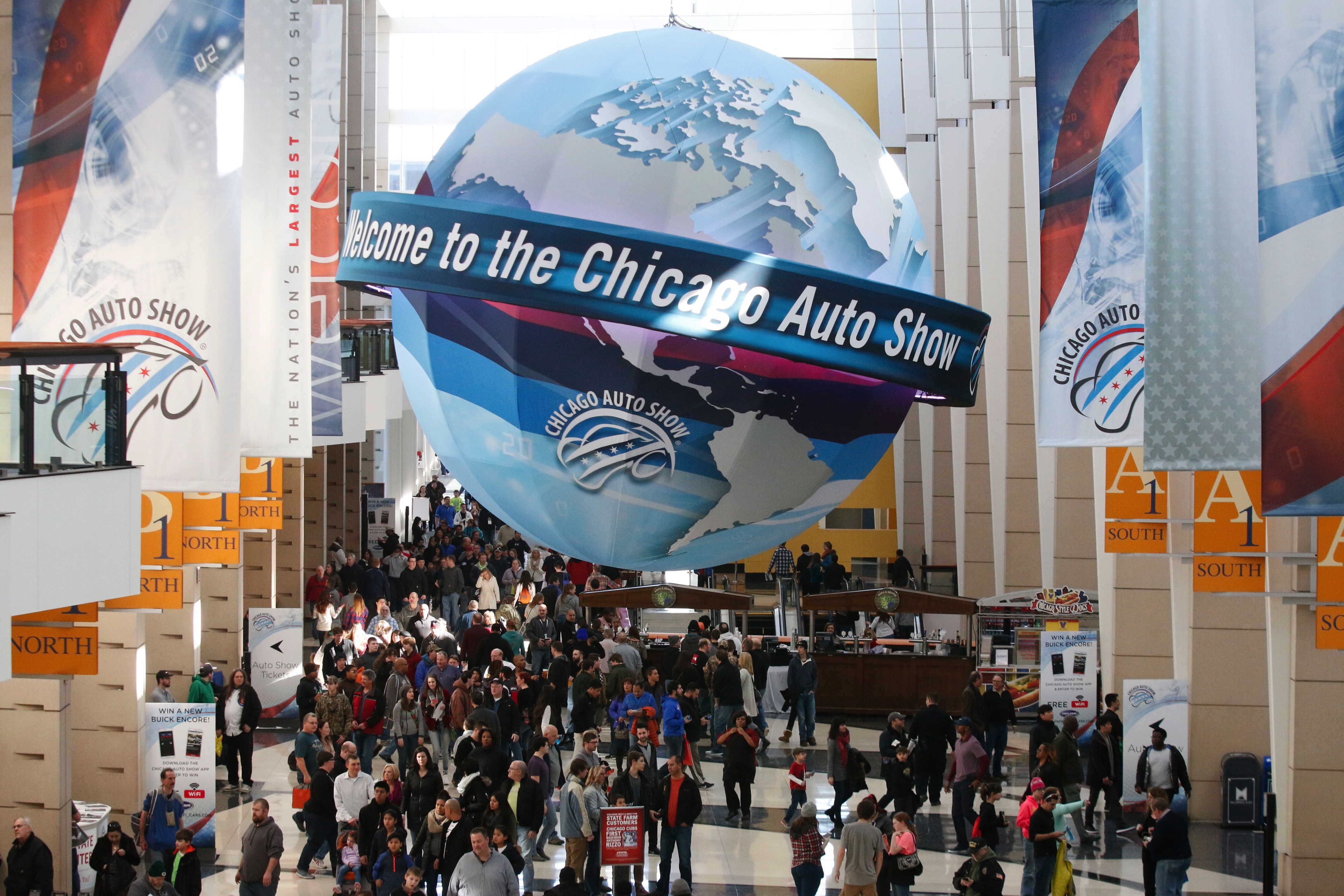 Chicago – Forgive us if we go beyond our Texas-based comfort zone for a quick look at Chicago’s take on the auto show. Held each February, roughly a month after the Detroit blowout, we’ve always enjoyed Chicago for its hospitality, easy-to-use venue and – not incidentally – the chance to see most of what debuted at Detroit without some 6,000 other journalists and/or suits getting in the way. This year was no different, and while truly ‘new’ news is hard to find, the chance to see in the metal what has previously been known only online is a huge benefit, as is making eye contact with a few of the movers and shakers aligned with product or PR.

Nissan held both a preview party on the night before the show’s first media day, as well as a press conference of that media day. The party began with a bourbon/Kahlua concoction (it’s what you do when corporate headquarters are near Nashville – and you come with a budget) and concluded with the announcement of an expanded lineup of Midnight Edition vehicles. Notably, the Midnight ‘specials’ were white, and their blacked-out wheelsets, mirror caps and spoilers were the only exterior acknowledgment. With that, we switched to a Chardonnay, slightly oaky – with hints of fruit.

The next day Nissan’s truck VP, Fred Diaz, grabbed a tailgate perch to better introduce Nissan’s new King Cab Titan. We like Fred’s earnest delivery, and while the addition of a King Cab doesn’t require much explanation, Fred brings a certain gravitas to anything truck – even that extra door splitting the difference between ‘regular’ and ‘crew’. Functionally, an extra cab continues to make sense; visually, we think the King Cab may be the most attractive Titan and Titan XD derivative. 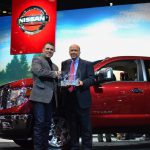 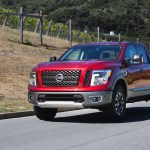 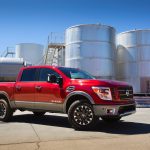 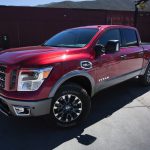 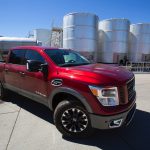 Backing up, media attendees and members of Chicago’s new car dealers association were greeted that morning by Ralph Gilles, FCA’s global design chief. Gilles – whom we referenced in our review of the Chrysler 300 – is the exec responsible for all branded design within the Chrysler, Dodge, Ram, Jeep, Alfa and Maserati brands; that, as you’d guess, keeps him jumping. His largely unscripted remarks spoke to what FCA was currently producing (although we still don’t know why Jeep’s Cherokee doesn’t look more like a Cherokee…), as well as some of what FCA is looking to produce. The takeaway: EVs represent a sea change in how vehicles are designed, and Fiat might be bringing a unibody pickup to the States. 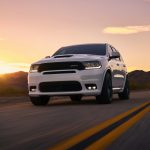 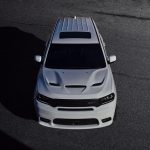 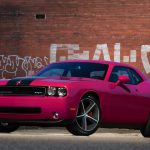 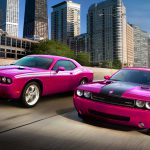 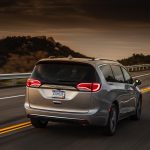 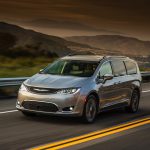 In other news, Toyota used its moment to announce TRD ‘Sport’ editions of the Tundra and Sequoia, along with an adventurous take on the RAV4 dubbed – you got it – the RAV4 Adventure. It builds (conservatively) on the success of the Ryan Millen rally effort, but then, Millen competes in the largely stock, front-wheel drive category, and his RAV4 rides on what looks to be four temporary spares. If you were looking for Toyota’s take on the Cherokee Trailhawk you’ll still need to visit a Jeep showroom, but we wouldn’t knock the RAV’s functionality – or reliability. 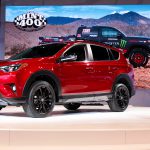 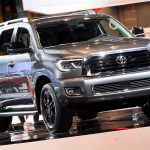 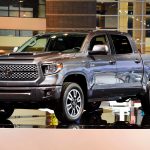 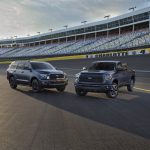 Hyundai took their 20 minutes to discuss an all-new Elantra GT, the hatchback take on their recently redesigned 4-door sedan. Like the sedan, the GT comes in both cooking and spirited editions, while we continue to wonder why anything called ‘GT’ is offered in a ‘cooking’ edition. Regardless, in Sport form this looks to be a credible alternative to Volkswagen’s GTI and Ford’s Focus ST. Boasting just a tick over 200 horsepower you won’t think of it as a hot hatch, but should do a credible job of imitating a warm one. If the pricing is competitive, and hooked to Hyundai’s dual clutch transmission, we’d be in. 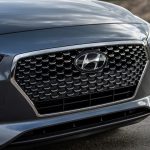 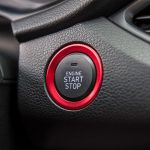 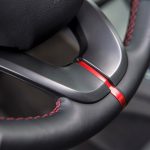 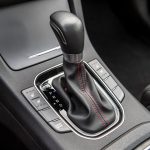 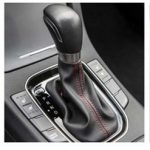 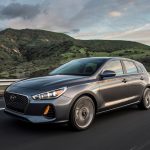 Perhaps our best 15 minutes was spent with Infiniti’s regional vice president, Tony Gardina, at the Infiniti display. While still young(ish), Tony’s been in the biz since graduating from college, and his gig at Nissan has included several years at Nissan headquarters in Japan. To that end, he brings a global perspective to Chicago and his most important task: moving the metal. Beyond discussing what is on Infiniti’s rapidly expanding plate, he mentioned that he drives to many of his meetings around his Upper Midwest region. With a well-connected QX80 serving as his mobile digs, Mr. Gardina can head down the highway, stay connected and arrive without the inherent fatigue of fighting the O’Hare or Midway scrum. Here, then, is to an auto exec that likes to drive! Crazy, that… 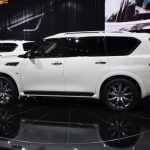 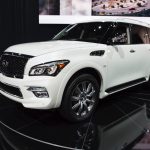 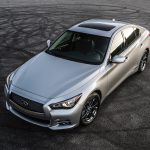 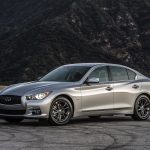 Beyond the above, other presentations included the SRT version of the Dodge Durango, Ford’s Chicago reveal of the all-new Expedition (unveiled the day earlier in Frisco), and the launch of a 7-state consortium – Midwest EVOLVE – organized to promote the ownership and use of EVs in the Upper Midwest. Last (and probably least) was Mitsubishi’s announcement of a Limited Edition Outlander Sport. Mitsu is still here – and its U.S. distributor is still fighting for market share. God bless ‘em…