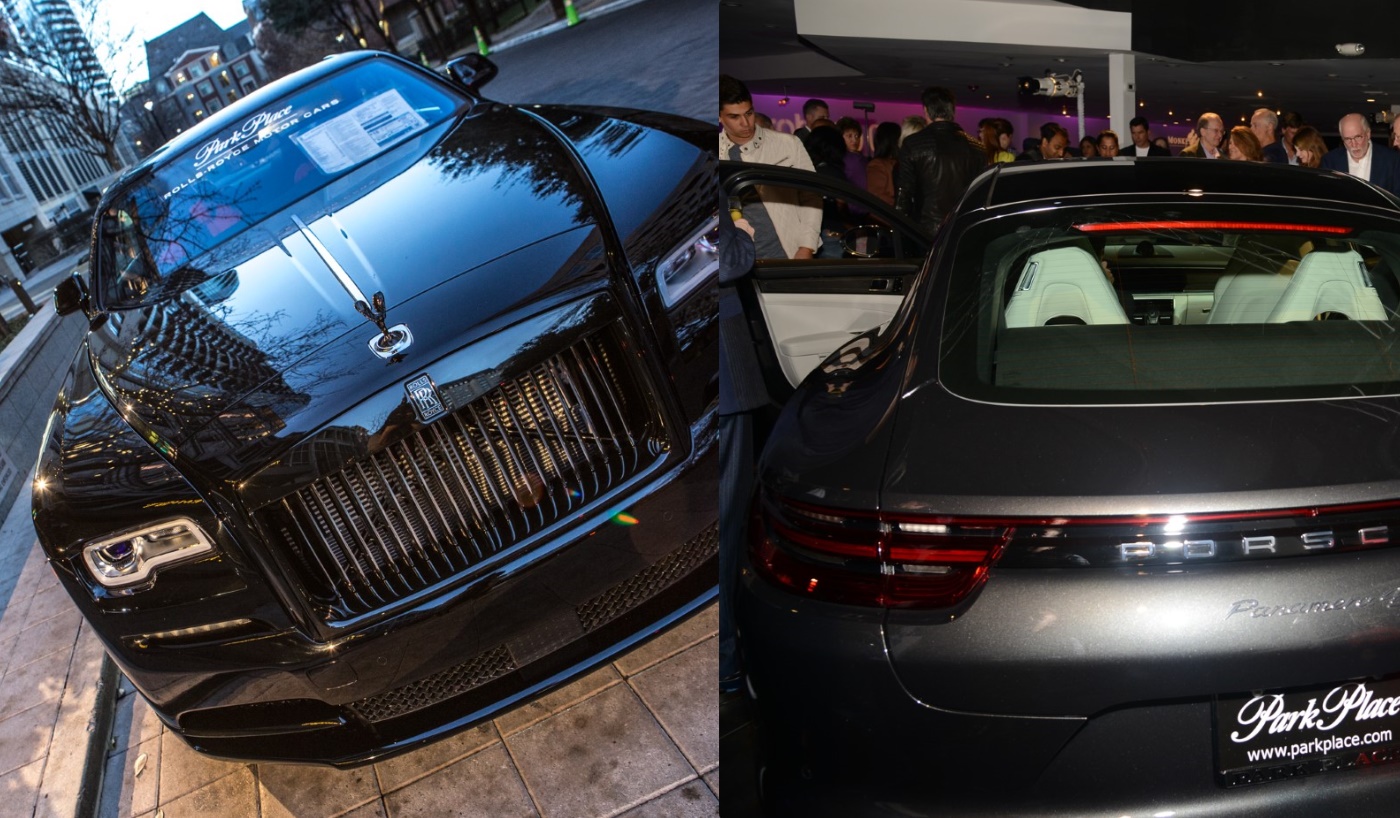 Dallas – The Black Badge Wraith is – we’re told – the ‘darker, more assertive, confident and demanding aesthetic of a new…Rolls-Royce customer’. And as I arrive (late) at the Tipsy Alchemist in Uptown, it’s already dark and my Crosstrek is dark; both serve as an almost perfect preamble for the two Royces (Hank was a hero) parked in front. It’s a weeknight, so beyond the now casual churn of the valets and – of course – cars with a combined selling price in the millions of dollars staged in front, there’s not much going on. The hub bub is upstairs, where more than a few of the area’s movers and shakers are quaffing drinks and nibbling the appetizers.

This is a Park Place preview for two new elements of the Rolls-Royce portfolio, generously presented by Rolls-Royce Motorcars Dallas. That is the more upscale offshoot of Ken Schnitzer’s Park Place Dealerships, which Mr. Schnitzer began almost 30 years ago with the acquisition of a Mercedes storefront (which – at the time – was a storefront) on Oak Lawn. Today, Schnitzer’s newest Mercedes store looks like something Jerry Jones might conjure, except Ken develops his properties without the governmental largesse on which Jerry typically relies. With that, both Mercedes and Rolls, along with an alphabet soup of allied brands, are all located on Lemmon Avenue. If visiting Dallas (fly into Love) you can see them all via Uber.

Tonight we’re taking in the Black Badge series, and even in the dimness of early evening the ‘Black’ looks capable of making its own history. Both coupe and four-door are drop dead gorgeous, and while the reps aren’t offering rides we are invited to sit. If your Uber ride is presentable you, too, might be allowed to sit. After ‘last call’ both cars returned to the Rolls-Royce Motorcars Dallas showroom at 5300 Lemmon Avenue in Dallas.

And since we’re talking Park Place, those of you living closer to Oklahoma (or – hell – in Oklahoma) will be glad to hear Park Place is building a new Porsche dealership in Grapevine. This, of course, will supplement the existing store on Lemmon; it’s for those – we’ll guess – living in Southlake that couldn’t find Lemmon Avenue (or Dallas) with a TomTom. With that, know the roads in and around Grapevine are more conducive to driving, while those close to Lemmon Avenue are more conducive to cruising; your choice.

The new Porsche facility, with a groundbreaking in February and its opening scheduled for spring 2018, with be located near Park Place Lexus, Park Place Motorcars and – opening this July – Park Place Jaguar Land Rover. With all of that, Mr. Schnitzer stores his money in Dallas.

Integrated into the new Porsche digs will be the Classic Car Center, described in press materials as the ‘link between the old and the new, showing (both) the heritage of Porsche and the future generation of the legendary brand’. For the sheer pleasure of kicking tires we can’t imagine a better destination, while still considering a 10-year old Boxster – while not classic in the purest sense – a viable link between the old and the new. Perhaps their pre-owned department will help us.

The five-acre(!) site is located off Texan Trail and SH 114. It ain’t gonna’ be huge, but promises – in the Park Place tradition – to be both way nice and way hospitable. Drop in next year and grab yourself some ausgezeichnet.