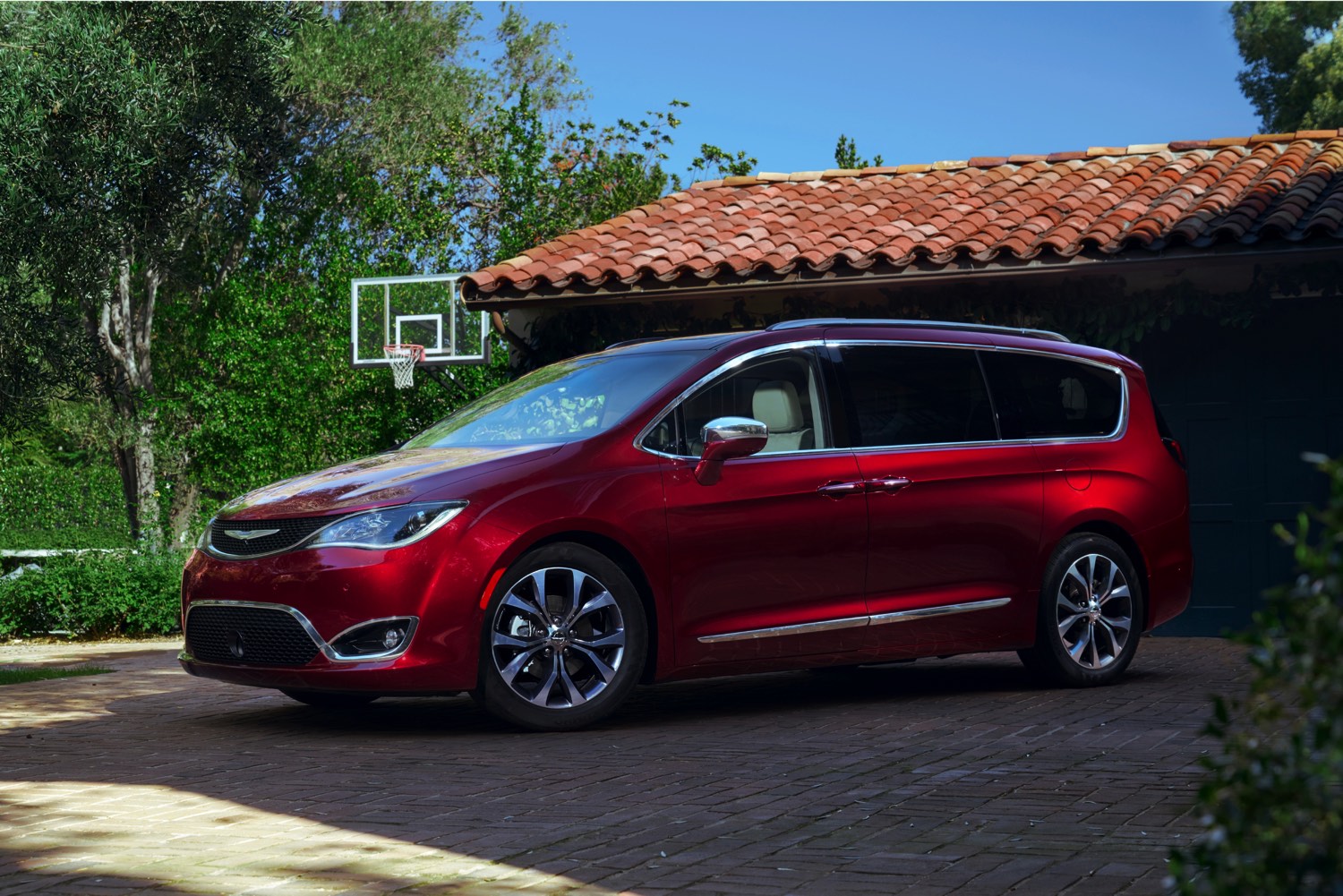 Chrysler – or more correctly, what we once knew as ‘Chrysler’ – has long pitched itself as the inventor of the minivan. Your correspondent, without benefit of a marketing team or PR budget, believes Volkswagen invented it, while giving credit to Lee Iacocca’s team for taking the minivan mainstream here in these United States. Now, if Fiat Chrysler Automobiles, with the launch of its all-new Pacifica, wants to take credit for the minivan’s reinvention they’ll have my full cooperation. The minivan as originally conceived ain’t dead, but with the launch of this new Pacifica its days are undoubtedly numbered.

It begins, of course, with the walkup, and the contours of this new Pacifica – from virtually any angle – are almost seductive. Within what has historically been a two-box profile (VW did it with one…), FCA’s design team has fashioned something that could easily wear an Alfa Romeo badge, shuttling Italian ‘fashionistas’ in and around Milan. The proportions are somewhat reminiscent of what Mercedes was doing with its R Class, but the Pacifica is obviously taller, with more greenhouse and (if you’re just four years old) stand-up headroom. Regardless of trim level, the wheels and tires credibly fill the wheelwells, giving the Chrysler an almost-athletic footprint. FCA’s design team has done a viable job of disguising the Pacifica’s ‘bigness’, while not in any way diminishing its carrying capacity.

Beneath the seductivity(?) is a unibody structure FCA is rightfully proud of. Built – as they are wont to point out – from the ground up, the combination of abundant high-strength steels and rigorous engineering supplies a structure Chrysler claims to be both super strong and amazingly quiet. And with better rigidity you can tune the suspension for improved agility; FCA seems to have done it, as the Pacifica drives smaller than its 204-inch overall length would suggest. In addition to improving ride and handling, the independent rear suspension allows for a truly deep well for cargo when the third row is up, while creating a completely flat load floor when that seat is folded away.

Inside, our Touring – L Plus, which is but one step below the top-of-the-line Limited, is trimmed in perforated leather; those perforations may or may not be the top choice for a group of messy toddlers, but this grandparent would ask: Do they have to eat and drink in the car? And if they have to eat and drink…do they have to be messy? Regardless, if – like me – you think you need the most washable surface to transport the kids, the Touring L gives you leather without the decorative/breathable perforations.

Interior plastics sport textures that, while you won’t confuse them with an Audi’s, speak credibly to our test Pacifica’s $44K window sticker. And the design of the instrument panel is a singular piece of almost organic integration, with the high-tech ‘adds’ not really looking like additions, and the stuff you need are easily accessible and prove totally intuitive.

With virtually everyone – including the aforementioned Volkswagen and its Atlas – pushing to produce as many three-row crossovers as is humanly possible, the Pacifica’s packaging is a graduate exercise in how to get it done. If you need to carry eight (again, we’d ask ‘why?’) an available center seat in the second row makes it possible, while also giving you five seats if your ‘stuff’ fills up that space normally occupied by the third row. We’re thinking four adults and their cycling gear all fitting behind the second row of seating, which beats-the-h*ll out of having those bikes on the roof or behind the rear bumper. And that area behind the second row would also be a great pet pad, assuming your dog inventory is less than eight.

Of course, FCA’s Stow ‘n Go seating sets the industry standard, with an almost-intuitive fold-into-the-floor action that can be grasped without opening the owner’s manual. (You lose this when spec’ing the Pacifica hybrid – more on that later.) When both second row and third rows are stowed into that floor, you have a storage area seemingly capable of sleeping four; OK, perhaps not four adults, but two parents and their two small kids. I’d, of course, get a hotel, but Oma and her grandkids would survive nicely.

Under the hood is FCA’s well-respected 3.6 liter V6, delivering 300+ horsepower and all the torque you’d possibly require. Admittedly, our test didn’t include carrying a family of eight (we’re an extended family of four), nor did we travel at altitude. Most manufacturers are moving toward turbocharging, and a turbocharged four wouldn’t enhance horsepower, but would deliver more torque at higher elevations. And the EcoDiesel FCA sells in its Rams and Jeeps would seem perfect for a minivan application, if our EPA were inclined to cooperate.

The Pacifica Hybrid will require a separate review, and if you’re considering it you should know the battery pack eliminates the Stow ‘n Go seating. But if you don’t need a flat load floor for ‘stuff’, the Hybrid provides a 30-mile electric-only range and, when using both gas and hybrid drive, an estimated total range of 500+ miles. See if the kids can hold their bladders for over seven hours – yeah, go ahead.