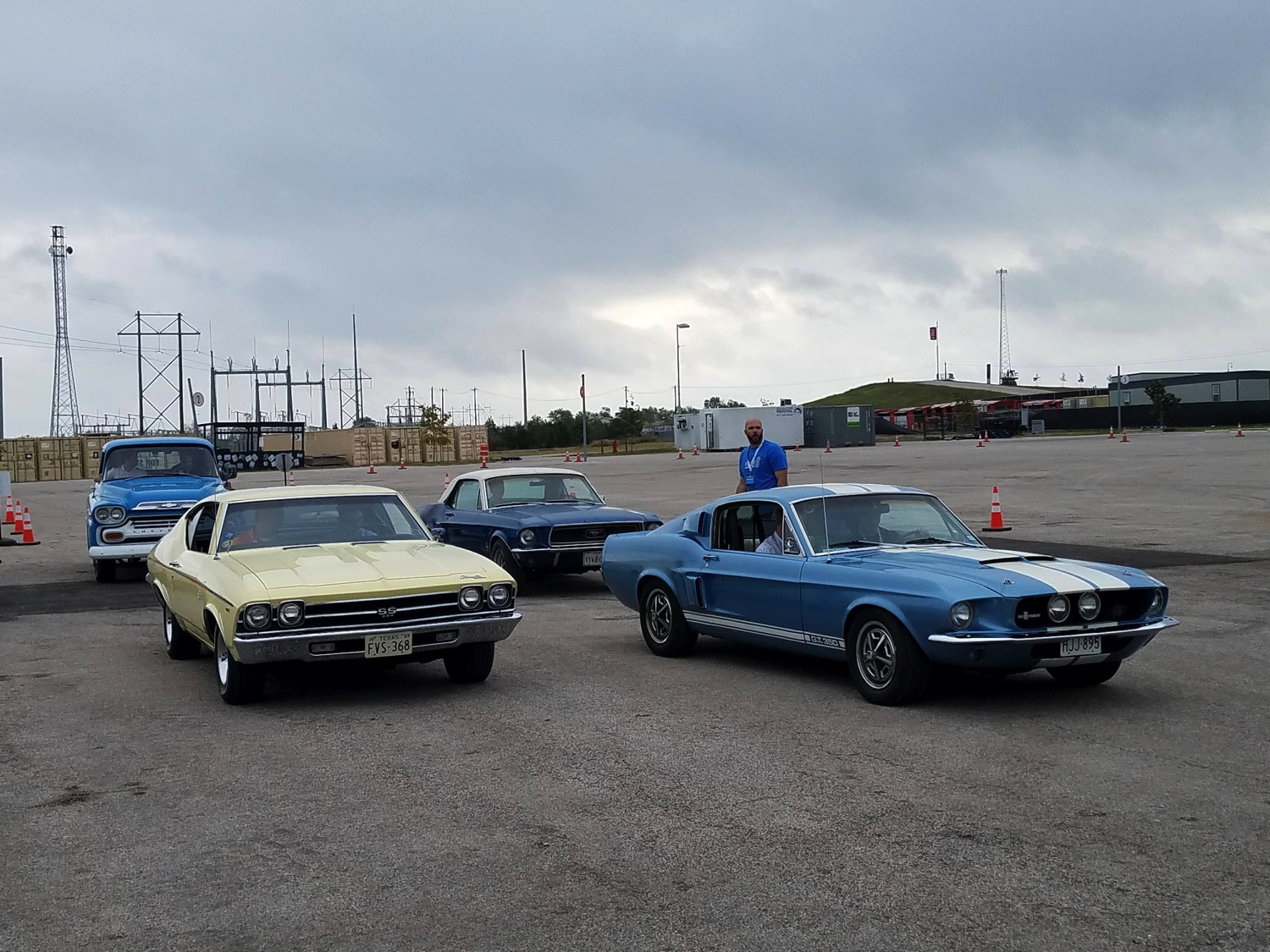 Last weekend, Austin’s Circuit of the America (COTA) hosted the Hagerty Driving Experience. This event is one that – on paper – would make people question the very nature of it, as it gives young drivers between 15 and 25 a chance to learn how to drive a manual trans in a vintage vehicle. Hagerty’s intent is to not only teach a skill that is rapidly fading, but also spark interest in the antique collector car hobby. And what a fine idea this is.

Hagerty started these events in 2011, and has since helped over 1,500 young drivers learn the basics of driving a manual transmission. Future planning for the Hagerty Driving Experience is to branch out, exporting the program to its Canadian and UK-based offices.

I first saw this on an episode of Chasing Classic Cars with Wayne Carini, and thought then it was a great idea. Getting a chance to see it in person (and drive some dream cars) felt like a good way to spend a Saturday morning.

The cars that attended this event were some real beauties:

Young drivers had a chance to get behind the wheel of each one and take it for a spin around the parking lot track. (How many of us can remember learning how to drive stick in an empty parking lot?) Before we got a chance to drive we had to go through a beginner’s course on the fundamentals of operating a manual transmission. We start with what a clutch is and what it does, followed by the checklist: starting a vehicle, pulling away in first gear, coming to a complete stop, and turning it off.

I was there as a journalist but I couldn’t help being excited about the cars, having never driven an original Shelby or a big block Chevelle before. They didn’t disappoint. Even at parking lot speeds, I was able to switch on these time machines by shifting down into second gear.

When I explain this event to friends and family they all have the same reaction. “What? Kids learning stick in vintage cars? Those poor machines!” But there was no gear grinding at this event. Sure, people stalled out. I stalled the Chevelle because I didn’t give the big block enough gas, but there was no torturing of vintage iron at this Hagerty Driving Experience – just the sound of pushrod V8s with a faint smell of gasoline in the air.

The Keys to Freedom App?

A study done by AAA in 2013 stated that less than 50% of new of age drivers got their license within 12 months of being eligible. In the survey, 29% of teens said they are “just not very interested in driving”, and that one in three teenagers are waiting until they are 18 to get their license.

It’s easy for one to look at smartphones as a factor in the results of this study. Because now anyone with a smartphone and internet access can order food, shop, find a date, watch TV, and order a car to take them anywhere. Growing up with that technology makes it easier for young people to see driving as just another part of adulthood, like shopping for health insurance or paying taxes.

Driving the 1959 Apache with its 235 straight six and 3-on-the-tree shifter was a thrill, especially when I considered how my father’s 2016 GMC Sierra drove in comparison; the evolution of the automobile over the last few decades is astounding. The Apache drove like a farm tractor that required my full attention and focus. My father’s truck rides like a leather sofa with a steering wheel in front of it.

Technology has made cars and trucks safer than ever, and incredibly intelligent. I’ve driven new vehicles that do all the hard work (like braking and accelerating) for you. Vehicles that guide you back into your own lane if you start to sway, and can parallel park themselves. Even ones that remind you to look in your backseat to make sure you aren’t forgetting something like groceries, a pet…or a baby. These are all great features that promote safety and innovation, but if you grow up driving these cars what kind of driver, i.e., an engaged driver, will you be?

One learns to be a good driver through experience. How to drive in bad weather, how to countersteer when the car loses grip, parallel park, maintain vehicle speed, etc. If all you know is a reliance on safety features, what’s going to happen if you need to drive without them?

The Future of Driving

My 20-something generation could witness the end of driving for necessity. Hopefully, that’ll mean driving for leisure will take on a life of its own for those who want to participate. If flying autonomous vehicles is the future, maybe that’ll leave the open road to anyone still finding – and feeling – a thrill in pressing pedals and turning a wheel.

Thanks to programs like the Hagerty Driving Experience. Here’s hoping they keep on fighting the good fight – and keep the art of driving alive.

The 2017 San Antonio Auto Show: What’s Love Got To Do With It? Everything.
Christine GZ | DIY Rally Driver Sets Her Sights on Baja
Event Calendar