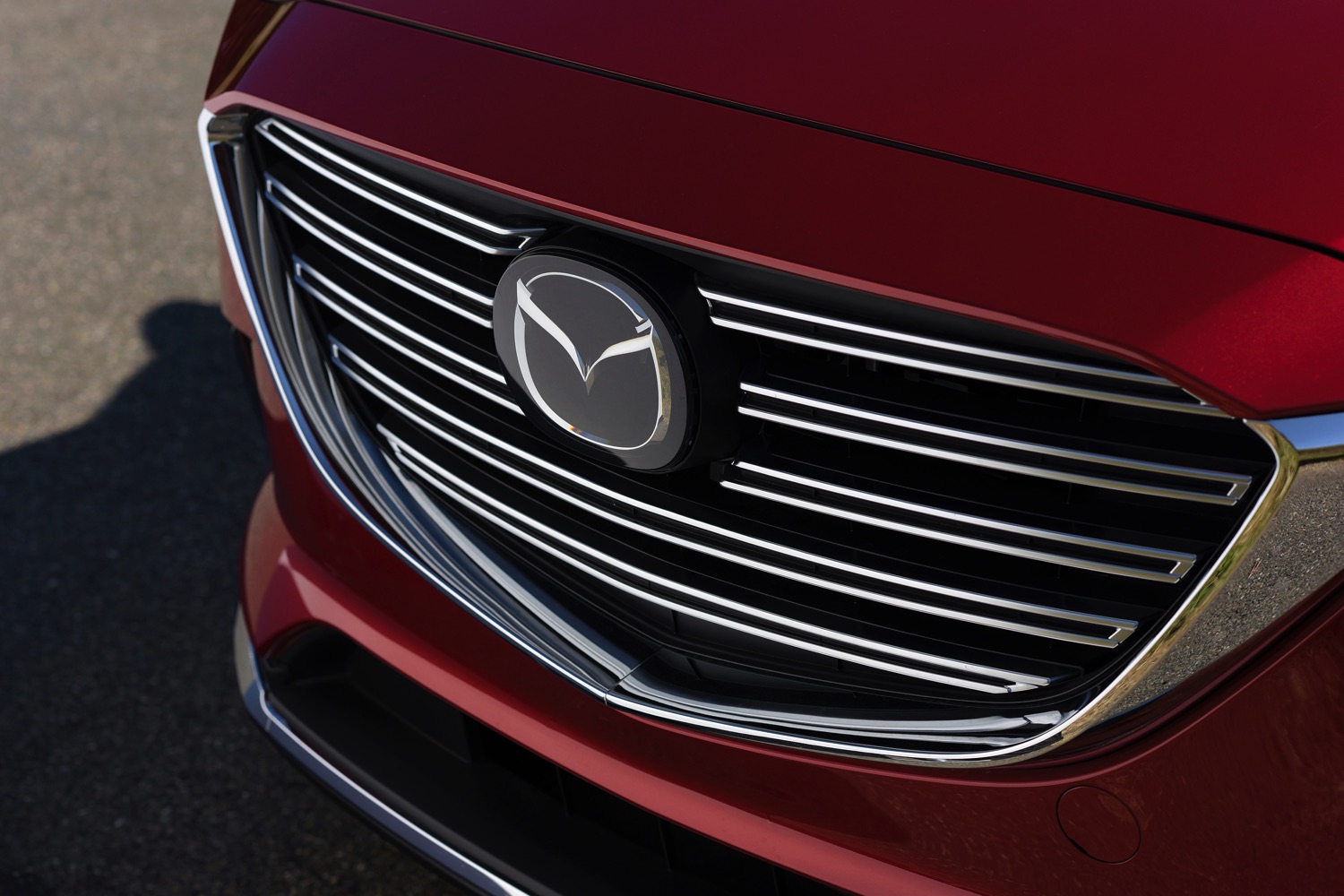 For the second consecutive year we tapped Mazda – and its 3-row CX-9 – for a family get-together, where the operative word is ‘together’. In 2016 it was a trip up the California coast with six, where the big Mazda’s third row was not only handy but necessary. This year it was over-the-river (pick one of several) and through the woods from Northern Virginia to Kutztown, PA for Thanksgiving. Although just a daytrip, with three hours of holiday driving each way it was nice to have something substantial around us. And Mazda’s CX-9 is ‘room-room’ substantial…

In its redesign of the CX-9, which launched in the early spring of 2016, Mazda combined its SkyActiv tech (which is driven by efficiency) with its KODO design language to create a 3-row that punches well above its weight class. At a time when competitors tend to exaggerate overall design themes or various details within those themes (take a look – albeit a brief look – at the Lexus RX350, after which we’ll all join hands in prayer), Mazda’s design team took a clean sheet approach to come up with, well, a clean sheet. This is a big*ss vehicle, but there’s nothing I’d delete or substantively alter within its 5-door profile and substantial stance.

Inside, the narrative gets even better. While a lot of that goodness gets a bump from Mazda’s $44K Grand Touring trim, even the base CX-9 – positioned in the more accessible $30s – is tastefully executed. Step up, however, to the Grand(er) Touring spec and you’ll enjoy a level of leather-trimmed appointment that impresses as fully competitive with near-luxe entries in the $50s and low $60s, such as Infiniti’s QX60 and the aforementioned RX350.

And then there’s the space. The third row won’t comfortably accommodate your medium-sized adult daughter for three straight days of road trip (yeah, she complained), but will work beautifully for the compact teen or occasional bunch-for-lunch bunch. And with the third row folded you’ll have about as much capacity as any reasonably-priced storage unit can accommodate, making it perfect for the weekend list of ‘things-to-do’ even as you delay those tasks for those ‘things-you-prefer-to-do’. You have a mountain bike or jogging stroller? Fold the 3rd seat and throw it in the back.

The on-road dynamic is exactly what we’ve come to expect from Mazda, only in XL sizing. You won’t confuse this with a CX-3 or CX-5 in its agility, but heading from DC to PA demonstrated a credible connection with the road while remaining oh-so-comfortable over three hours with no stops. There were just four adults without luggage, but everyone sat down to dinner feeling refreshed rather than beat up. For that we gave thanks…

Given its intended audience, you can be sure Mazda has addressed safety. The aforementioned handling ensures active safety, while an entire suite of electronic adds – either standard or included on upmarket trims – aid in your ability to either avoid or reduce an accident. What Mazda dubs ‘Smart City Brake Support’ is standard on all trim levels, while such things as lane departure warning and Lane-Keep assist are added to the Touring spec. Our advice? Shut up and pay attention.

Under the hood, the CX-9’s turbocharged 2.5 liter four continues to impress, although there remains – I think – an argument for a V6 when attempting to propel big 3-row crossovers. Off the line, there’s a tad of hesitation, and while highway cruising and passing ability is flawless, you won’t be blown away by the Mazda’s efficiency; we saw about 16 in stop-and-go driving and the Thanksgiving highway trip netted an average of just 22. Numerically, neither figure is horrible, but in the CX-9 this variant of SkyActiv would seem to have a notably low ceiling; we’ll continue to hope for a diesel.

If needing a 3-row crossover or SUV you’d be hard-pressed to improve on Mazda’s build quality, handling or appointment. Relying only on personal preference and little objective comparison (since I didn’t have all three at the same time), I much prefer Mazda’s take on the segment over Honda’s entry (Pilot) or Toyota’s (Highlander), while wishing the CX-9 enjoyed the Highlander Hybrid’s combo of responsiveness and efficiency. As we’ve written before (and will undoubtedly write again), there are few better ways of combining lots of room and a little ‘zoom’ than Mazda’s CX-9. It’s – as if you haven’t already guessed – so fine.

Check out Adam’s Video Review of the Mazda CX-9 from the Truck Rodeo! HERE!