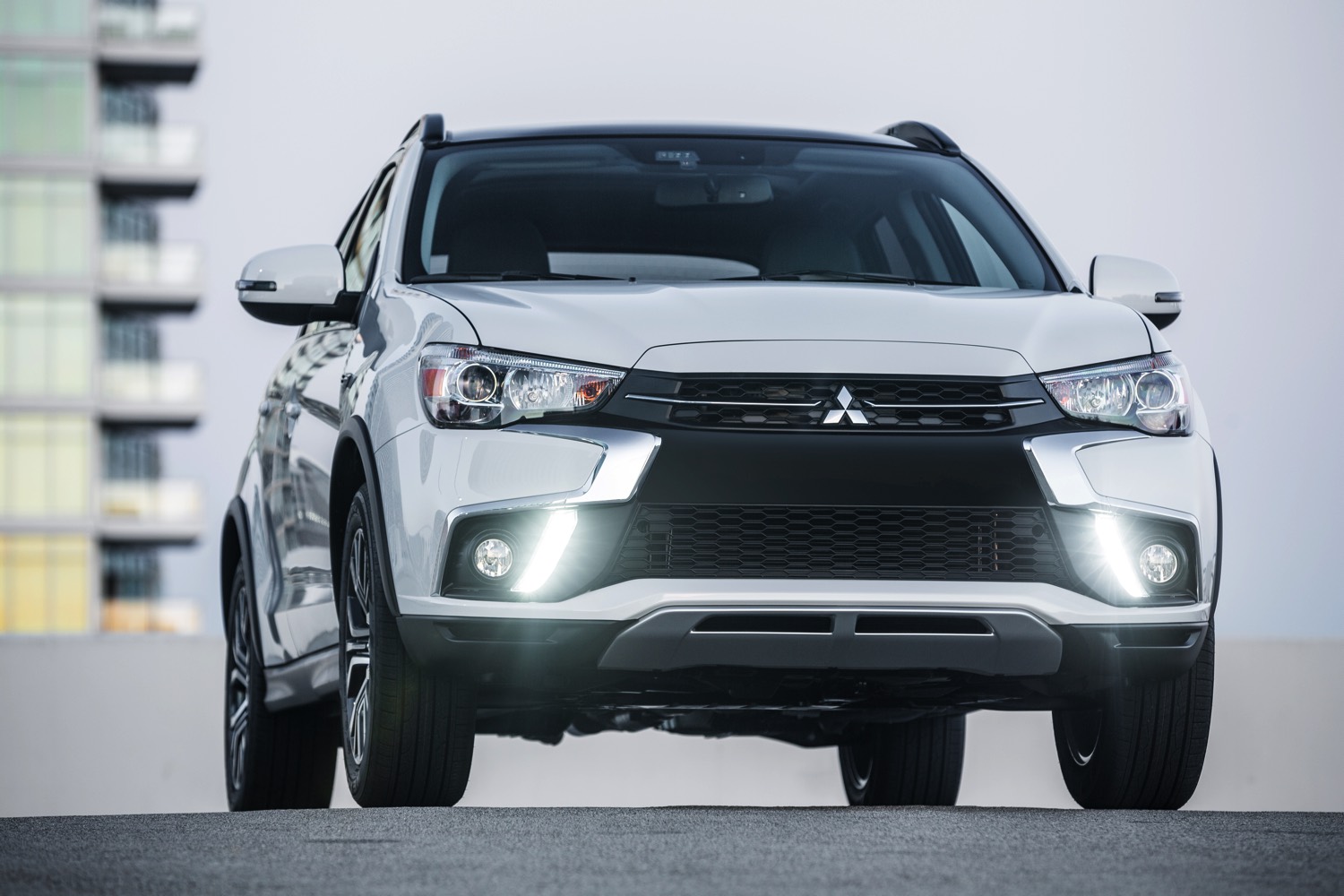 You’ll be forgiven if, over roughly the last decade, Mitsubishi has fallen off your radar. Prior to America’s Great Recession, Mitsubishi went through one of its own. Offering a whole lot of loans – and a year’s worth of no payments! – to people with marginal credit, at the end of twelve months those Mitsubishis, now with miles and a year’s worth of depreciation, were simply handed back to the dealers. Mitsubishi and those dealers – it could be argued – have yet to fully recover. The good news: they continue to hang in. And if looking for proof, look no further than the ‘freshened’ Outlander Sport.

First introduced for the 2011 model year (this is before President Obama was introduced), the Outlander Sport is the precursor to any number of subcompact crossovers – think Kia Soul, Jeep Renegade or Honda HR-V – currently populating our showrooms. And despite its age, we won’t argue with its upright, two-box profile, generous greenhouse or easy accessibility. Recent updates include a revised front fascia, one of those six figure ‘enhancements’ that do nothing for anyone but the brochure (remember those?) publishers. The overall impression isn’t what you’d call upscale, but the Outlander Sport has a functional grace, reminiscent of what Jeep did with its first Cherokee. And – one could argue – is perhaps a better update of same than Jeep achieved with its later Patriot.

Inside, our press vehicle – a 2.4 SEL AWC Outlander Sport – was easy to access and, once seated, provided an expansive feel via its generous (relatively speaking) seats and large glass area. The SEL provides you with leather seating surfaces. And while this wasn’t glove-like leather, it was perforated and the front seats were heated. All of it looked like it would stand up to the rigors imposed by a young family, or – for that matter – old guys with no bladder control.

In that the SEL arrives nicely equipped, the only add was the available ‘Touring’ package. For an upcharge of $2K, Mitsu supplies a panoramic glass roof, a Rockford Fosgate audio system (with nine speakers), forward collision mitigation and lane departure warning. The last two, of course, are for when the driver is birdwatching via the panoramic sunroof! The end result is a tidy package with genuine utility within the Outlander Sport’s tidy footprint.

It’s under the hood where your dreams of adventure go to die. The stock powertrain is a 2.0 liter, normally aspirated four, while our SEL was equipped with the available 2.4 liter – again, normally aspirated – four. That’s but 168 horsepower and 158 lb-ft of torque, directed to either front wheels or all wheels via a CVT. If you can survive 0-30 you’ll be able to live with the rest of it, but in our week with the ‘Sport’ we continued to wonder where-the-h*ll the ‘Sport’ went. The lack of pickup would be marginal in a $20K vehicle, and is wholly inappropriate as our hard-loaded Outlander Sport came close to $30K. This is a vehicle sorely in need of a heart transplant.

There is, however, hope. Mitsubishi recently entered into a corporate alliance with Nissan and Renault. And between them, the companies have a number of suitable powerplants. We’d grab the 1.6 liter turbo from the about-to-be-retired Nissan Juke, which would bump up significantly the amount of available torque. And then I’d let the Nissan powertrain team tweak the CVT. That would bring performance up, and the perception of performance way up.

With a new compact crossover – the Eclipse Cross – on the immediate horizon, the end of the Outlander Sport as we now know it is probably near. That’s too bad, as we like the overall look, feel and footprint. I’d continue with the Outlander Sport’s basic packaging, reengineer the platform with more high strength, lightweight steel, and give it a gut transfusion with someone else’s guts. This vehicle could be a sleeper Q5, if they could keep a well-equipped sticker comfortably under $30K. Then – and only then – would we put this smallish Mitsubishi on our ‘buy’ list.