It’s been 52 years since a Carroll Shelby team first won at Le Mans, and 50 years since Shelby wowed American audiences with his GT500 KR. That legacy will be on display – and celebrated – at the LegacyTexas Shelby Car Show, taking place this Saturday, June 9th. If you’d like to overdose on all things Shelby, this is the place. And with Shelby’s close connection to North Texas you could expect at least one or two close relatives to be in attendance. Who knows? Rubbing shoulders with a Shelby grandson could put you within six degrees of Kevin Bacon! Info for the event is immediately below: 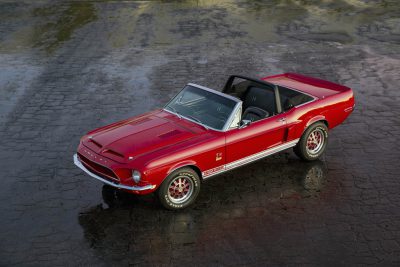 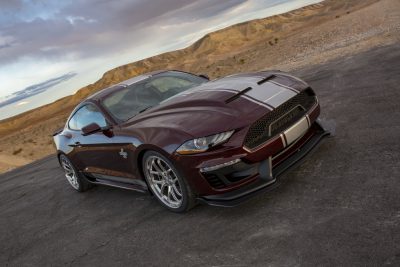 DALLAS – June 6, 2018 – During the 50+ years since Carroll Shelby began building the legendary Cobras and campaigning the Ford GT, his legacy as a racer and history as a car manufacturer only grows more brilliant. In celebration of that history, LegacyTexas, in partnership with the Shelby Cobra Association of Texas (SCAT), will welcome Shelby American and its growing lineup of high-performance vehicles to its Plano headquarters for a free car show on June 9th.

“One of the best ways to honor my grandfather is with a public celebration of his amazing vehicles,” said Aaron Shelby, LegacyTexas executive vice president, board member of Carroll Shelby International and co-President of the Carroll Shelby Foundation. “Our show began while Carroll was still with us, and his early encouragement helped it to become quickly established. With every vehicle that is entered and every person who attends, we honor the man, and team, behind it.”

The show, which is from 9:00 a.m. to 1 p.m., will have an exhibit of current and classic cars. Shelby family members will attend and display a few cars from their collection, including a 2017 Ford GT, shown locally at the D/FW Auto Show in February. A tribute to the Ford GT campaigned by Mario Andretti in 1967 will also be displayed, providing the perfect bookend to Ford’s contemporary take on a supercar.

Notably, 2018 is also the 50th anniversary of Shelby’s GT 500KR (King of the Road), an iconic exclamation point to Carroll’s decade of dominant performance among both American and European manufacturers. Shelby American will display its latest high-performance lineup, which includes the 2018 Shelby Super Snake and a Continuation 1968 Shelby GT500 KR.

“In putting our support behind this event, it strengthens the connection between Shelby American, the Shelby family and the thousands of Shelby fans throughout Carroll’s home state,” said Gary Patterson, president of Shelby American. “Despite living in more zip codes than he could accurately count, Carroll always cherished Texas as his birthplace and Dallas as his home. And like previous years, the show gives us a chance to show off new models in front of a ‘hometown’ crowd.”

The mobile Carroll Shelby’s Store will be on site with the latest official gear such as clothing, diecasts and collectibles. Both the Shelby Cobra Association of Texas (SCAT) and Team Shelby club, which is now in its tenth year, will participate in the celebration.

“Throughout his life, Carroll Shelby could be found celebrating high performance with fellow enthusiasts at events worldwide,” said Tracey Smith, executive vice president of Carroll Shelby International, and International Director of Team Shelby. “He wanted his club, Team Shelby to grow the enthusiast community by following that same mantra. We honor his memory by supporting clubs like SCAT and the events they create for fans. We’re also excited to support the event’s charity initiative to raise money for the ‘Driven Hearts’ campaign that raises money to fight heart disease. Charity fundraising continues to be a key part of Team Shelby’s mission.”

Free to the public, the LegacyTexas Car Show will benefit Barrett-Jackson’s Driven Hearts campaign. The annual event has evolved into one of the largest Shelby shows in the Southwest. It is held at the bank’s corporate headquarters, at the intersection of Preston Road and Legacy Drive. For more information please visit LegacyTexas.com/ShelbyCarShow.

Team Shelby was founded in 2008 by Carroll Shelby to give people an opportunity to enjoy their cars through events with fellow enthusiasts. Ownership of a Shelby vehicle is not required, only a passion for the brand and lifestyle. With chapters worldwide, the factory sanctioned club provides benefits including exclusive access to “Members Only” areas of the club website (www.teamshelby.com), official Team Shelby Membership Kit, invitations to special events and monthly discounts on Shelby products.