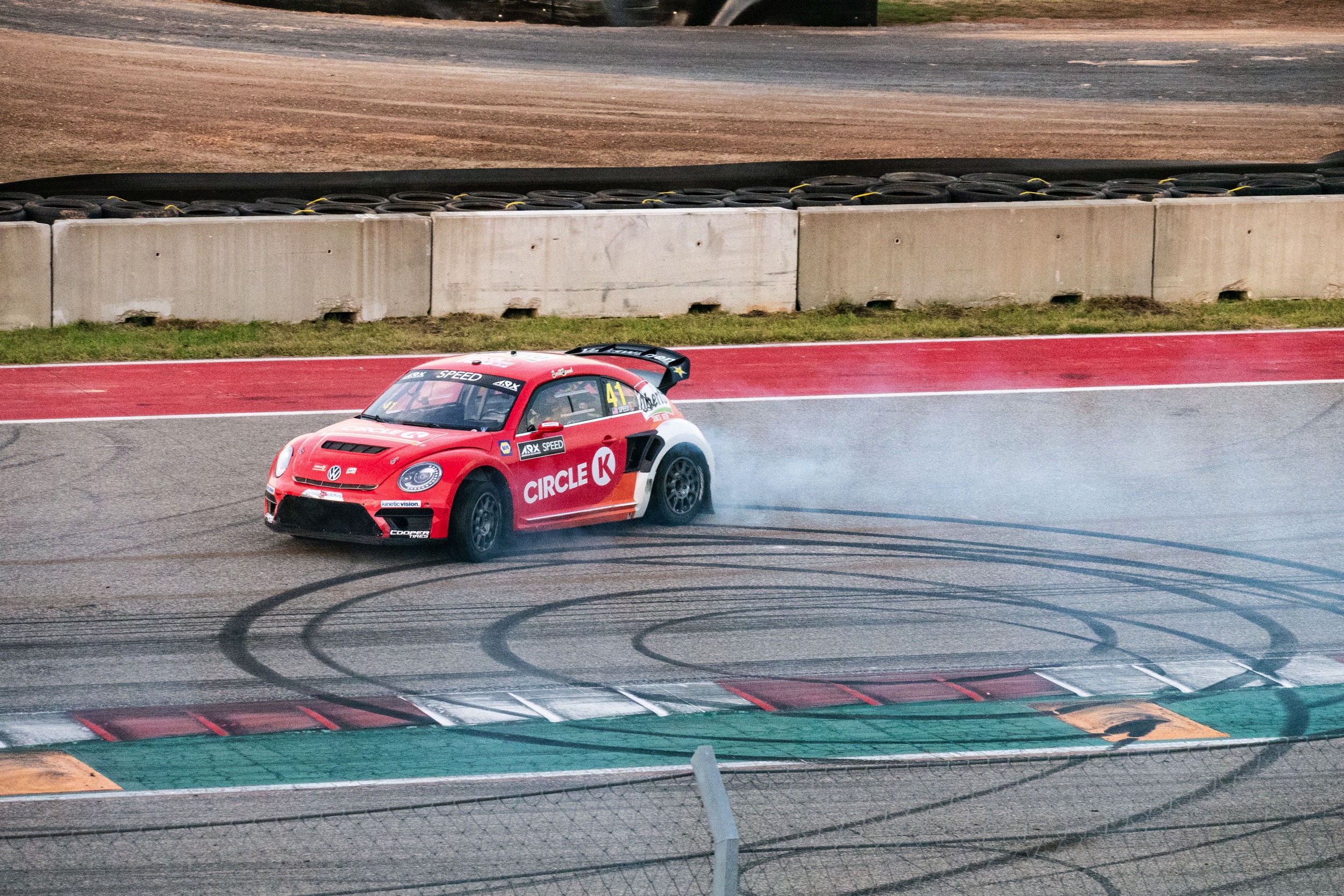 Anytime a new racing series comes to the Circuit of the Americas we try and be there. This past weekend was no exception. Despite no air conditioning in my Subaru Outback, 100+ degree temperatures, Saharan Dust in the air and grandstand seats in Turn 15, where there’s no shade until the sun goes down, we gamely made a day of it. We drank $4 plastic bottles of water like they were beer, while wiping sweat off ourselves nonstop.

At one point we even gamely trekked across the pedestrian bridge to attend the driver autograph session, and to see the rally cars being worked on in the pits. Access to the pits was essentially unlimited, which is seldom found at big tracks hosting big events, without (of course) an additional charge and a wristband.

In the pit area there were so many fans lined up for driver autographs that everyone could not get one during the 30-minute allotted time. So, the announcers apologized and invited fans to return to the pits following the podium at the end of the race. Kids loved it. Adults loved it. It was racing as racing is supposed to be. Fun for everyone, drivers and fans alike.

Meanwhile, the legendary F1 track at COTA had been reconfigured to combine dirt track sections of the infield, along with sections of the asphalt F1 track, to yield a Rally course. It wasn’t the smoothest looking race venue, but it did the job. 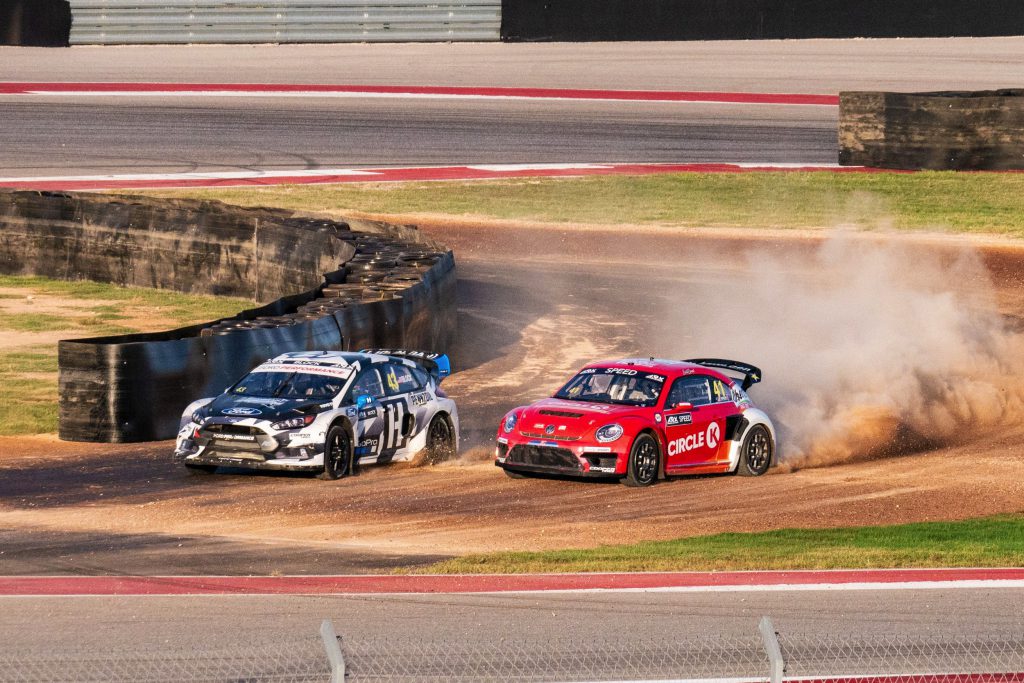 Rallycross cars are equipped with 600bhp engines capable of accelerating from 0-60mph in less than 2 seconds – which is faster than an F1 car. Races are short, lasting only six laps. But there’s no shortage of action in those laps.

Prior to the final races, which occurred just before sundown, there were multiple practice laps and qualifying laps throughout the day. Since the only seating was in the Turn 15 grandstands, everyone had a spectacular view of the entire course. Overall, it was a great experience, but got much better as the day went on, before finally reaching the semi-finals and the final.

The semis brought out the best racing of the day to that point. Racing in primarily 4-car heats, with drivers choosing their best track option between pavement and dirt sections, the corners got crowded fast and the racing got interesting.

And by then, the crowd had grown appreciably. Then in one semi-final heat, several cars tangled – receiving extensive damage to body parts – but it didn’t slow then down much.

Once through the corners, they blasted down the front straightaway, and drifted through the turn at the end on their way to attack the course again, choosing between the shorter dirt section and the longer asphalt route.

Despite the occasional inevitable bump, few penalties were rendered. Cars damaged or stalled on the track were driven or towed to the pits, where damage was repaired in time to make the next heat.

At one point, the crowd was even treated to two airborne cars, side-by-side at the midpoint jump, as each car attempted to gain the lead.

All-in-all, it was worth the heat and the long delays between races, caused by the need to either go out with a safety vehicle and tow a car off the track, or Zamboni the dirt portions of the track in preparation for the next heat.

Several people nearby suggested filling those long gaps between heats with something other than the play-by-play we were hearing through the loudspeakers as the announcers tried to fill the time. Someone even suggested a stage, where impromptu entertainers could perform, while another suggested some other entertainment options to help pass what – at one point – was a 45-minute delay.

Clearly, something has to be done about the dead time between races, since earth movers are not the most exciting thing to watch, unless they have a role in a James Bond movie. But other than the delays we had a great time.

Will we return? And when? The next chance to catch Rallycross at COTA is the FÍA World Rallycross Championship (WORLD RX) presented by Monster Energy. It comes to COTA for the first time over the weekend of September 29th and 30th. Plus, Ludacris will be the featured entertainment on that Saturday night, September 29th. I hope to be there myself. But I also hope to see some cooler temperatures in September.

Tickets to the FÍA World Rallycross Championship (WORLD RX) presented by Monster Energy in September, are available through circuitoftheamericas.com