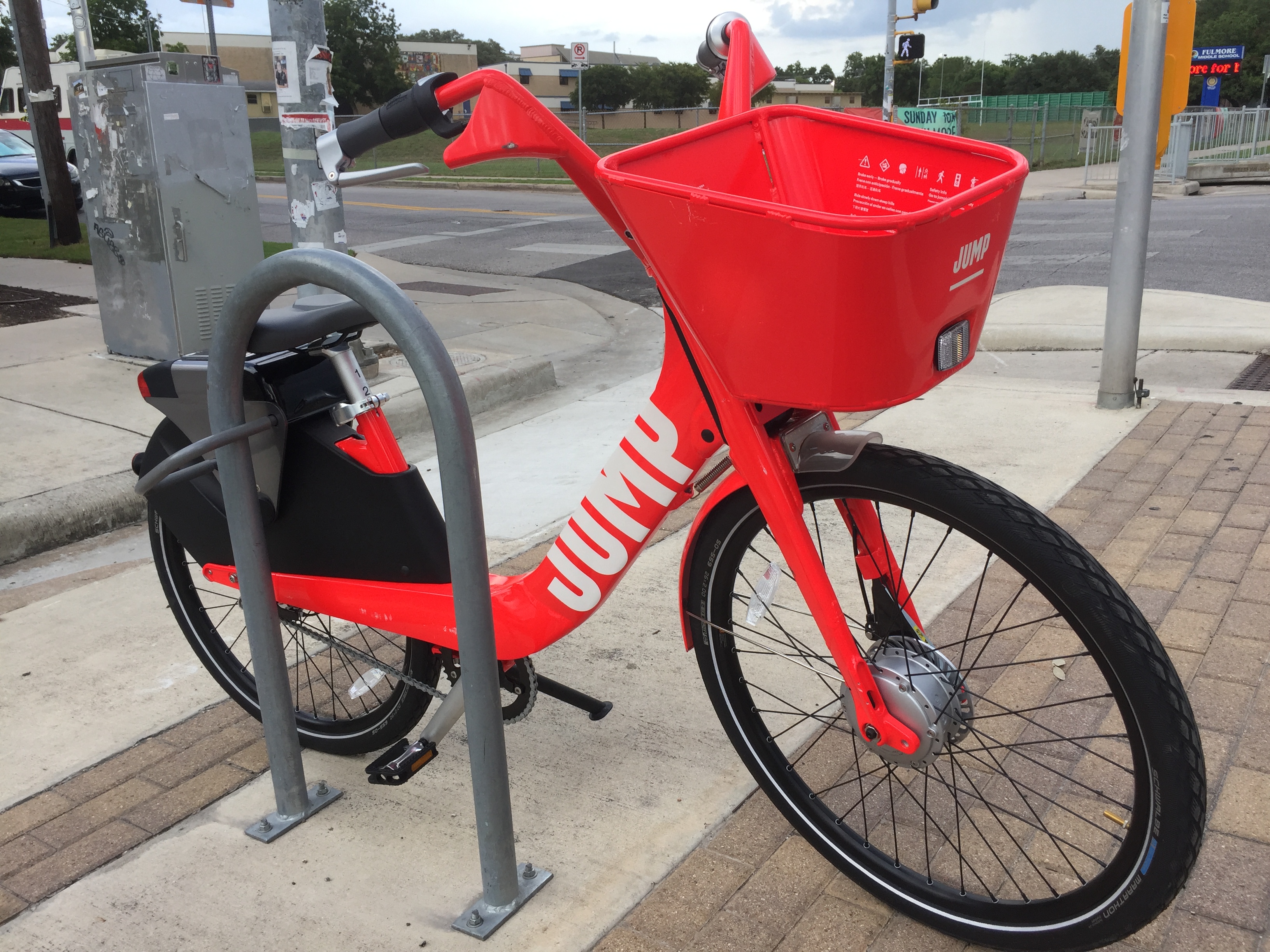 Uber. You remember Uber, the on- again/off-again (in Austin anyway) darling of the rideshare industry. Well, Poppa’s got a brand-new bag: an electric-assist bicycle! That’s right – pedal-powered assist for the two-wheel set. And it may very well be a game changer.

The problem has been that bicycles, at least to this point, have really only been for cyclists. Don’t laugh! That’s a big deal, because bicycles need to appeal to a much larger audience if they are to supplement (I did not say replace!) other forms of transportation.

You don’t have to look any further than my Texas garage (or editor David Boldt’s garage) to find a slew of two-wheelers. We have road bikes, mountain bikes and just plain old bicycle bikes, but none of them are electric! Which suggests that – in the larger transportation picture – bicycle lanes have been underused. Well, that could be about to change.

Here in Austin it was a balmy 103 degrees yesterday. And that’s a lotta Fahrenheit to pedal through. So, you’re likely to find only the hardcore cyclist pounding the pavement on a day like yesterday. But drop that temp a few degrees and calculate in the time to walk to your car, exit the parking garage, drive to a nearby destination and then perform the reverse…and those electrically-assisted pedal bikes, parked conveniently all over town, start looking pretty good. Plus, they’re available using the same Uber app you probably already use.

As of July 2nd, Uber has a couple hundred electrically-assisted bicycles scattered around the Capitol City, under their recently acquired Jump Bikes brand.

Don’t get me wrong – pedal bicycles are great, and almost everyone knows how to ride one. But adding power-assist is HUGE, especially where the terrain isn’t consistently flat. If you want to get from point A to point B and there’s a hill in the way, that little bit of go-juice helps a lot.

Check them out. You can’t miss them in their bright red livery. They’re $2 for the first half hour, and then 7¢ a minute after that. But with electric assist, it’s not likely you will need any extra minutes; you’re rarely more than 30 minutes from your destination when you can get the bikes up to 20 mph.

Scooters are fun, electric scooters more fun. But in an ever-changing transportation infrastructure, one where emergency regulations were instituted for dockless scooters here in Austin in April of this year, the E-Bike adds a new dimension to that transportation evolution. And it’s a really good one.