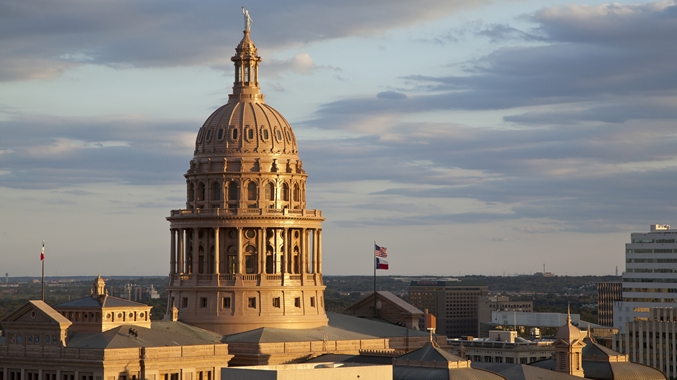 As the City of Austin tries to deal with the political and economic fallout accompanying the exit of Uber and Lyft from the Austin marketplace earlier this week, another glitch has popped up. It turns out there may be few, if any, fingerprint background checks on the drivers that are now driving around Austin for the various entities that stepped in to replace Uber and Lyft. In other words, not only is Austin, not more safe than it was before the defeat of Prop 1 last Saturday; it may actually be less safe.

To the question, who’s been fingerprinted and who hasn’t? The simple answer is… we don’t know. And we probably won’t know for quite some time. There is currently no penalty for not being fingerprinted. And with the rush to get cars and TNC’s out there to replace Uber and Lyft, it’s quickly becoming the Wild West for transportation here in Austin.

In fact, Austin transportation director Robert Spillar has opined that it may be some time before anyone is in compliance. This is after, earlier this week, Mr. Spillar suggested in a memo that the taxi industry here in Austin should probably be at least partially deregulated.

Needless to say, the above did not sit well with the current taxi franchises in Austin. They fought hard against Uber and Lyft at City Hall, only to find out this week that they may be next on the city’s chopping block. As they say, be careful what you wish for because you just might get it.

When the City Council adopted new ride-sharing rules in December, those rules included provisions that would have 25% of Austin rideshare drivers fingerprint background checked by May 1st and 50% by August 1st. Full compliance would not be required until February of 2017.

Since then, Austin mayor Steve Adler has repeatedly said that he never intended that fingerprinting of drivers would be mandatory. And that’s clear in the ordinance, according to the mayor, because there is currently no penalty for non-compliance.

The City Council, challenged with the referendum election held last weekend, had decided to wait to impose any penalties until sometime after the election results were known. That’s somewhat understandable since the election could have gone either way. Nonetheless, it leaves the citizens of Austin, as well as the visitors to Austin, riding around with people that may or may not have been fingerprint background checked. And fingerprint background checks were the PURPOSE of the election. Austin voters, or at least the 17% of registered voters that showed up at the polls, voted 56% to 44% to enforce fingerprint regulations. The victorious City Council declared a decisive win.

Only three days into the current imbroglio in Austin, city council member Ann Kitchen, the driving force behind the fingerprint requirement was working hard to offset the fallout from up to 10,000 TNC drivers suddenly being out of work. A hotline had been established (Tel: 512.687.7441) to handle help requests from drivers. The line is manned by The United Way of Austin. It is normally accessed by dialing 211 and is open from 9-5. But because of the heavy volume of calls to the hotline – with so many drivers out of work – it is currently operating around the clock.

We called the hotline ourselves Friday morning before 7:00, and after a brief time on hold, we were greeted by a worker who was very pleasant. The call took about 15 minutes and we were given a list of other ride share companies and how to reach them. In some cases, it was by phone and in others, the access was by the website. There were four TNC’s, four limo companies, one taxi business, one low-speed electric vehicle company and one pedicab business.

Media reports in Austin show drivers’ experiences with the hotline to be mixed. The hotline also offers resources to help you with the everyday problems that often occur when you find yourself without an income, as many drivers are now; food, lodging, help with utilities, etc.

We haven’t reached out to Uber and Lyft for comment because we took them at their word. From the beginning, they both said that if Austin imposed mandatory fingerprint background checks for TNC drivers, that both companies would leave town immediately after the election. That was a signal that was hard to miss. There was no ambiguity in that statement, and there was no hesitation once the election was over. Uber operates in over 270 cities worldwide. Lyft has recently joined forces with General Motors as they plan an expanded future, which includes introducing autonomous taxis as early as later this year.

AN UPDATE FROM LYFT: “As of May 1st, the rules created by City Council require 25% of drivers to be fingerprinted. We took the city at its word that it would implement the rules on its books. If the Council has no plans to actually require fingerprinting and is actively promoting businesses who are failing to meet fingerprint requirements, then it owes a people of Austin an explanation about why they no longer have access to ridesharing.” – Chelsea Mimms, spokesperson for Lyft.

Alan can be reached by email at reachalanpease@gmail.com.