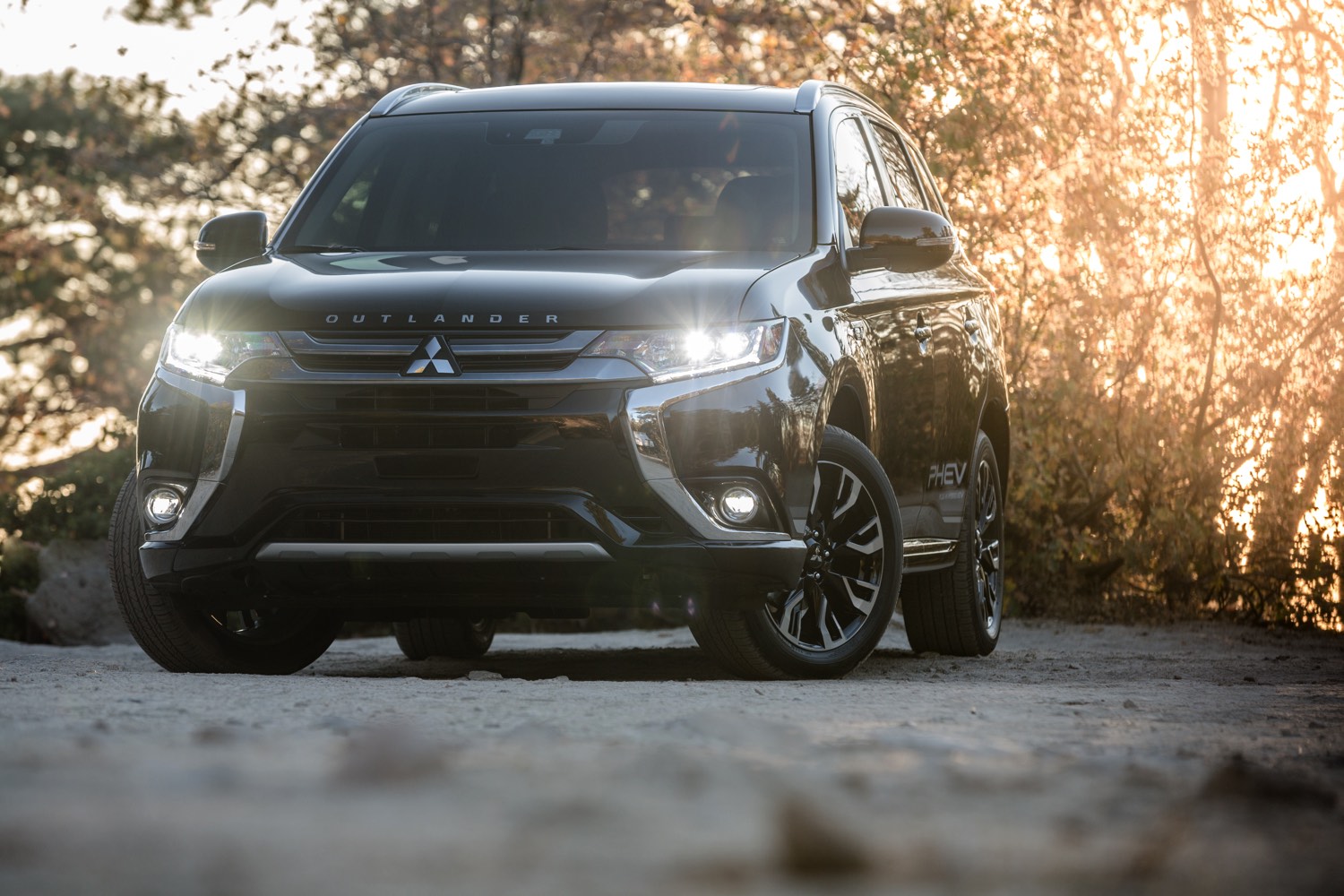 It was as a captive import – you know, Ford had the Cortina, Buick sold Opels and Dodge imported the Colt – that I first saw a Mitsubishi. That first Colt, brought to Dodge showrooms in 1970, had a quantifiable amount of spunk in both its overall footprint and its rear-wheel drive platform. And to channel John Wayne’s Rooster Cogburn (something I do at least once a decade), I like spunk. Almost fifty years later a far more mature Mitsubishi, selling vehicles under its own nameplate in the States since 1982, is attempting to revive its innovative energy with the first plug-in crossover available in these United States, the Outlander PHEV. If you like a value argument, you might as well plug in here.

Before Mitsubishi incurred a near-death spiral in the early ‘00s (as a result of a financing initiative that almost defines ‘ill-advised’) they had offered a treasure trove of desirable products. The Mitsubishi Montero served as an off-road answer to a question few mainstream consumers had asked, and did so with credible performance and versatility the folks at Jeep had just begun to recognize. Under its hoods, Mitsu was introducing the very first balance shaft, making large displacement four cylinders viable for not only Mitsubishi, but also for licensees – such as Porsche. And the Mitsubishi Evolution was one hot, rally-inspired concoction, supplying ballsy performance with a (small) dose of refinement. The end result made Subaru’s WRX seem a tad agrarian and, on smooth asphalt, a tad overmatched.

Mitsubishi’s near-death spiral, however, was immediately followed by the near death of the global economy. The good news: While many industry observers expected the Mitsubishi folks to take the exit strategy of an Isuzu or Suzuki – or Goebbels or Bormann – they instead chose to hang, with few offerings and little news. Fortunately, Mitsubishi is beginning to show signs of a pulse, and in our view that revived heartbeat begins with the Outlander PHEV.

The Outlander and smaller Outlander Sport have been a mainstay of the Mitsubishi lineup since – we’re guessing here – forever. In 2014 the larger Outlander received new sheetmetal, along with interior enhancements and the predictable safety and tech updates. And while its new(ish) shape won’t dazzle, neither is there anything here to offend. The design verges on the organic, and if you tire of the ‘cutting edge’ offered by Toyota and Lexus, this will strike you as a breath of electrified air. Inside, there’s again nothing to delight, but little to disappoint. Materials are decent, seating is supportive, and the wide rear bench makes five passengers (or a bulky child seat) a more comfortable reality.

The big news, of course, with a plug-in hybrid is the plug-in hybrid. While any number of OEMs are jumping on the plug-in bandwagon, Mitsubishi was the first to do it within the footprint of a crossover. And since many of these are used for the intown commute or neighborhood carpool, an all-electric range of but 22 miles is actually practical. You plug it in overnight, awaken to that 22-mile range, go to work or run your morning errands, and plug it back into a charger during the day. At the end of the day you repeat the process, never buying gas unless the weekend Home Depot/Target run is more than a 22-mile roundtrip. (And for that, you could take the Boxster, right?)

Under the hood, Mitsubishi’s design team combines a 2.0 liter, normally aspirated four – which eliminates any range anxiety – with twin AC motors delivering 137 nm of torque and 60 kilos of power. And without a clue as to what those numbers mean beyond their raw numerical context, I do know they motivate the Outlander’s 4,000 pounds with some degree of authority. Merging or passing isn’t a challenge, but neither action will be undertaken for its recreational benefit. This is, after all, family transport – and not a Road & Track fantasy camp.

We, of course, can’t touch on ‘family’ without touching on family values. And as Dallas-area Mitsubishi dealer Don Herring, Jr. put it, the Outlander PHEV is one heckuva value. With both a federal tax credit and a Texas-sized $2500 rebate from our Great State, you can lease the Outlander SEL for $199/month. The leasing source uses the tax credit as a cap reduction, while applying the $2500 from Texas to the upfront costs. And while the lease allows only 10K miles per year over that 36 months, pencils were devised to further the needs of creative math – put a pencil to it.

With the recent investment in Mitsubishi Motors by Nissan, the upside to Mitsubishi’s growth and development, both here and globally, is positively rosy. To be sure, most of that is tomorrow – while we’re talking about today. But if in need of solid transportation today at an aggressively reduced monthly outlay, good folks (like Don Herring, Jr.) are here to help.