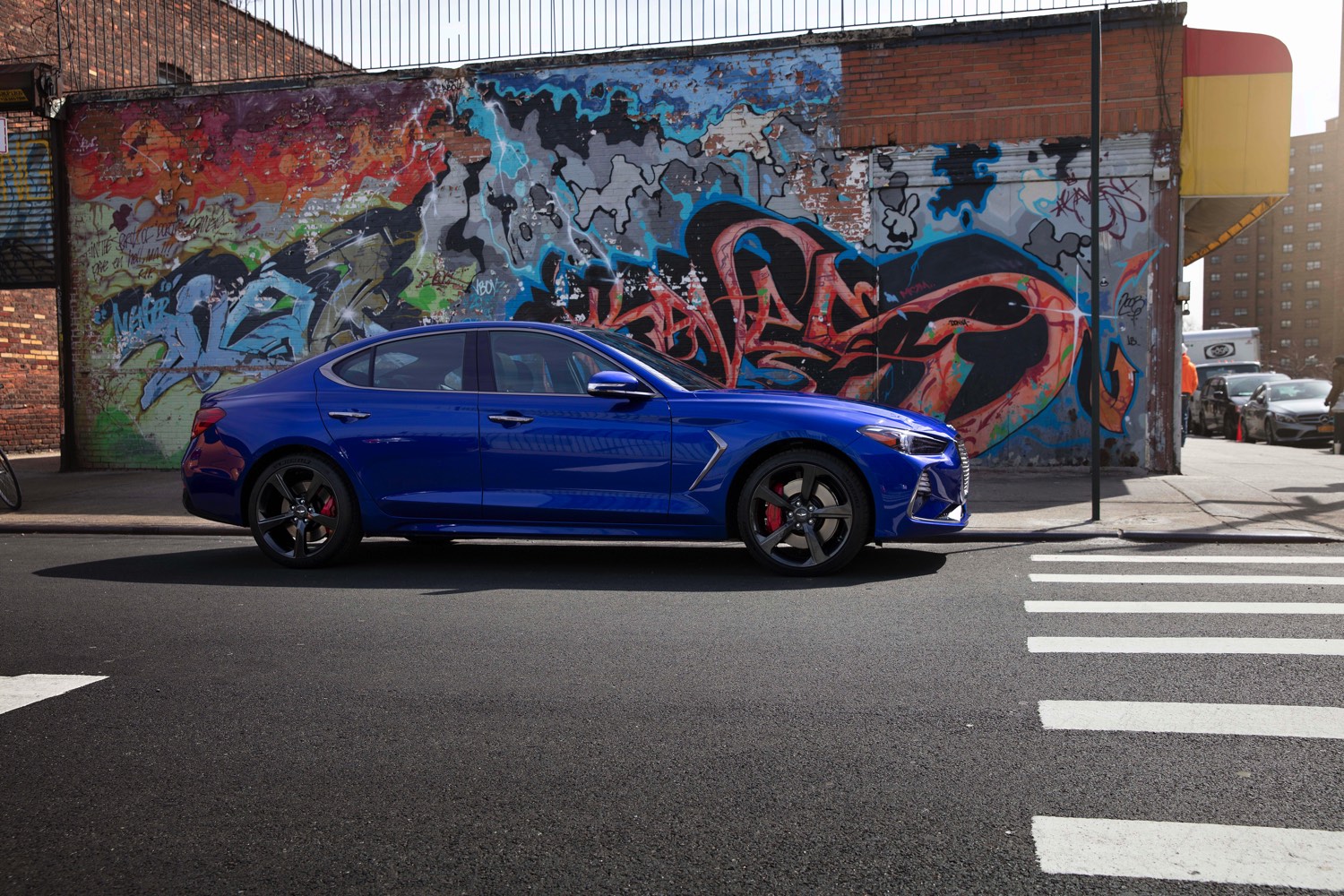 It’s been almost a year (March 28, 2018) since Hyundai’s upmarket Genesis division unveiled its new G70 sport sedan at the New York Auto Show. One year later the G70, complementing the brand’s bigger G80 and biggest G90, is trickling into Genesis showrooms as those showrooms trickle into existence. This newest model, whose gestation has felt increasingly like a Trump CPAC speech, fully matches the hype and – for those of us still enjoying the sport sedan construct – reinforces the hope.

To be sure, we don’t have here the reinvention of the wheel. The Genesis team chose to enter the 3 Series segment, grabbed ‘Athletic Elegance’ as its design signature, and chose a rear-wheel drive/all-wheel drive platform to deliver that signature in. And while this is an increasingly crowded category, offering everything from the Alfa Romeo Giulia and Audi A4 to a reinvigorated Volvo S60, the G70 team apparently found it relatively easy to determine what was important in the segment, while also avoiding that which isn’t important.

This is from Luc Donckerwolke, the Genesis executive vice president leading Genesis design – and you’ll only see this here: “We shape fascination and desire with the passion, dedication and talent from our designers. The G70 is designed to captivate all senses with tensioned, muscular exterior and rich, tactile interior.”

Outside, I liked the traditional 3-box format, and the rear-wheel drive architecture provides the preferred long hood/short deck proportion. Happily, for a 2018 debut the G70’s sheetmetal is remarkably devoid of affectation. The team employed a vent immediately behind the front wheel well, taken – we’re guessing here – from the similar aperture of BMW’s 4 Series, but it doesn’t distract from the shape’s overall goodness. And the four doors provide easy access to both front and rear seats; the profile is just low enough to be coupe-ish, but not so low as to require your chiropractor be on speed dial.

Once inside, you’ll enjoy a leather-lined application taken almost directly from the design studio of Maserati. Quilted leather dominates, which works fine if you’re wearing something other than your Speedo or thong. And while the front seat shape is accessible, it’s also supportive – and when in fierce cornering mode you’ll appreciate the support.

Under the G70 hood, Genesis again follows the 3 Series playbook, offering both a 2.0 liter turbocharged four (252 horsepower) or 3.3 liter V6 (365 hp). Both drive either the rear wheels or all wheels through an 8-speed automatic, while those opting for the 2.0 liter four/rear-wheel drive can also select a 6-speed manual.

At a media get-together last fall at Summit Point Raceway in Maryland, we briefly sampled the four and six, and came away impressed by both. Superficially, the four seems lighter and, with its better weight distribution, more tossable, but there’s no argument with the beauty of 365 horses propelling a compact, rear-wheel drive sedan weighing less than 3,800 pounds. The claimed 0-60 for the V6 is well under five seconds…and what’s not to like about that? (Of course, if opting for the four just leave a second sooner…)

Beyond the numbers is, of course, how you’ll feel behind the wheel. And in a word, you’ll feel connected. The twin-turbocharged V6 fitted in our press model is utterly amazing in its pull, while almost sublime in its execution. And although an investment north of $50K may seem out of place on the Hyundai showroom of old, most of those ‘old’ showrooms have been replaced, or will be replaced very soon. Whether considering to buy, sell or hold, I’d say ‘buy’.

And if there exists a disconnect in the Genesis consideration, it’s the stutter-step (as we’ve written before) regarding the dealer network. At present the dealer body in Dallas and Collin counties is up and running, but if you’re shopping Tarrant County you apparently have a wait. The good news: Hyundai’s Genesis lineup – all of it! – is worth the wait.