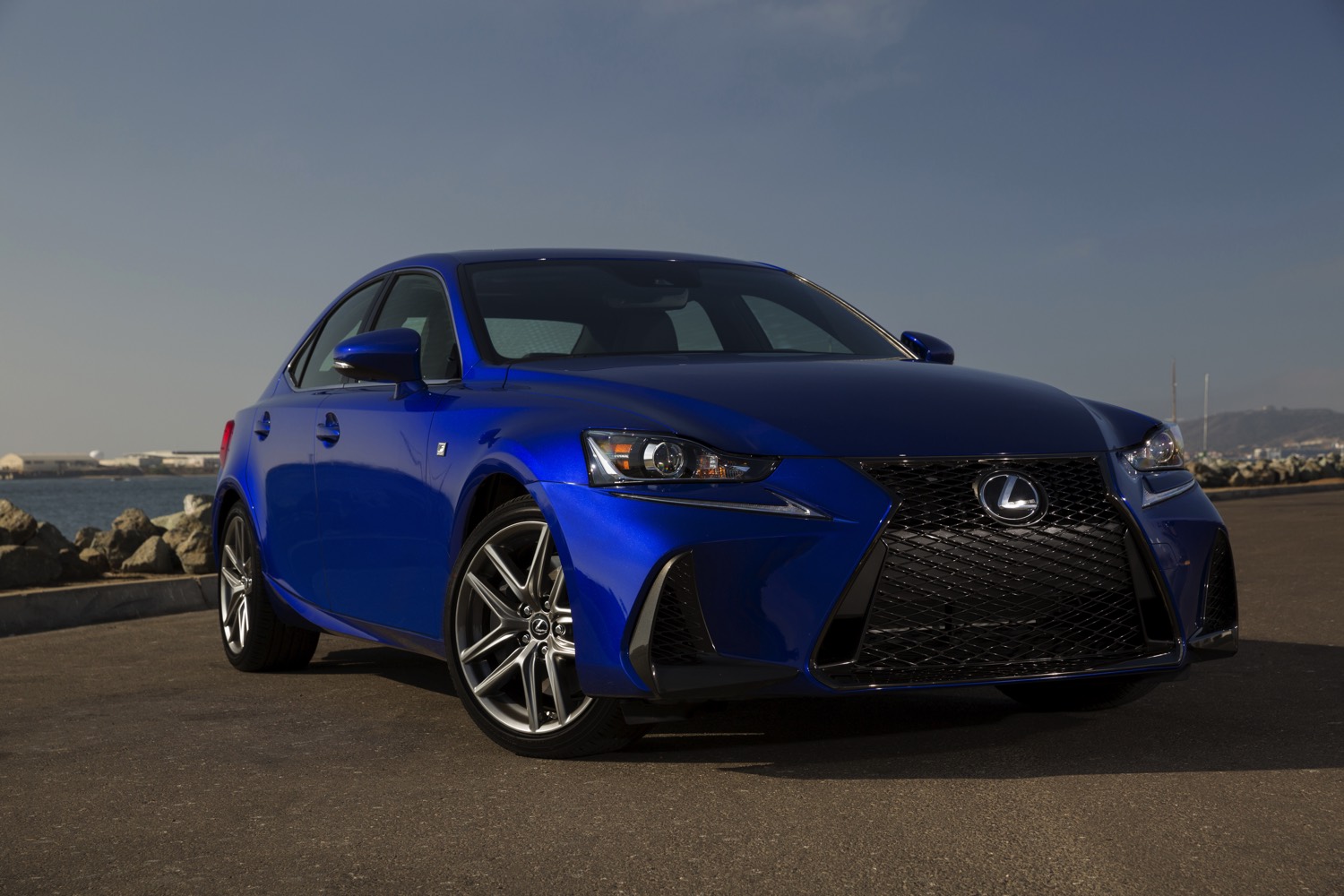 In fifty years of driving, I’ve enjoyed the ownership – albeit briefly – of but four sport sedans: an Alfa Romeo Berlina from ’74, an ’81 BMW 320i, a gray market 323i from roughly the same period, and an ’82 528i. That’s it. But I’ve spent considerable time since 1993 driving sport sedans, and in that time I’ve established a few personal truths attendant to a sport sedan’s design and development. The first element, and arguably the most important: a sport sedan should be tightly drawn, with four doors and room for but one passenger per door. The Lexus IS 350 is just such a car, and (thankfully) flies in the face of its newer competition and their larger platforms.

The Lexus IS 350 (and the 4-cylinder, turbocharged IS 300) is now in its third generation, almost twenty years after the Lexus IS was first introduced to the States. And while most of its competitors, new and old, have matured into almost midsize sedans, the IS 300/350 continues to look and feel much like that first iteration, introduced to the U.S. market for 2001.

In reporting in the May issue of Road & Track, writer Jason Cammisa notes the growth in the BMW 3-Series. As Cammisa reported, the “3-Series has grown to the point where it’s no longer sized like a 3-Series or, at least, the car as we long ago grew to love it. The (new, current) Three may be only moderately larger than the F30 it replaces, but seven generations of incremental size increases have resulted in a ‘compact’ sedan roughly the same size of a 5-Series from 2003. Which is also roughly the size of a 7-Series from a decade before that. Let that sink in.”

As I’ve suggested since ’93, there’s been incremental growth in the size of most cars since safety and emissions standards first began in the late ‘60s, so we get that. But knowing the 3-Series is almost as large as a 5-Series from 15 years ago is sobering, as is the growth of its immediate competition. What are essentially midsize sedans also emanate from Alfa, Audi (A4), the newly announced Genesis G70 and the Mercedes C Class.

When adding size to a sport sedan you’re almost irrevocably reducing the ‘sport’. Obviously, there are exceptions, but if Lexus were to lengthen the IS series to better match its Benz or BMW competition, and in the absence of lightweight (and expensive) materials for its manufacture, the Lexus would undoubtedly forfeit its point-and-shoot personality, the athleticism you enjoy both behind the wheel and – frankly – simply as you approach it. Parked next to my son’s ’11 Subaru Forester, the IS 350 looks positively tiny. But once inside, a reasonably expansive interior, when judged within the context of its 184 inches of overall length and 3700 pounds of curb weight, comfortably seats four adults…and their expectations.

As noted, under the hood you have your choice of a responsive 2.0 liter turbocharged four or more responsive 3.5 liter V6. We like them both, and if opting for the optional all-wheel drive see some benefit in the more relaxed disposition of a normally aspirated V6. Delivering its 311 horsepower to the rear wheels (or all wheels) through a 6-speed electronically controlled automatic, acceleration is quick (0-60 of 5.7 seconds is claimed) and passing capability that is, within the category, fully competitive.

Enhancing your connection to the road is the F Sport package. For your $2,365 you’ll enjoy 18-inch alloys with 225/40 rubber up front and 255/35 in back. These, in combination with the F Sport suspension, adds to the IS athleticism, without subjecting you to any perceivable comfort penalty.

As this third generation has evolved, Lexus has done little to screw it up. We continue to wish the now signature ‘spindle’ grille would provide a more muted signature, but it doesn’t begin to project the excesses of some other, more recent Lexus models. Inside, I – and a lot of others – would prefer an easier interface for audio selection, but then, we don’t have the benefit of long-term ownership. We’re borrowing the car for a week.

Having a base price – with destination – of $45K, the Lexus IS 350 AWD represents a valid consideration. You’ll find more accommodating sedans, and you’ll find sportier sedans. But you’ll be hard-pressed to find one 4-door that combines the best combination of ‘sport’ and ‘sedan’ in one reasonably accessible package. Put it on your short (or ‘sport’) list.