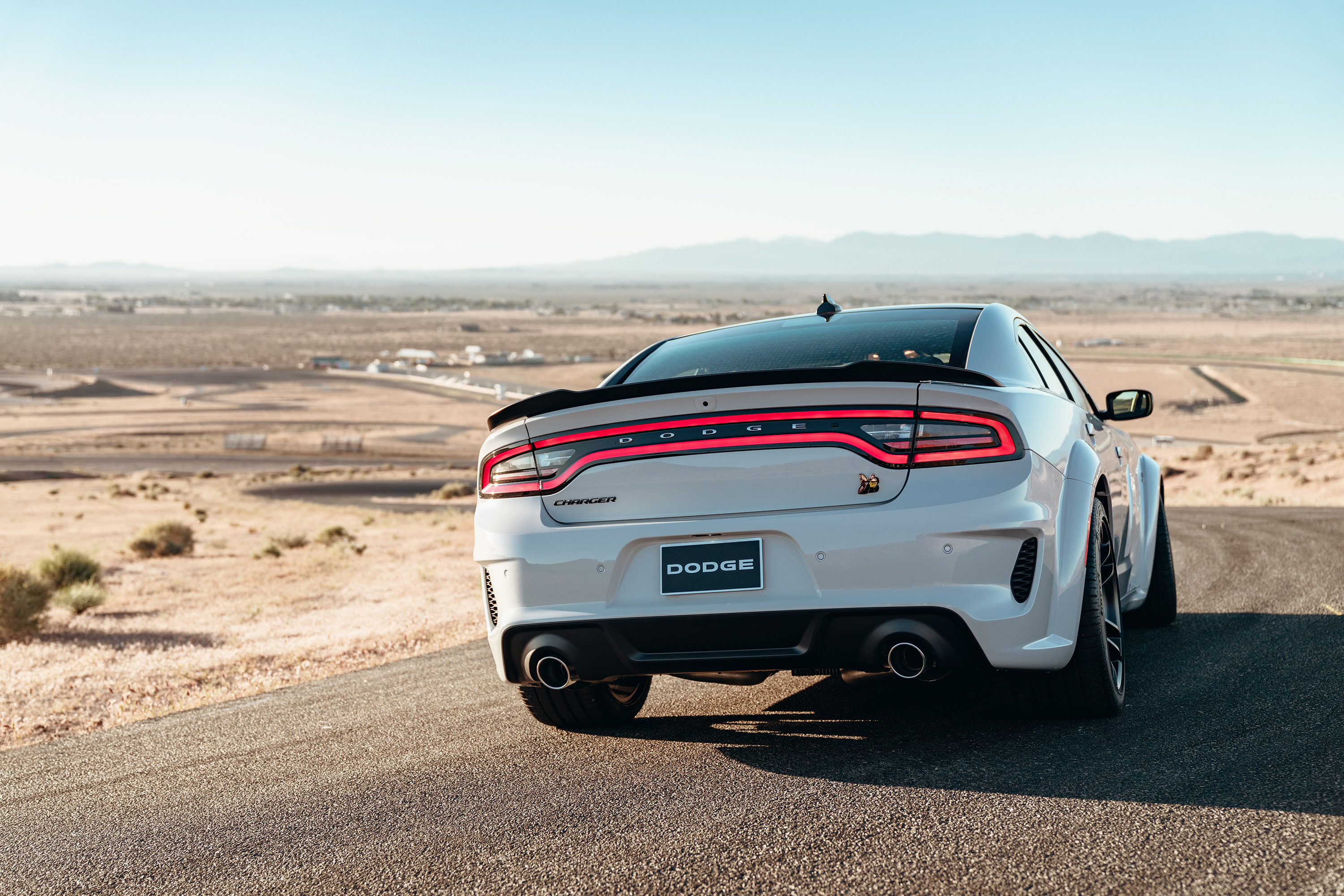 The first week of July is arguably the climax of summer vacation in this country. The weather is heated with traces of mesquite charcoal in the air, and visits to the lake come with the promise of fireworks at nightfall. With that, the month of June saw several breaking news stories involving our favorite V8’s from Motown that foreshadow what might be the peak for the modern muscle car era. To save you valuable scrolling time I’ve gathered the highlights of these stories, compressed into one article. Here we go!

The debut of the new 2020 Dodge Charger SRT Hellcat Widebody has to be one of the most unsurprising automotive events of the decade. The mods are on one of the oldest platforms still in production, one which has been continuously tinkered with over the years. To its credit, it’s staying relevant…kinda’ like Biden or Sanders hope to stay relevant. Plus, the Dodge Charger and Challenger are siblings that share the same toy box. The Widebody package will be standard on all 2020 Charger SRT Hellcats, and an option for 2020 Scat Pack Chargers.

The new Widebody package adds 3.5 inches to the 2020 Dodge Charger’s width. In addition, Widebody Chargers will be fitted with 11-inch wide tires on 20-inch wheels, along with upgraded Brembo six-piston front brakes (four-piston in the rear). Dodge claims the 2020 Widebody Charger can stop from 60-0 in 107 feet! And it’s not just an appearance package, as the front fascia funnels air towards the radiator, and its rear wing actually improves aerodynamics.

The 2020 Charger SRT Hellcat Widebody will still carry the supercharged 6.2-liter Hemi V8 with its high-caliber 707 horsepower. It’s bolted to the standard TorqueFlite 8-speed automatic transmission, allowing the 2020 Charger Hellcat to reach 60 mph in 3.6 seconds and a top speed of 196 mph! 2020 Scat Pack Chargers will be powered by the 392 Hemi V8 with 485 horsepower, which offers a surplus of fun. Carbon and suede interior packages are new 2020 Charger options, as well.

Ford announced that the 2020 Shelby GT500 Mustang will be putting 760 horsepower – and 650 lb-ft of torque to its rear wheels. With a seven-speed duel-clutch automatic as its sole transmission and a claimed top speed of over 200mph, Ford says the 2020 Shelby GT500 Mustang is the most powerful street-legal Ford ever—with the most power-and-torque-dense supercharged production V-8 engine in the world! Now we know how much all this will cost you.

The 2020 Shelby GT500 Ford Mustang starts at $73,995 and tops out at $95K for a fully loaded model. Top-tier options include a Performance Enhancing Carbon Fiber Track package that costs $18,500! As you’d have guessed, this Monroney makes it the most expensive factory Ford Mustang ever offered. Imagine paying six figures for a brand-new Shelby Mustang and it isn’t at Barrett Jackson. The 2020 GT500 is also nearly $13K more than the Shelby GT350.

The last time GM killed the Camaro, its hiatus lasted from 2002 until 2009. In ‘09 it reentered the market with retro styling, and a marketing strategy of becoming a children’s toy starring as Bumblebee in Michael Bay’s Transformers film franchise. Now, ten years later, GM is rumored to be saying that the current sixth gen Camaro will be the last one – again, for now… maybe.

Muscle Cars & Trucks broke the story with anonymous sources from GM, saying that development for a seventh generation Camaro had been suspended, and that the nameplate will be shelved once the current model run ends in 2023. In 2018 sales figures for the Camaro dropped 25%, forcing GM to give the 2019 Camaro a midyear face lift after Internet backlash over its front-end looks.

Will it be sad to see the Camaro go? Absolutely! I hope they give the Camaro one final high-horsepower middle finger to the Mustang and SRT MOPARS before fading into the mid-2020’s. Go out in a blaze of tire smoke!