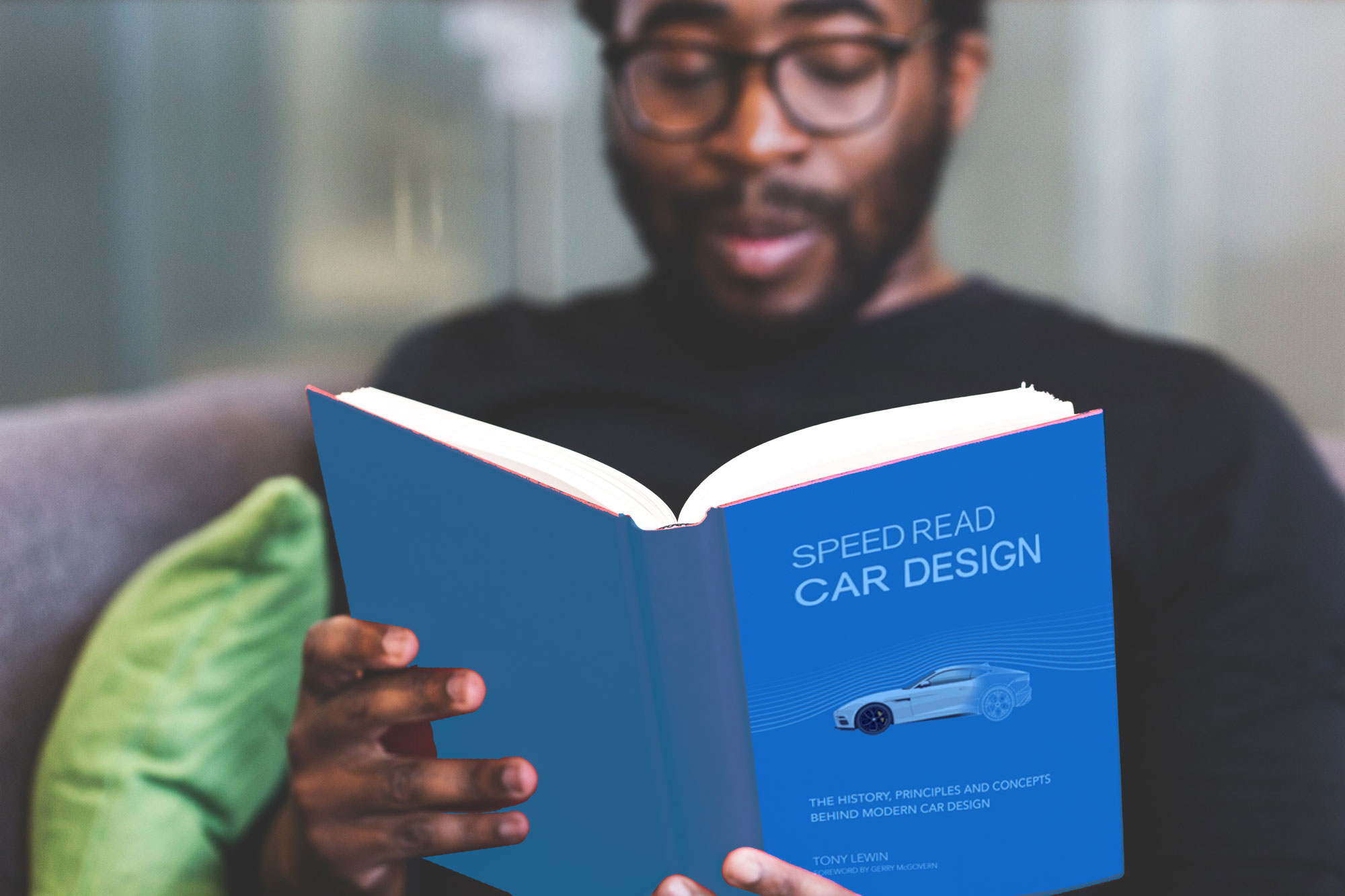 Writing this on August 15th, there remain (perhaps) a dozen poolside days in which to take a dip, have a beer and grab a book. And if on this site, it might as well be an automotive book, with printed words and color photography. The audiobook will always have its place, but when discussing automobiles, car design or driving in general – or going granular on one particular make or model – it’s nice to have the subject material at hand, with no distractions on the horizon.

We’ve looked at Quarto Publishing’s Speed Read series previously, and continue to think that, despite its categorization, the books contain an immense amount of info that’s surprisingly digestible. One of the latest titles is Speed Read – Car Design, by Tony Lewin. Within a book of seven sections and 150 pages, Mr. Lewin covers most of what is involved in establishing the general architecture of an automobile. And in explaining the subject, Lewin looks into the history of automotive design, dissects some examples from the present, and takes a credible look at the future.

The seven sections speak to car design’s depth, ranging from The Birth of Car Design (Section 1) and A Century of Changing Shapes (Section 2) to The Creative Process (Section 6) and What Comes Next (the close, in Section 7). You can learn about the way the book was complied, just click for info. Sprinkled among the now-expected excellent illustrations is the Jaguar XK-120, Ferrari Daytona, Jeep CJ and original Mini. We also have the losers, including Pontiac’s Aztek, Triumph’s undercooked TR7 and the AMC Pacer. Lewin takes a look at wheels, lighting and overall shape. And after absorbing the info and perspective, you’ll never look at a car’s shape quite the same way, again.

A favorite subject, in part because I’m lucky enough to own one, is the Porsche 911. And while only guessing here, it seems there are roughly the same number of volumes devoted to Porsche’s iconic coach as there are to Abraham Lincoln. In The Complete Book of Porsche 911, author and photographer Randy Leffingwell provides a readable and reliable source of every 911 model since 1964. And as you’d guess, even within a lineup that has retained essentially the same layout for all of its 55 years, there’s a lot of info to relay, and a lot to absorb. Of course, in the 911’s first 35 years it was all air-cooled, while in the last 20 we’re talking wasser-boxer. And while the values of air-cooled cars have risen almost exponentially, water-cooled models from the late ‘90s and early ‘00s are performance bargains.

Of course, you don’t need to be in the market for a 911 to enjoy Leffingwell’s book. Its 450 images, many from Porsche’s own archives, illuminate the designs, while Leffingwell combines the historical record with anecdotes that enliven the book’s 344 pages. The is the most completebook of the 911, recently updated to include the just-announced 992. At a suggested retail of $50, it comes out to just about one tankful of 93 Octane…if you’re lucky enough to own a 911.

Porsche owners don’t often delve into autonomous driving, and neither – presumably – does author and editor Larry Webster. In his Never Stop Driving: A Better Life Behind the Wheel, Webster and a cadre of contributors celebrate what most of us on the txGarage site already know – there are huge benefits to be gleaned from owning, driving, racing and/or simply playing with cars. As Webster puts it, his book “is essentially a love letter to the art and act of driving. With driverless cars on the horizon, it’s worth celebrating the fact that for many people there are enormous benefits to simply taking a drive in the country or getting dirty under the hood.”

Beyond the words and insight provided by Larry Webster, there are several other bylines you might recognize, including Zach Bowman and Jack Baruth, along with contributions from Aaron Robinson, Sam Posey and Dan Neil. There are many more contributors, and many more perspectives…but you get the idea.

In today’s media maelstrom, the intrinsic value of independent mobility often gets minimized, or is morphed into bike sharing or the electric scooter.  Autonomy isn’t on the horizon quite as immediately as some in the industry have claimed, but realistically, the automotive hobbyist will eventually be in the same corner as the motorcycle hobbyist, occupying a niche that not everyone understands or appreciates.

If you lack that understanding or want to gain that appreciation, Mr. Webster’s Never Stop Driving is a viable resource, a manual making it easier to rationalize what is often an irrational pursuit. As family members or friends reach the age of attainment (16!), they’re gonna’ get a copy. And it won’t be a gift – it will be assigned reading.

The Father’s Day Book List: Blessed Be A Tie That Binds
The Mini at 60: Still irreverent, increasingly relevant
Event Calendar