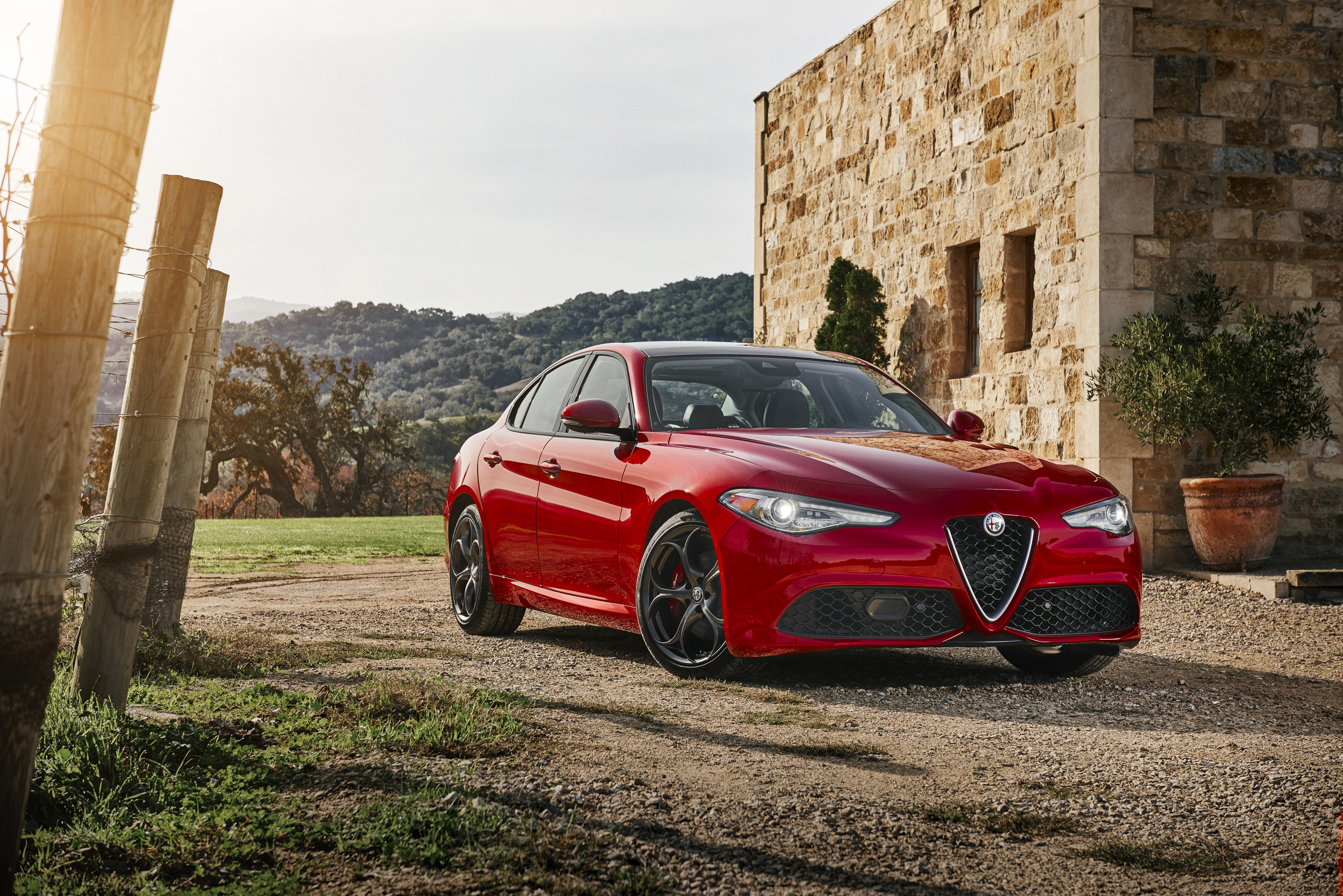 In our preview of the State Fair of Texas media day (Trucks Over Texas!), we noted that for those tiring of trucks – or not really into trucks – Fair Park’s Centennial Building, immediately across the Esplanade from the Automobile Building, has a wide variety of import brands – and many of these OEMs don’t even build a pickup! Included on the Centennial floor are Alfa Romeo, Honda, Hyundai, Jaguar, Kia, Land Rover, Nissan and Subaru.

Coincidental to our look at Fair Park is Motor Trend’s New Car Issue of October, 2019. Notably, rather than do the A-Z catalog – which the InterWeb can do better – the editors at MT elected to share their editorial insight into what they regard as the best picks in the car, truck and SUV segments. And since you have a chance to kick at least a few of these tires at the State Fair, here are some excerpts.

In the Cars category, MT’s team starts with the hatchback, identifying both Ford’s Fiesta ST and Kia’s Soul for recognition. It’s been a few years since I drove the Fiesta ST, and absence undoubtedly makes – you know – the heart grow fonder, but there’s a lot to like in what, after incentives, becomes an under-$20K investment. As I wrote (and clearly remember), the Fiesta ST is today’s 4-door Miata, perfect for the sports car intender with kids. Regrettably, the Fiesta is on Ford’s Death List, and this affordable piece of fun won’t be repeated.

Along with the Kia Soul, its corporate sibling, the Hyundai Elantra GT, also gets a mention. With 201 horsepower from its 1.6 liter turbocharged four, this is more ‘warm’ than ‘hot’, but it’s amazing fun, and great value at its mid-$20s price point. The writer, Alex Nishimoto, recommends the 6-speed, while I like the Elantra’s DCT. You spend your money, you take your choice.

Among sedans, the selection of Tesla’s Model 3 doesn’t come as a shock (sorry), but the profiles of the Alfa Romeo Giulia and Cadillac CT4 – just being released – do. The Giulia provided an entertaining ride and, importantly, reliable service while in Motor Trend’s press fleet. And while Cadillac’s CT4 is largely unknown (and certainly untested), the design is compelling. Finally, Kia’s Stinger – in base, 4-cylinder trim – represents one helluva buy for an under-$35K point of purchase.

In the truck lot, you’ll find the usual suspects, PLUS Hyundai’s rumored Santa Cruz and Nissan’s Frontier, caught in its own evolutionary death spiral. The Santa Cruz, in the rumor mill almost as long as Jeep’s pickup, is anticipated for the 2021 model year, and built on a unibody platform closely related to Hyundai’s Tucson crossover. With 4-cylinder power, a 2+2 cab and shortish bed, this won’t be a truck for the landscaping industry, but should serve well when – on a weekend – you want to grab some landscape.

The antithesis of ‘all-new’ or ‘rumored’ is Nissan’s Frontier, with a design and platform locked in during the Bush 43 administration. MT’s Alex Nishimoto keeps his spec simple and price point low, sticking with a Frontier S with a base price of just over $20K. This one is for the landscaping industry, and at $40 per job, you’d have the thing paid off in a couple of summers.

In the crossover category, the staff fave was Subaru’s Crosstrek. And having owned a ’14, I understand their enthusiasm – while still wishing its normally aspirated 2.0 liters had another 30 horsepower, or wasn’t normally aspirated. Also in the crossover/SUV mix were Hyundai’s Kona, Mazda’s CX-5, Toyota’s RAV4 Hybrid and Land Cruiser, along with Honda’s CR-V and Passport.

In contrast to the magazine’s value-driven selections is the Chevrolet Blazer. With a base of $30K, editor Frank Markus selected enough options to have the window sitting at just under $50K! And if $50K for a Chevy doesn’t scare you, take a look at Jaguar’s I-Pace electric, with a starting point of $87,000. Before, of course, federal and state tax credits.