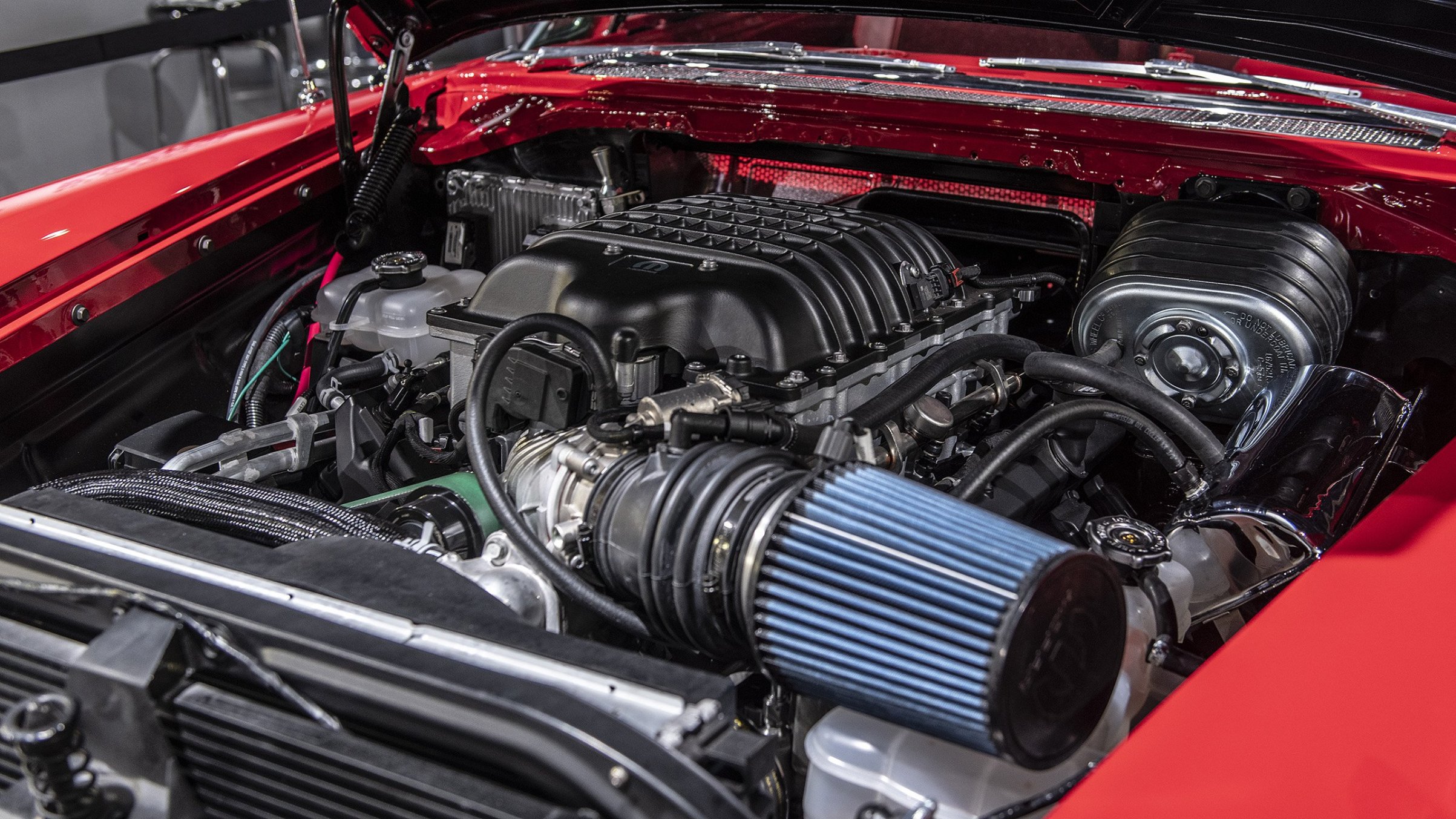 EVIL GETS A HEMI

Thurston Harris’ Little Bitty Pretty One echoes in the distance on a moonless night, as a set of twin-beam headlights pierce the horizon. A green light illuminates a traveling needle on a wrap-around speedometer as it climbs east, crossing 60..70..90..125. A flash of chrome sparkles for an instant off dimly lit street lamps as a red mist races underneath. A whining supercharger stabs the night air with 426 cubic inches of V8 rumble playing bass. Cold breath escapes the lungs as she races by. Evil just got a Hemi, and she’s back to raise some hell. Meet Christine’s SEMA sister, the 1000 horsepower 1958 Plymouth Fury. It’s the perfect car (in my opinion).

Hemi Christine was built by the Mopar gurus at Graveyard Cars – led by Mark Worman – for the 2019 SEMA show. Worman hosts a reality-based TV show under the same name, Graveyard Cars. It’s a show where they restore classic Chrysler muscle cars back from the dead (regardless of condition) using the most detailed factory methods to make them truly “like they just rolled out of the factory”. This Hemi Fury is powered by the new, supercharged 6.2-liter Hellephant crate engine by Mopar, making 1000 horsepower and 950 lb-ft of torque!

While Graveyard Cars is known for restoring Mopars back to blueprint condition, they decided to have some fun with the Fury. This is SEMA after all, the car show where imagination occupies the driver’s seat. Originally, this particular 1958 Plymouth Fury sported a 350 Gold Commando V8 engine – one of the truly great names for an engine.  Sand Dune white over Beige was the original color; it was switched to PPG Spectra red (the best red). According to Graveyard, only 5,300 Gold Commandos were built in 1958, and only 41 are known to have survived.

So, why do I feel this overpowered 1958 Plymouth Fury is the perfect car? Well, this is my number one all-time dream car, and adding 1000 horsepower turns it into a fantasy car that now exists in my reality. I’m not sure if this is considered a resto-mod, since the only other upgrades include a set of Magnaflow exhausts, Silver Sport four-speed transmission, and an Eaton Truetrac differential to handle the extra power. No fancy suspension, no digital gauges, and she still rolls on her signature white wall tires. Life is more than just doing burnouts.

I know this car is as impractical as it is rare, but I fall victim to its possessive design. There is just something sexy about 1000 horsepower planted on white wall tires. Christine is a red-hot hot rod, and thanks to Graveyard Cars she has enough torque to crash through the gates of hell and terrorize the highways once again. I love this car, and I thank those responsible for building it. Hell hath no Fury…like a Hemi-powered Plymouth.