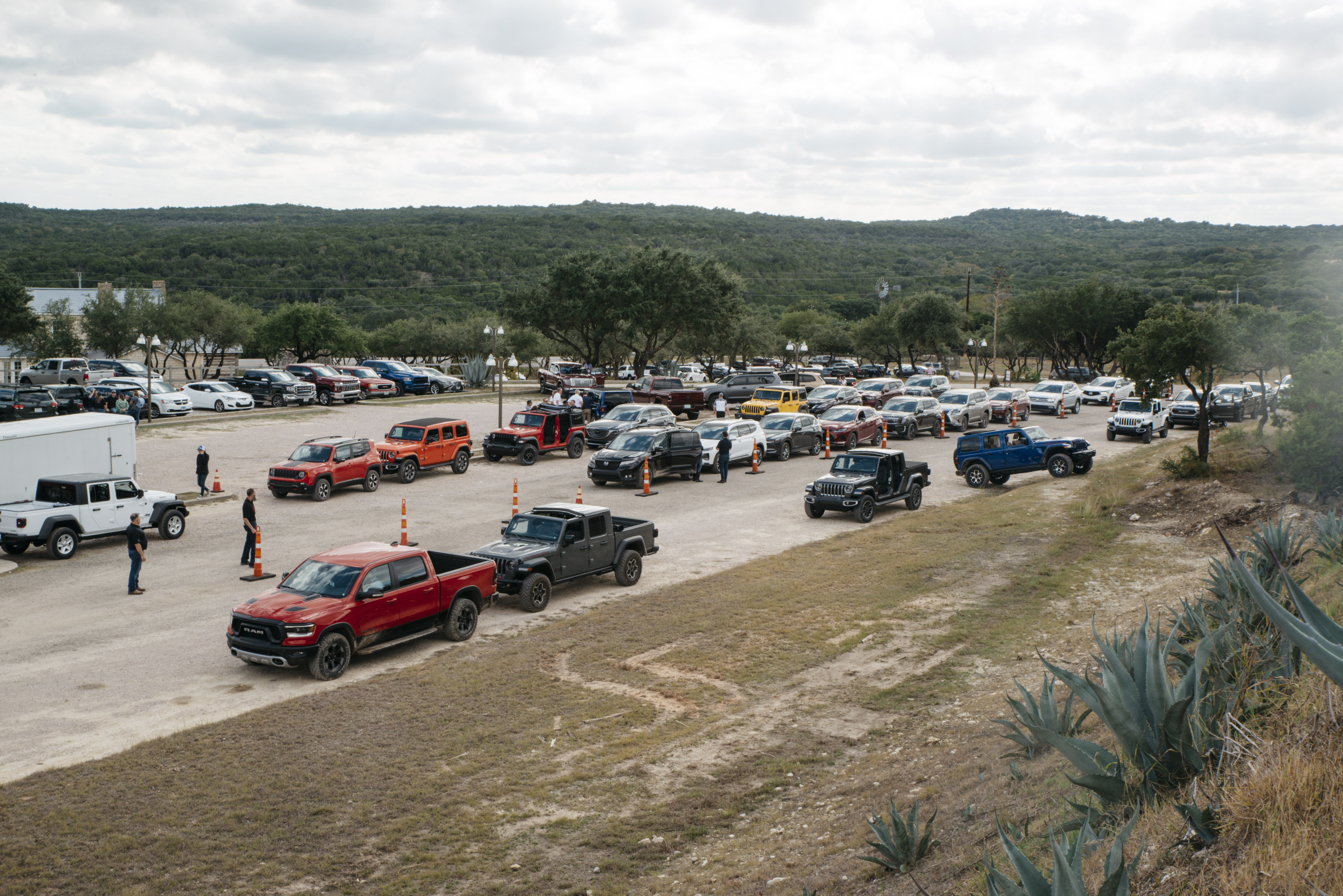 In the fall of 1993 I had just embarked on what I laughingly describe as a ‘career’ in automotive journalism. Supplying weekly reviews to a small chain of community newspapers in southwest Dallas County, I was also charged with selling advertising to area dealers. The math was simple – more pages of advertising sold secured more inches for automotive edit.

Not long after I had introduced myself to Ford’s regional PR manager Jim Bright, Jim advised me that the Texas Auto Writers Association was hosting the inaugural Texas Truck Rodeo in San Antonio. I became a TAWA member, secured a few days off from the paper, and joined that first group voting for its Truck of Texas award. At that point, it wasn’t a big deal, but with subsequent promotion of the win by OEMs and their regional offices, it would become a big deal.

Some 27 years later, the Truck Rodeo continues in a media environment significantly different from that we enjoyed in the mid-‘90s. That suburban newspaper chain, eventually purchased from the single owner by a handful of employees, closed years ago. And while the first Rodeo hosted reporters from the Austin, Houston and San Antonio dailies, their auto sections are shadows (in lower case) of their former selves; that’s if an auto section exists at all. Finally, while Ford and Toyota had a regional PR presence, and GM would have one soon thereafter, neither Ford nor GM assign anyone specific responsibility for Texas media today, but – thankfully – FCA does. The better news: Toyota now has its North American headquarters in Plano!

Results of this year’s voting aren’t yet tallied, but three days after returning home I’m left with a few impressions of the event, and a few more impressions of those trucks, SUVs and crossovers entered in the event. Here, then, are some of them.

A HIT: My intro to Jeep’s new Gladiator early last summer was brief – a quick drive in a mid-level version equipped with a manual trans. At the Rodeo I had a longer drive, along with more time in the Gladiator’s backseat. The auto is the better trans, and room in the back seat – per person – seemed almost as good as the comfort provided in Jeep’s Grand Cherokee. I’m still put off by the Gladiator’s steep pricing curve, but you’ll get a lot of that initial purchase price back, given the Gladiator’s predictably high resale value.

A MISS: The Subcompact SUV segment had but one entrant, Jeep’s Renegade. And regardless of whether you call the Renegade an SUV or crossover, subcompact crossovers are one of the most rapidly expanding categories in the North American marketplace. This would have been an obvious opp for Kia to bring its freshened Niro, or for Hyundai to enter its new Kona EV. And I refuse to vote for a winner in a one-horse race.

A HIT: As you’d guess, Toyota’s redesigned RAV4 is a hit, and with the advent of a more off-road specific RAV4 TRD Off-Road, adventure seekers can now seek it behind the wheel of their RAV4. As you’d know, this isn’t the Toyota crossover to go boulder hopping; should you want to do that, buy a late model 4Runner. But if you’re torn between the mall and Moab, this RAV4 – with a window of just over $40K – makes great sense.

A MISS: I like Toyota’s 3-row Sequoia, despite a platform that must date back to Clinton’s second term. I’m not sure, however, that a Sequoia TRD Pro is something I’d pursue. Again, if you want to hop boulders, the 4Runner would seem a better candidate. I did, however, like Toyota’s take on Army green.

A HIT: Ram’s revised EcoDiesel, when under the hood of the newest Ram 1500, is a compelling alternative to burning gas. Torque is huge, and the EPA estimate – 32 Highway for the 4X2, 29 for the 4X4 – isn’t huge, but is certainly respectable. Add the refinement that comes with Ram’s newest platform, and the availability of the EcoDiesel across all trims, and FCA – not so suddenly – has a real winner.

A MISS: With the chance to show off new diesels from Ford and GM, both sat out this TAWA Rodeo. And while Ford has been an overall winner over a number of years, GM has never fielded a full-sized Truck of Texas. With a diesel-powered Silverado, this might have been that year.

A HIT: This was my first chance to drive Hyundai’s new Palisade, and like its Kia Telluride sibling, the Palisade impresses on any number of levels. The sheetmetal is upscale, the engineering and assembly are reliably refined, and its price point suggests a real value in the 3-row segment.

A MISS: The Rodeo would have been a great opp to highlight the refinement and range built into Hyundai’s new Kona EV. But first, Hyundai execs would have had to bring it. Competing, I’ll guess, against Jeep’s Renegade, I’d see Hyundai getting the nod from TAWA voters. But first you gotta’ play.

A HIT AND A MISS: Volvo’s XC90 is beautifully rendered, both inside and out. But txGarage contributor Alan Pease was driving, and wanted to adjust the seat. Via Volvo’s centerstack, that seat adjustment was a 3-step process, which begs the question: Just who comes up with this crap? With that, and a window approaching $90K, the XC90 is very much a swing and a miss. You can buy one for closer to $60K, and in that form it could be a triple.

Among the entries, those – for me – were the standouts. Or, in the case of Ford and General Motors, the ‘sat outs’. With so much energy (and, uh, money) going into the marketing of trucks and SUVs, and Texas continuing to offer the biggest market for trucks in the country, TAWA’s board should have to limit entries and not, notably, cajole PR departments into participation. But it’s not 1993, and in today’s marketing departments ROI is king, while proactive PR, as we knew it in 1993, is largely dismissed.

Thanks to Kevin McCauley for all the photos in this post.