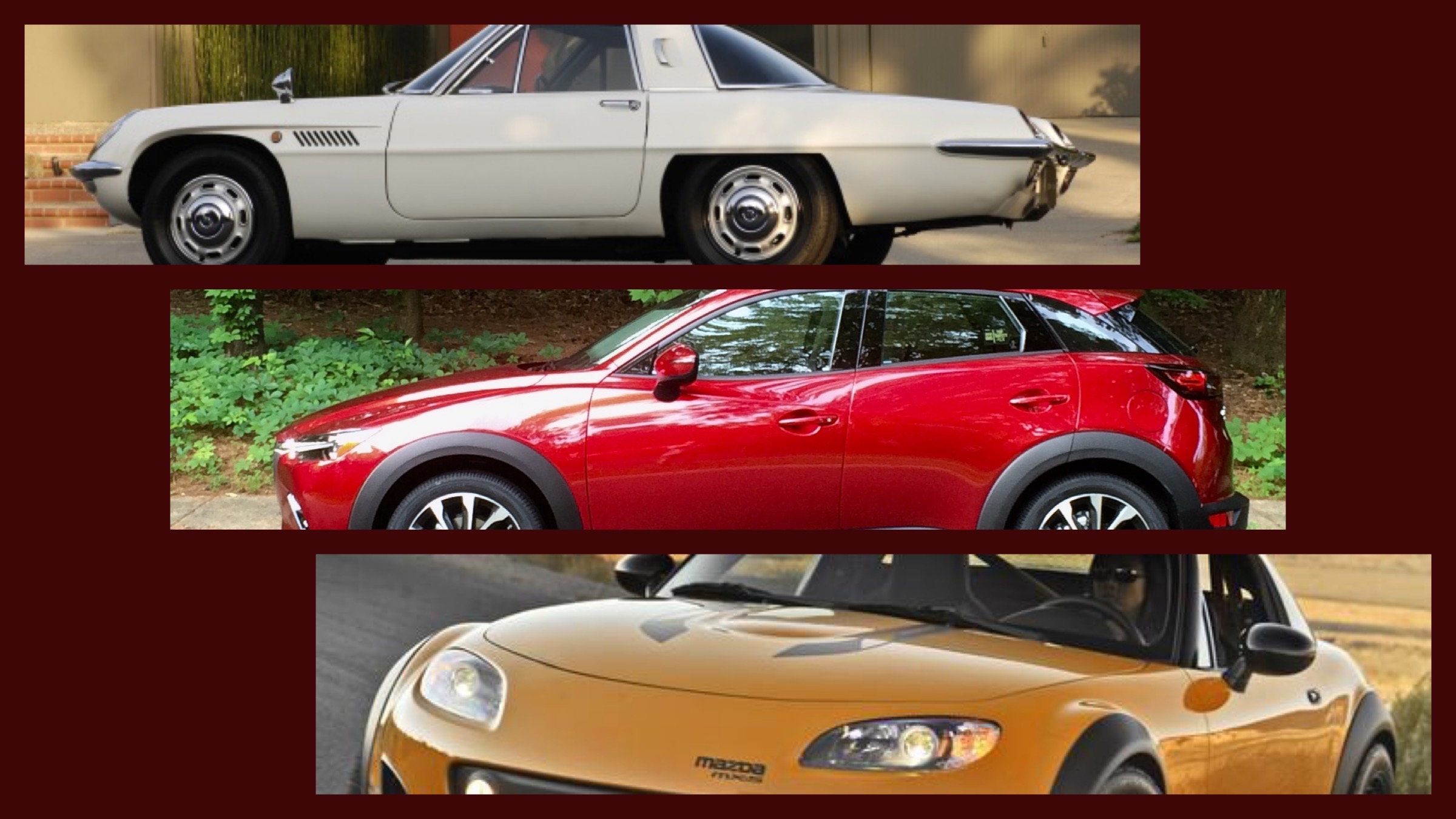 This year marks Mazda’s centenary, a not insignificant achievement for a company whose beginnings preceded the global depression of the ‘30s, World War II and the dropping of an atomic bomb on the city in which Mazda’s parent company, Toyo Kogyo, was founded. If you’re a Mazda enthusiast in the U.S., your history with the brand is shorter. Some of that history follows the below press release, issued by Mazda last week.

“Mazda originated as a company producing cork and then took the path to manufacturing automobiles. Now, our cars have found friends with many customers from over 130 countries and regions. We would like to express our sincere appreciation to the customers, dealers, suppliers, business partners and the local community, who have supported us over the years through good and bad times, to whom we owe our 100 years of existence. As we look ahead to the next 100 years, we will continue to put people first and cherish our ‘uniqueness of co-creating with others.’ As we strengthen co-creation and cooperation with all those connected with the company, we will continue to challenge ourselves to create unique products, technologies, and experiences that our customers love.”

It was in 1971 or 1972 that I would have visited my first Mazda store. This is shortly after Mazda’s formal arrival in the U.S., and before the advent of its rotary-powered models in American showrooms. Mazda had forged an engineering relationship with Germany’s NSU, hoping to make NSU’s revolutionary Wankel rotary appropriate to volume production. The affirmation of the relationship came with the intro of Mazda’s Cosmo Sport in 1967. Although not intended for volume production, the Cosmo Sport served as a harbinger for greater things from Japan, Inc., including Toyota’s acclaimed 2000GT and Datsun’s 240Z, both arriving by the end of that decade.

And while the OPEC crisis of 1974 was a gut punch to a lineup predicated on responsive – albeit thirsty – rotaries, Mazda’s rotary lived on in the 2-place RX-7 and later RX-8. It was, however, the GLC hatch that saved Mazda in the States. And that salvation would later turn into the hallelujah moment represented with the 1989 launch of the all-new Miata.

If you had lived through the rise and fall of the British sports car (its death came with the uptick in emission and safety regs for the ’74 model year), the Miata was an absolute revelation. Inspired by the British roadsters from  MG and – to a lesser extent – Triumph, the Miata’s lines channeled those of the Lotus Elan, although the Miata’s footprint was much larger. After a 15-year wait for a credible replacement for the MGB, the Miata had American enthusiasts at ‘hello’. And while tightly drawn two-place roadsters never sell in volume, Mazda has worked the category for the long haul, capturing over a million sales in the car’s four generations.

Following the established success of the Miata, the enthusiast community was rewarded with Mazda’s Zoom Zoom campaign, which combined fast imagery with a genuine uptick in performance. That renewed emphasis on performance was best embodied by Mazda’s MazdaSpeed initiative and, not coincidentally, winning on the track; Mazda was the first Japanese OEM to take an overall win at the 24 Hours of Le Mans in 1991. In motorsport this was roughly akin to Lotus winning at Indy, and solidified Mazda among the top ranks of competition-oriented OEMs.

Today, Mazda’s U.S. product lineup features more crossovers and, regrettably, less Zoom Zoom. But in both its marketing and engineering, driving (we’re told) still matters. And while performance may be on the backburner, Mazda design continues to reach for the near-luxury position its Board of Directors has decided it will pursue. For the love of the cars, we wish them well.