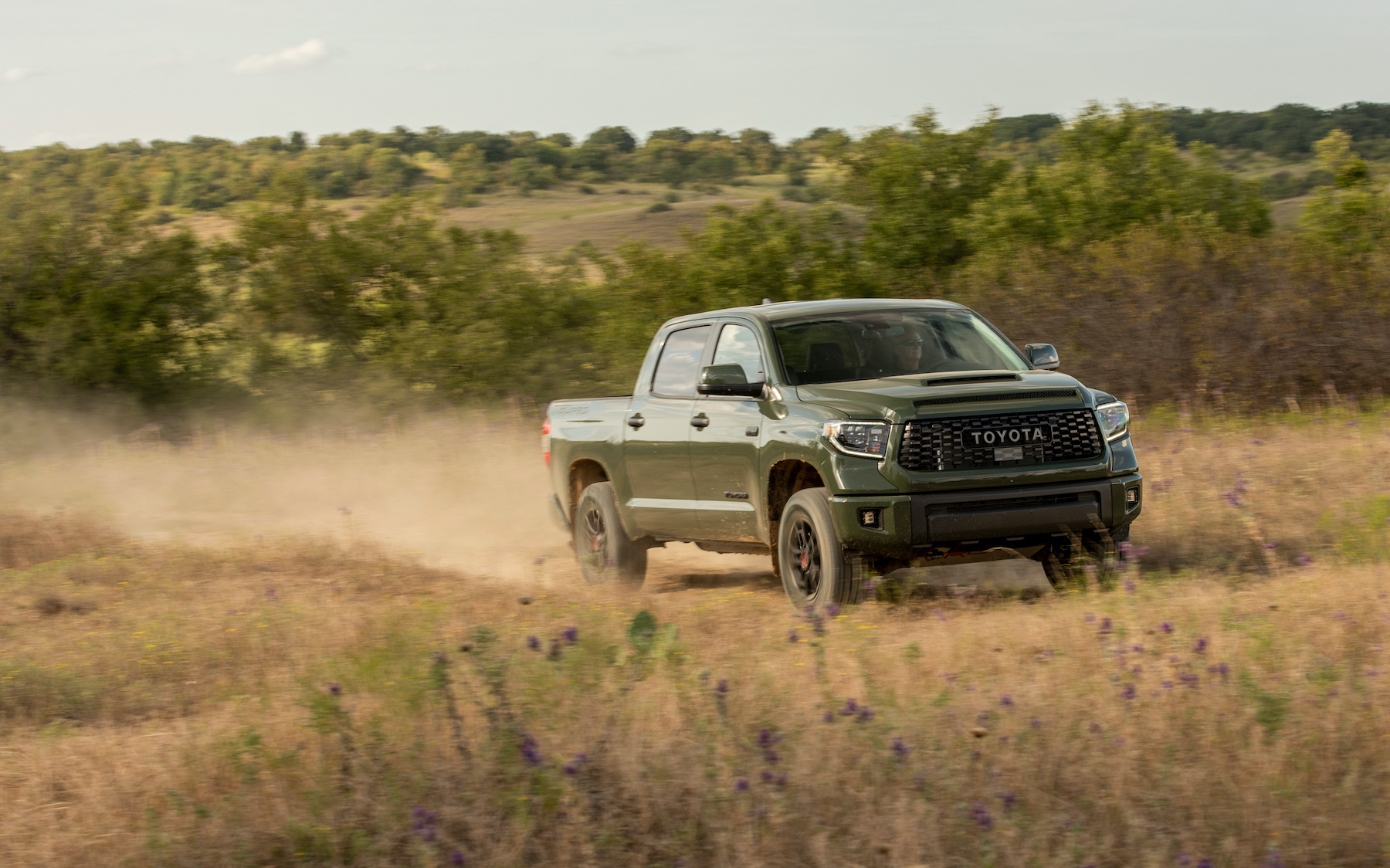 As this is written on Monday, May 18th, most domestic automakers – and at this point, let’s regard Toyota as a domestic automaker – are returning to work. Toyota’s San Antonio truck plant began the process of reopening last week, and most employees will be present and accounted for by Thursday, May 21st. Toyota assures us that all known safety protocols will be in place, and the production of trucks will be in line with demand, which – in the spring of 2020 – has been relatively constrained. But the San Antonio plant, responsible for production of the full-size Tundra and midsize Tacoma, is up and walking, building what is arguably the most well-developed truck lineup in these United States.

And if you think ‘well-developed’ is a hyphenate I pulled from ‘fake news’ CNN, consider the current Tundra’s timeline; it was first introduced at the Chicago Auto Show in February of 2006; that, kids, is early in George Bush’s second term! Put in production for the 2008 model year, the Tundra received a refresh in 2013 (again, announced at the Chicago Auto Show) and has continued largely unchanged since then. How could anything be more thoroughly tested, other than perhaps Nissan’s Frontier, largely untouched since its intro in 2005? The short answer: the Tundra couldn’t.

Although I still regard full-size pickups as largely unnecessary for most households buying them, there’s a lot to be said for their collective capabilities. Sitting on a wheelbase of 145 inches – that’s just over twelve feet! – and stretching 19 feet in overall length, the Tundra in CrewMax guise has approximately the same footprint as many studio apartments or tiny houses. And in requiring 44 feet to turn, it has roughly the same maneuverability as those studio apartments. But if you want to tow that tiny house, this is the ½-ton weapon of choice, given its 5,700 pounds of road-hugging stability and 9,800-pounds of towing capacity.

From the outside looking in, the Tundra’s slab sides and almost vertical greenhouse speak to an earlier, less expressive era of design. There’s little here that’s extraneous (see Chevrolet) or organic (RAM); hell, in its TRD PRO configuration there’s almost no brightwork, which – given its Army Green palette – is predictable; you don’t want to be spotted by enemy patrols! The stamped TRD PRO logos on the bed are a nice, permanent touch, but then, the rear bumper doesn’t offer a step, and the Tundra’s tailgate eschews all of those convenience mechanisms touted by Ford, GM and RAM. It remains great for the tailgate party, but presumably the party stops at the tailgate; don’t try and get her in bed.

Inside, I remain a fan of simple design – in fact, I’d forego a touchscreen if it allowed for a completely intuitive control of audio and HVAC controls. Happily, the Tundra’s current touchscreen (just 8 inches) almost qualifies as no touchscreen, and the audio, heating and A/C controls are about as intuitive as it’s gonna’ get in 2020. With the heightened ride height (the TRD PRO boasts over 10 inches of ground clearance) and generous greenhouse the visibility is good, giving you and your passengers a King of the Road overview, until – of course – you pull up to pull up next to a Ford Raptor or the FedEx truck.

Seats in the TRD PRO are leather covered, and while large enough for upsized Americans began to feel a bit harsh after 90 minutes. But the rear bench easily folds up and out of the way for inside hauling, which is how I kept my mountain bike free of moisture and dirt until I went riding; at that point it became damp and dusty.

Under the hood sits the Tundra’s one available powertrain. There you’ll find 5.7 liters of power (381 hp) and glory (401 lb-ft of torque) in all of its naturally-aspirated goodness. With all of turbo this and, of late, light-duty diesel that, the core simplicity of a regular, big displacement powertrain shouldn’t be underestimated – or overlooked. Long known for its anvil like reliability, Toyota’s underhood story is something worth telling and retelling, relative to what other OEMs are doing in complicating their powertrains. Of course, you won’t find an EPA estimate approaching ‘30’ here; in 4X4 form the 13/17/14 EPA estimate won’t even touch ‘20’.

If I have a disconnect with this truck beyond its proportion, it’s the mission. The TRD PRO offroad spec implies that you’re taking this thing on the trail, while its sheer size and bulk suggests getting no further than the trailhead. While I haven’t gone trailing in a Tundra, I have done it in a RAM ½ ton, and see it as more trouble than its worth. The Tundra, so equipped, is great as a basecamp, with an offroad-oriented trailer behind you, but too big – in this view – to go on those tight, technical trails, the reason you’re out there in the first place.

Given how Toyota’s current Tacoma has grown, in my parallel universe we’d get a truly updated Tacoma with available V8 power. That’d be one smooth ride, and – I’d hope – around $10K south of the Tundra’s $55K as-tested window sticker. Instead, we’ll eventually get another big-ass Tundra, rolled out at the Chicago Auto Show…sometime down the road.