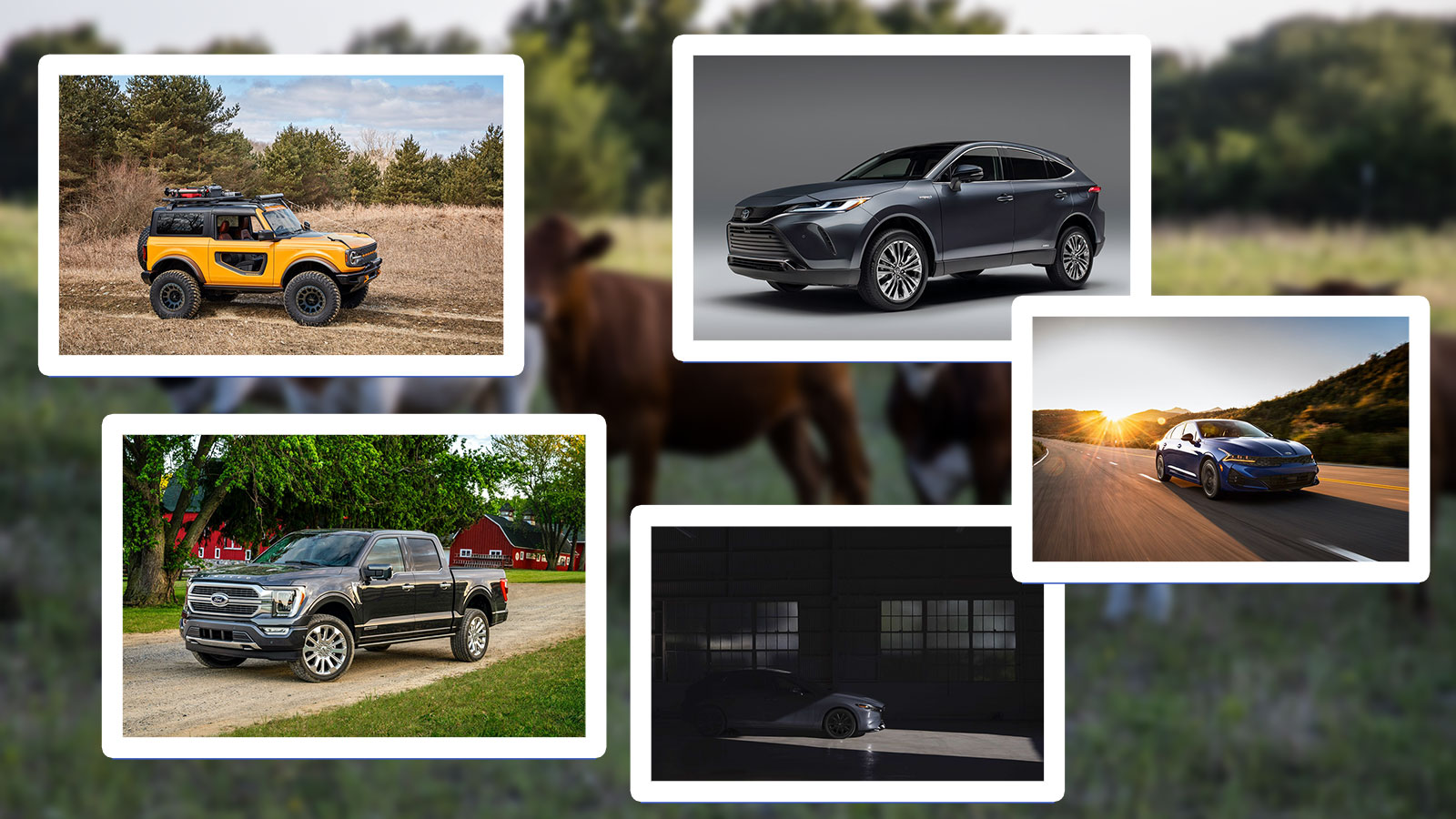 As you’d guess, these are interesting times for any industry, and if you read, watch or listen to the news, you know the media’s role in the pandemic is a visible one. There’s less said, however, about the impact the pandemic has had on those of us covering – or attempting to cover – the automotive industry.

Typically, new products are launched at scenic venues able to provide both good hospitality and some framing of that product being introduced. While I haven’t been a part of press launches – at least on a regular basis – for years, when I was a part of that process I enjoyed the launch of Ford’s F-150 in and around San Antonio, and Volvo’s C70 convertible on the Hawaiian island of Maui. Contrast those, then, with the virtual launch of Ford’s newest F-150 online, or this week’s intro of Ford’s new Bronco via 3-minute informercials on three different networks. And if that smacks to you – as it does to me – of too much of a good thing, my take is there with your take.

TWO MUCH TOO SOON? Pickups have been so well received, and represent such huge moneymakers for the OEMs, that repeated redesigns are almost taken for granted. And so it was with Ford’s recent launch of an all-new F-150. And while the outside mods are modest, a huge amount of attention has been paid to interior amenities and powertrain performance. In short, it’s already building a buzz that should prove profitable – prolifically profitable – for Ford and its dealerships.

Before the dust on that F-150 debut has barely settled, Ford introduces its all-new 2021 Bronco to a national audience. The Bronco, which has been highly anticipated, takes off where the 1st-gen Bronco, built from 1966 through 1977, left off. With the 2021 edition, consumers get a midsized, off-road-oriented SUV targeted at Jeep’s Wrangler and Wrangler Unlimited. This, of course, is big news, but it’s not the big news represented by a new F-Series and its 700,000 (or so) annual sales per year. But the Bronco intro is probably bigger buzz, a buzz that distract from the import of Ford’s redesigned pickup. Ultimately, the Bronco will be well received by consumers, and it may join the F-Series on the other side of the garage. For Ford, there are worse outcomes – but there’s a lot (maybe too much) going on!

THE NAME HAS CHANGED, BUT THE GAME REMAINS THE SAME. Kia has built one very nice midsized sedan over the last several years. Called Optima, it has been class-competitive without offering any spec that is specifically class-leading. And in its defense, it has perhaps struggled in the shadow of Hyundai’s Sonata and, to a greater extent, by the public’s overwhelming interest in crossovers and SUVs. So, in waiting for an Optima replacement the general public wasn’t holding its breath…more accurately, it could have cared less.

Kia apparently realized that to better address that lack of interest they needed a game-changing solution. But without the resources to dramatically change the spec of their midsize sedan, Kia execs instead changed the name. Kia’s Optima becomes the Kia K5, leaving us to wonder what those Kia execs might be thinking. Of course, going from names to alphanumeric designations has been tried before. Lincoln is just now extricating itself from MKC, MKX and MKZ, while Cadillac has embarked on a naming strategy only its own people can fathom. Maybe.

I wish Kia luck, as I’m a fan of what shows up in Kia showrooms. But I like the earlier branding strategy, with Sorentos, Sportages and Stingers, while K5 sounds like a mountain I have no interest in climbing. But in Kia’s defense, when this decision was made who knew ‘Redskin’ would be available?

MAZDA3 GAINS SOME SPEED. JUST NOT MAZDASPEED. There’s a lot to like in Mazda’s compact Mazda3, whether you consider the 4-door hatch or its more unassuming sibling, the Mazda3 sedan. But with a long list of things to like, spontaneous combustion – i.e., the ability to thrill going up a hill – isn’t among them. Despite great attention paid to its exterior sheetmetal, interior appointments and connectivity to the road, the performance from its normally aspirated four is, at best, bland.

With the 2021 launch of a turbocharged Mazda3, ‘bland’ is out and ‘bombastic’ (or a good imitation of bombastic) is in. Now armed with the same turbocharged powertrain that enhances the CX-5, CX-9 and Mazda6, the Mazda hatch gets a dose of old-fashioned horsepower – 227 on regular unleaded – even if that horsepower is channeled thru Mazda’s 6-speed automatic and standard all-wheel drive.

So, this isn’t what it might have been – a raucous hatch targeted at Ford’s Focus RS and/or VW’s Golf R. Instead, it’s a composed, compliant compact intended for ease of operation; notably, it’s not a boy toy – it’s more of a Gentleman’s GT. And if Mazda keeps the price penalty of the turbo realistic, I’d regard it as making the Mazda3 (once again) truly competitive. It’s nice to have it back!

BEYOND THE RETURN OF THE BRONCO…THE RETURN OF VENZA. You might think Toyota had its crossover menu covered, with C-HR, RAV4 and Highlander covering almost any transportation need a Middle American family might have. But you’d be wrong. Apparently there have been thousands of Toyota Venza intenders chomping at the proverbial bit since that model’s discontinuation in the summer of 2015. The first – and to date, only – Venza came across as neither fish nor fowl, designed as more of a Camry-based wagon than a Camry-based crossover. And while I never seriously considered buying a Venza, it was easy to see why people did.

The new Venza, arriving at Toyota showrooms later this summer, is more of a true crossover, with what looks to be a higher hip point, along with a (relatively) expansive greenhouse. It also enjoys clean sheetmetal, an upscale list of appointments – or optional appointments – and a standard hybrid drivetrain. That hybrid drivetrain equates to 40 miles per gallon, which is pretty compelling math for a do-it-all crossover. It’s on showrooms soon, and could prove to be a viable alternative to Ford’s Edge, Nissan’s Murano or Toyota’s own RX 350.