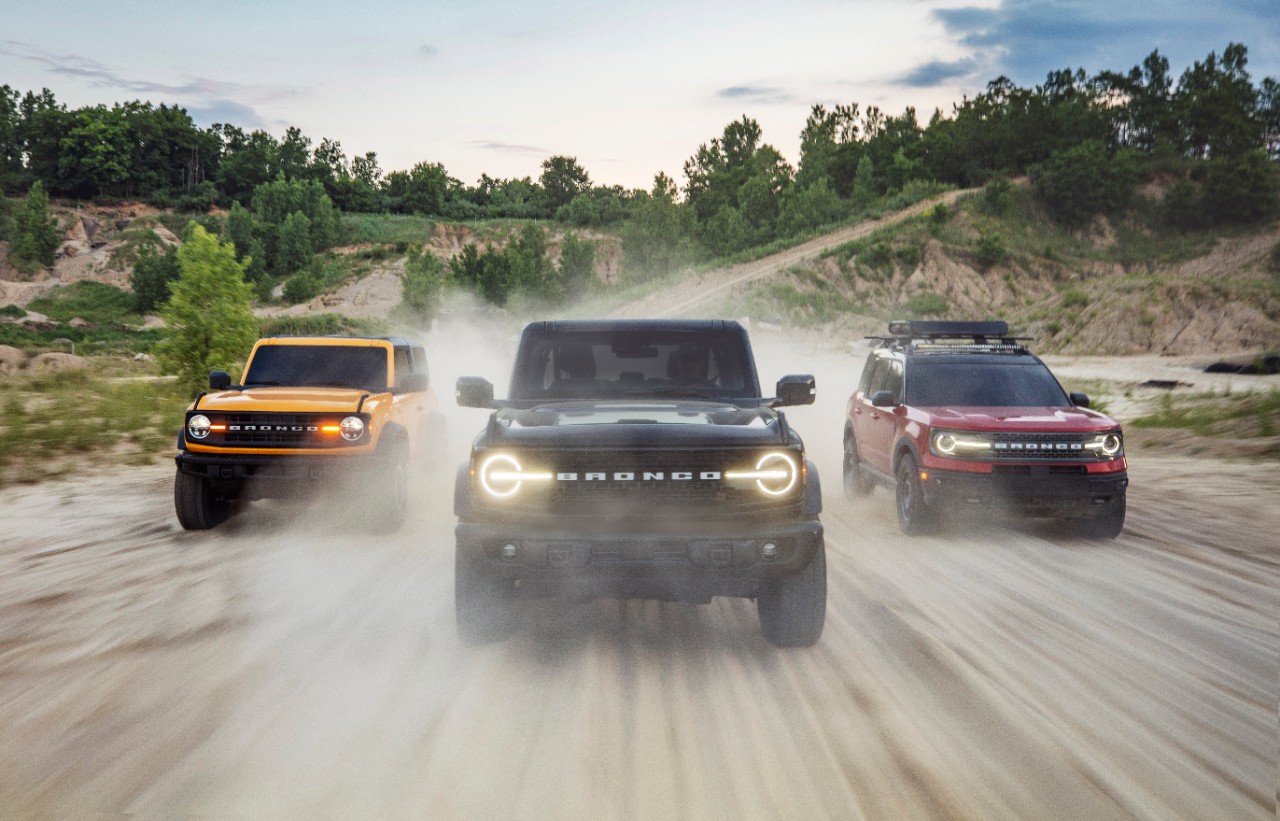 If you were around in 1966, you may have a memory of Ford’s then-new Bronco. In a showroom still reeling from the excitement of Mustang, it took a real afficionado to fully appreciate what Ford was bringing to the off-road/on-road table. In Omaha, where I was starting junior high, there were the farmers that could embrace it, but there was damn little boulder hopping in the Cornhusker state; any boulders had been removed from Nebraska’s acreage in the previous century.

My clearest Bronco memory is the Tom McCahill road test in Mechanix Illustrated, about the time the new Bronco was hitting showrooms. Tom was a bird hunter, in the guise of a good-sized guy – and Jeeps of that era weren’t really built for good-sized guys. The Bronco was more accommodating, and provided the comparative comfort of roll-up windows and a steel top. In its first generation it was a game changer, until – of course – Ford changed the rules, going bigger and – regrettably – more tame. Below you’ll find our collective impressions of Ford replaying that original game, 55 years later. DB

HAROLD ALLEN: Having owned three Broncos in the past, you could say I’m a loyal fan. With over 400,000 watching the intro on Facebook and other platforms, there’s a lot of pent-up demand from folks looking for this new Bronco.  The Bronco Sport model coming out this year is not what I have been waiting for, but when the real Bronco appears it looks like something I would be interested in. The expectations will be high, but with best-in-class features (when pitted against Jeep’s Wrangler) it should be a winner. Two engines and two transmissions to choose from, and both with lots of torque. And with over 200 add-on options the price will no doubt be healthy for a well-equipped one. The consumer experience centers located across the U.S. will provide good guidance for off-roading newbies, as well as those who think they can climb a mountain. Styling is subjective and it does not excite me, but 70% of customers base their purchasing on this.

JESUS GARCIA: The 2021 Ford Bronco is a refreshing reminder (for those that needed one) – there are still car enthusiasts calling the shots at Ford Motor Company. I sighed with relief at the confirmation of an available seven-speed manual transmission; thank you, Ford. Being able to remove and store all four doors into the back of the Bronco is a nose up to the Jeep Wrangler. The 16-inch steel wheels are going to look nostalgic on the street. The Bronco 2-door riding on optional factory 35-inch tires lives up to expectations. But of all these noteworthy features, the two-tone steering wheel shown in 2021 Ford Bronco press photos is probably my favorite design cue on the vehicle. As for the Bronco Sport, I appreciate that it is not a parking lot crossover wearing off-road clothes. Ford put it through the same tests as its bigger siblings, and it has a clean silhouette.

I can’t wait to have a go all-in behind the wheel of Ford’s all-new Bronco. The dirt roads back home are calling.

KEVIN JOOSTEMA: It’s the shot heard ‘round the Jeep! Ford has jumped in with all four wheels – and then some – to create an aspirational lifestyle brand with the rebirth of Bronco.  With three different models available and over 200 personalization accessories, you can truly build your own.  Even better, Ford understands consumers today that want an experience, opening four Off-Rodeo outdoor adventure playgrounds in 2021 for use by owners. Yes, please!  Any new owner (and especially those new to a new brand) will enjoy that kind of curated experience and exclusive option.  An owner is also immediately a member of Bronco Nation – an online community of events, experience sharing, and swag.  To top it all off, the product actually feels cool, giving off both vintage and contemporary vibes simultaneously.  Wowza! 🤩

STEVE KURSAR: The folks at Ford sure took their sweet time bringing back the iconic Bronco nameplate.  I’m happy to say, however, that it looks like it was time well spent.  The first three vehicles of an expected larger family are a two-door and a four-door, as well as a Bronco Sport version built on the Escape platform.

The two and four door versions are true, body-on-frame SUVs with serious off-road credentials. This is clearly a design to take on the current Jeep Wranglers head-to-head.  Both Broncos have removable doors and roof panels, features sure to attract Texans even if not headed to the beach.  I love the drain plug in the floorboard so you can hose out the Bronco after a day of muddin’. While the new Broncos are built to do serious off-roading, Ford also kept an eye on design for those drivers – you know who you are – who will never ever get their SUVs dirty. Ever.

The new Ford Bronco is visually stunning. If it were an International Harvester Scout, it would be the Sylvester Stallone/Rambo/Scout-on-steroids version. And maybe it is. I’ve seen the pictures and I’ve seen the videos that Ford has released. It looks good. Let’s see how it drives.

One final thought. Vehicles in this class have a loyal following. Jeep fans tend to gravitate toward Jeeps. Land Rover fans toward Range Rovers and Land Rovers. Toyota fans are loyal to Land Cruisers, FJ Cruisers and 4Runners. Everyone has their favorite, and in most cases they have good reasons and great stories to go with their choices.

Was it worth the wait? We will find out soon enough. But this much I know: the vehicles that tend to make the cut have evolved over time, evolutionary rather than revolutionary. In this regard, Ford seems to have done their homework with its new Bronco.