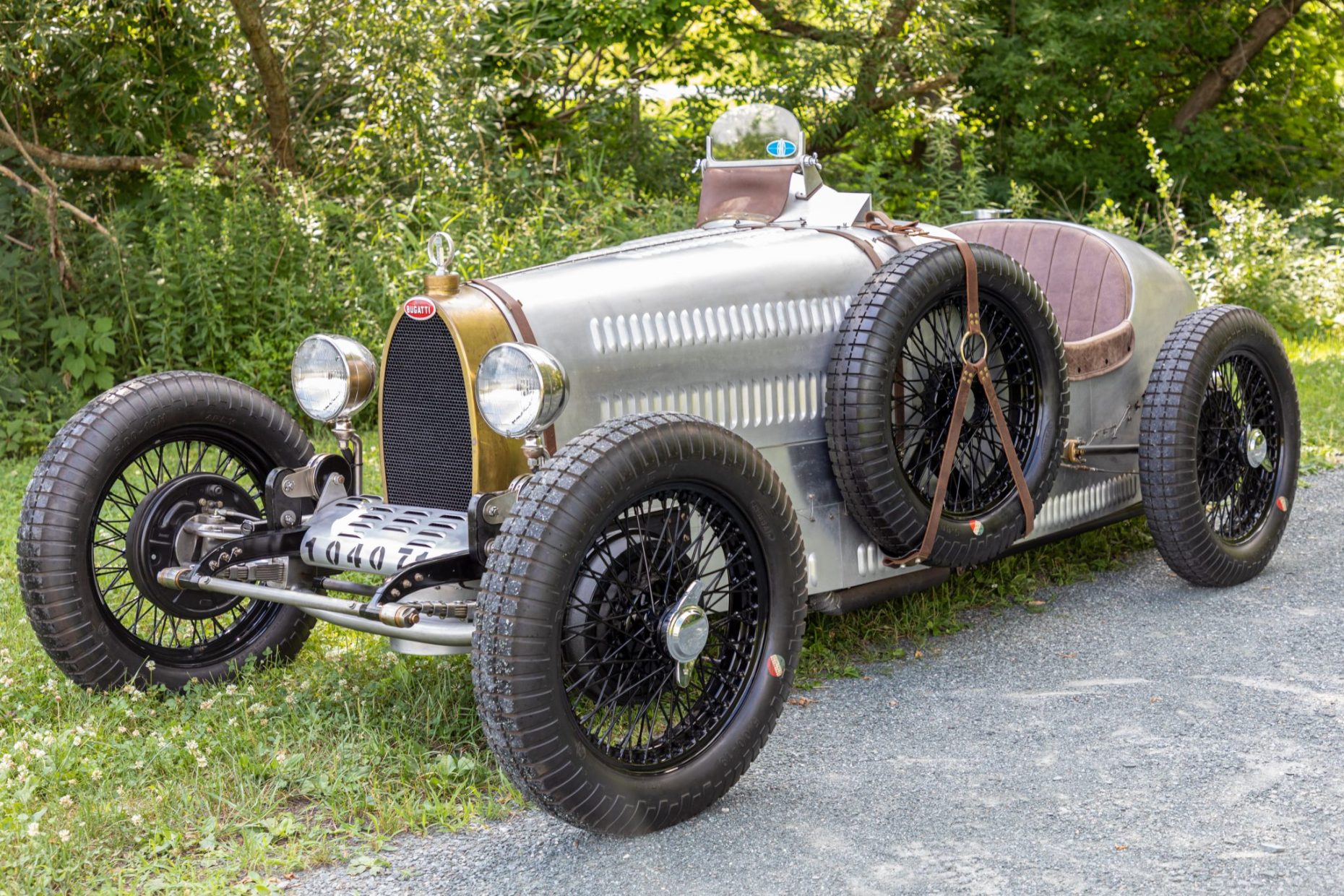 Why Bugatti Should Revive the Type 35

Common wisdom – such as it is – tells us the collector car industry has long been propelled by guys (and it’s almost always ‘guys’) wanting to buy the cars they grew up with. It’s why, in the ‘70s, we saw the growth of interest in the ‘50s, and why the Muscle Cars of the ‘60s generated collector interest in the ‘80s. If I were to buy into that premise, I’d be shopping for a ‘60s-era Mustang or muscle car. Instead, I’m driving an ’08 Porsche, and wishing I could buy, from Bring-a-Trailer’s auction site, a recently constructed reproduction of a Bugatti, circa 1924.

My intro to Bugatti and its postwar/prewar contemporaries – Alfa Romeo and Bentley – was provided by author Ralph Stein, writing about them in  beautifully produced coffee table books in the ‘60s. Stein had grown up in New York, which served as the beachhead for European imports before Los Angeles – later, the beachhead for Asian imports – had its first paved road.

As the center of the world’s consumer universe, NYC residents had a penchant for the finer things, and the ability – at least until the 1929 crash and subsequent Depression – to pay for them. To that end, you had the showrooms, offering everything from Alfa Romeos and – after World War II – the first Ferraris to Zagato-bodied customs. And then, when interest in prewar classics had moved on, you had those same rarities transacting for (literally) pennies on the dollar.

If there was one pivotal design I coveted – as a kid, maybe 12 – above all others, it was the Bugatti Type 35, first raced on the European Grand Prix circuit in 1924. Over the last century there have been but a handful of designs that embody the essence of a racecar, and the Type 35, with its lithe athleticism and exquisite minimalism, brought to the Grand Prix what Lindbergh’s Spirit of St. Louis brought to aviation: Both Bugatti and Lindbergh included in their specification everything you needed, while eliminating anything – and everything – you didn’t.

In my garage is a Toby Nippel print, provided back in the day by Road & Track, that perfectly captures the Type 35’s essence. And that same essence is essentially captured by the builder of a Type 35 replica, for sale last week on the Bring-a-Trailer auction website.

The effort, built by the seller, isn’t the all-consuming production done by Pur Sang in Argentina. That operation produces an almost exact duplicate of the Type 35, and much of that exactness goes into the powertrain, a faithful replication of Bugatti’s 2.3 liter straight eight. But that attention to authenticity comes with a price; this spring a 2019 Pur Sang Type 35B was sold on Bring-a-Trailer for $233,000. In the mid-Sixties, when I started paying attention, that money would have bought you a ½-dozen Type 35s – Bugatti’s original Type 35.

The car featured last week on BaT utilized original drawings in its construction of the chassis and body, dispensed with cast alloy wheels in favor of custom-fabricated wires and installed a 4-cylinder Alfa engine, transmission and rear end – making it more like the 4-cylinder Type 37. The replica falls short on accuracy, but takes a significant step forward in roadability. It is, in a word, beautiful, looking like it just came from a dust-covered track in Europe.

With something like this, a rolling recreation, today’s Bugatti – now an arm of Volkswagen and producing GTs selling for that side of seven figures – could provide enthusiasts with a connection to its past by underwriting a vintage spec series for Type 35s, built to a standard not unlike that of this current BaT Bugatti. Construct the rolling chassis to an accurate spec, and under the hood install an inline four or six similar in spirit to what Bugatti used in his Type 35 or 37 almost a century ago. I’m not sure you’ll find that powertrain in today’s VW family, but Triumph is building a 2.3 liter triple that looks utterly amazing. Hooked up to a crisp-shifting manual, I think you’d have something.

If an aluminum-bodied rolling chassis could be produced, in limited volume, for around $60K, and the drivetrain would add no more than $15K, vintage spec racing could enliven the scene of any number of iconic venues, including Watkins Glen, Elkhart Lake and Long Beach – even Indy’s infield road course. Not only would it provide Bugatti with an accessible link to its history, it could revive interest in the century of modern motorsport – from a century ago. If anyone at Bugatti is reading this, talk to your accountants. Soon.

Getting hitched…or our retiring life.
Confession of a car guy…BUYING A TRUCK
Event Calendar