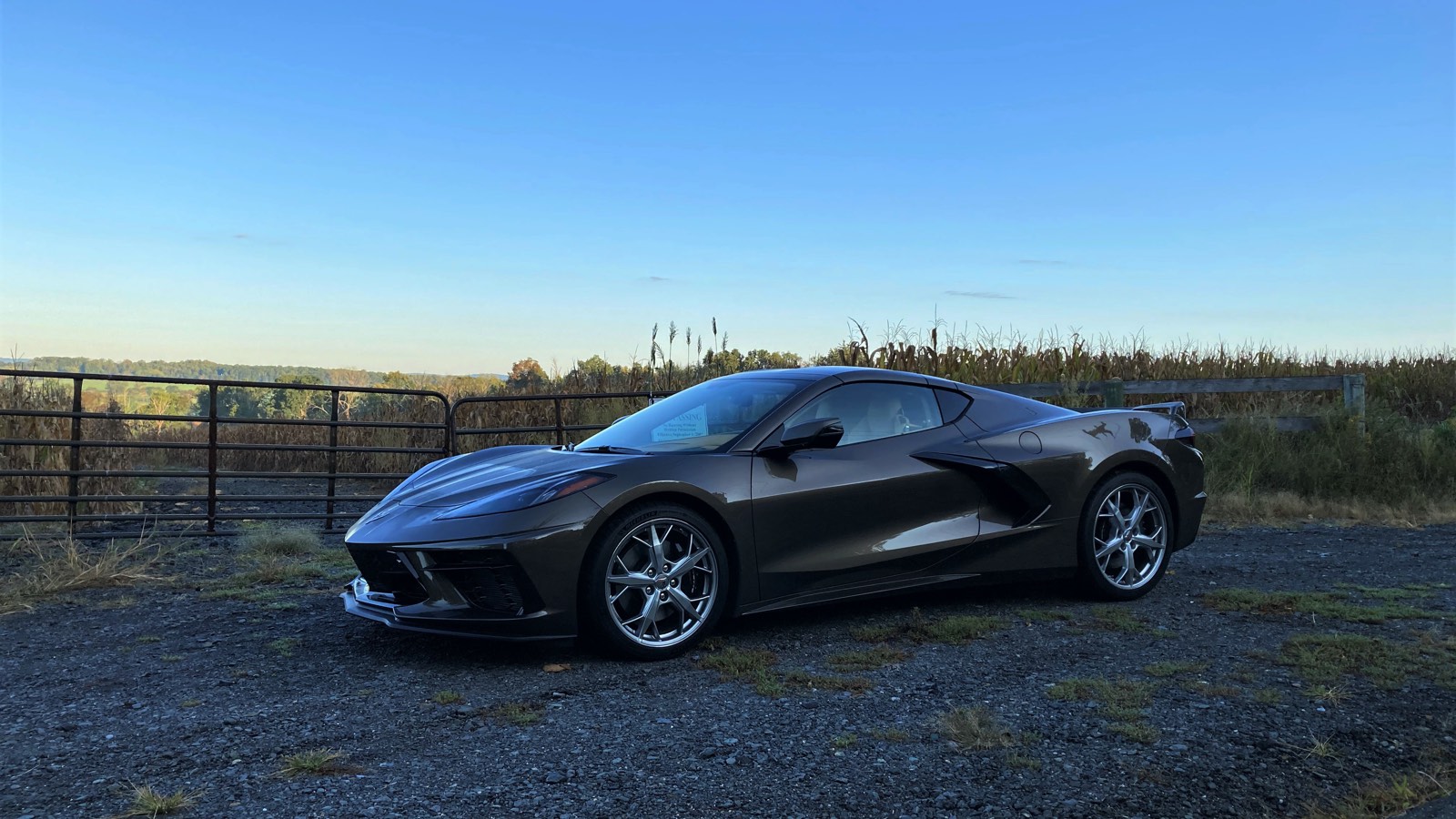 The Heartbeat of America…
is right behind you

Chevrolet’s Corvette, long-serving as a dreamscape in America’s manufactured reality, was launched in 1953. Coincidentally, I was launched in 1953, with the Korea conflict winding down and America’s postwar reinvention spooling up. Of course, I had nothing to do with any of it, but the Corvette’s hold on the American imagination was immediate and, for the most part, unrelenting. And while there’s much to distract the buying public from today’s new car market, a Corvette continues to intrigue us, even if failing to persuade us.

The debut of a mid-engined ‘Vette has been rumored for 50+ years. If fading memory serves, it was Motor Trend that first introduced me to the concept in the late ‘60s, and when the well of automotive news would seem to dry up – or magazine publishers simply needed to sell more magazines – those rumors were revived and rehashed, almost endlessly. In the late 60’s Chevrolet was producing its 3rd-gen Corvette, still boasting a front-mounted engine and rear-drive platform. And the same format would hold through the C4, C5, C6 and C7, at which point the mid-engine rumors ceased and the Corvette’s Bowling Green, Kentucky plant was readied for an all-new, mid-engined formula.

While all-new to the Corvette, if you’ve been paying any attention you know mid-mounted motors are anything but new. The formula has been consistently successful in competition cars since the late ‘50s, while production variants have been sold by Lotus, Fiat, Porsche and a slew of supercar builders since the ‘60s. A mid-engine sports car brings to the table any number of dynamic advantages, while typically creating any number of packaging compromises.

In its all-new C8 Corvette, Chevrolet has combined familiar design themes with what is typically a mid-engine proportion: the driver and passenger are pushed forward in the chassis (in what GM describes as a canopy-forward stance, inspired by both fighter jets and modern Formula One platforms), putting both closer to the front axle, while the mid-mounted engine sits – in the ‘Vette’s example – longitudinally between the cockpit and rear wheels. If you saw ‘Ford v. Ferrari’ you know the layout, although Ken Miles was in a Ford GT40 battling the Ferraris, after an earlier career racing a Cobra and beating Corvettes.

In the walkup, I’m still surprised by how wide the ‘Vette’s ass is, but then, with a mid-mounted engine ahead of the transaxle, there’s a lot going on back there. If you can tear yourself away from that, you’ll note the Stingray’s penetrating nose, sharply angled windscreen, still-large side glass and little more than a small window onto what’s happening directly behind you. And while mid-engined cars needn’t have a big blind spot (Porsche’s Cayman is imbued with a reasonable serving of rearward visibility) Corvette’s design team opted to leave you guessing; there is little outward visibility to the side.

Behind the rectangular wheel, a digital instrument display changes with the driving mode. ‘Tour’ gives you one screen, ‘Sport’ provides another and ‘Track’ – as you’d guess – is the most dynamic instrument setting. To the driver’s right is a command center, which continues the Corvette’s aeronautic theme. Our test Stingray’s interior was covered in what Chevrolet describes as ‘Natural Dipped’ leather, and sat in gorgeous contrast to the Zeus Brown Metallic exterior. With all that visual goodness, the tan surface atop the dash threw too much glare against the windshield. Better, I think, to opt for a less reflective black on top of the dash, which is what General Dynamics would do.

Once you’ve climbed inside – a YouTube yoga class would help – and closed the door, you just need to light the candle, and with that you can begin to feel why the Corvette was so popular among the original seven astronauts. This, ladies and gentlemen, is 3,600 pounds of the Right Stuff. Avoid ‘Tour’ in the driving mode, and instead stick with Sport for groceries or Track for hellraising; with either you can enjoy the full force of the Corvette’s 6.2 liter LT2 V8. This engine, Chevy reminds us, is the only naturally-aspirated powerplant in its segment (which apparently omits the six-cylinder Cayman), and when equipped with a performance exhaust delivers 495 horsepower and 470 lb-ft of torque.

That horsepower is going to the rear wheels via Chevy’s first 8-speed dual clutch transmission. And while we’ll miss – sorely – an available manual, the immediacy of this trans, with or without its paddles, supplies all the performance anyone this side of Al Shepard might possibly need. Car and Driver, in a comparison test of the Corvette against Porsche’s Cayman GT4, hit 60 in a rolling, 5 mph start in 3.6 seconds, while doing the ¼-mile in 11.3 seconds. And the V8’s torque is evident in its top gear performance from 30-50, doing it in but 1.9 seconds, while the Cayman GT4 took 6.6 seconds. In that almost-five second differential, a Corvette owner could have sat down and ordered a Bud.

Connecting all this goodness to the road is a well-tuned suspension and what I found to be communicative steering. ‘Communicative’ is relative, of course, and there’s far more feel in the steering of a 911 Porsche. But you’ll not wander off the road if paying attention, and with an $80K investment, we think you’ll pay attention.

And so, of course, will everyone else. At a small Cars and Coffee, the C8 Corvette was swarmed by the Mustang guys, the MG guys – hell, even Pete with the Sebring Sprite had questions. And since it’s a Corvette and not, notably, an exotic nameplate, the car is approachable in a way the exotics typically aren’t. Congrats to the Corvette product team for producing something so intrinsically compelling, and to GM for having the corporate will to produce it.