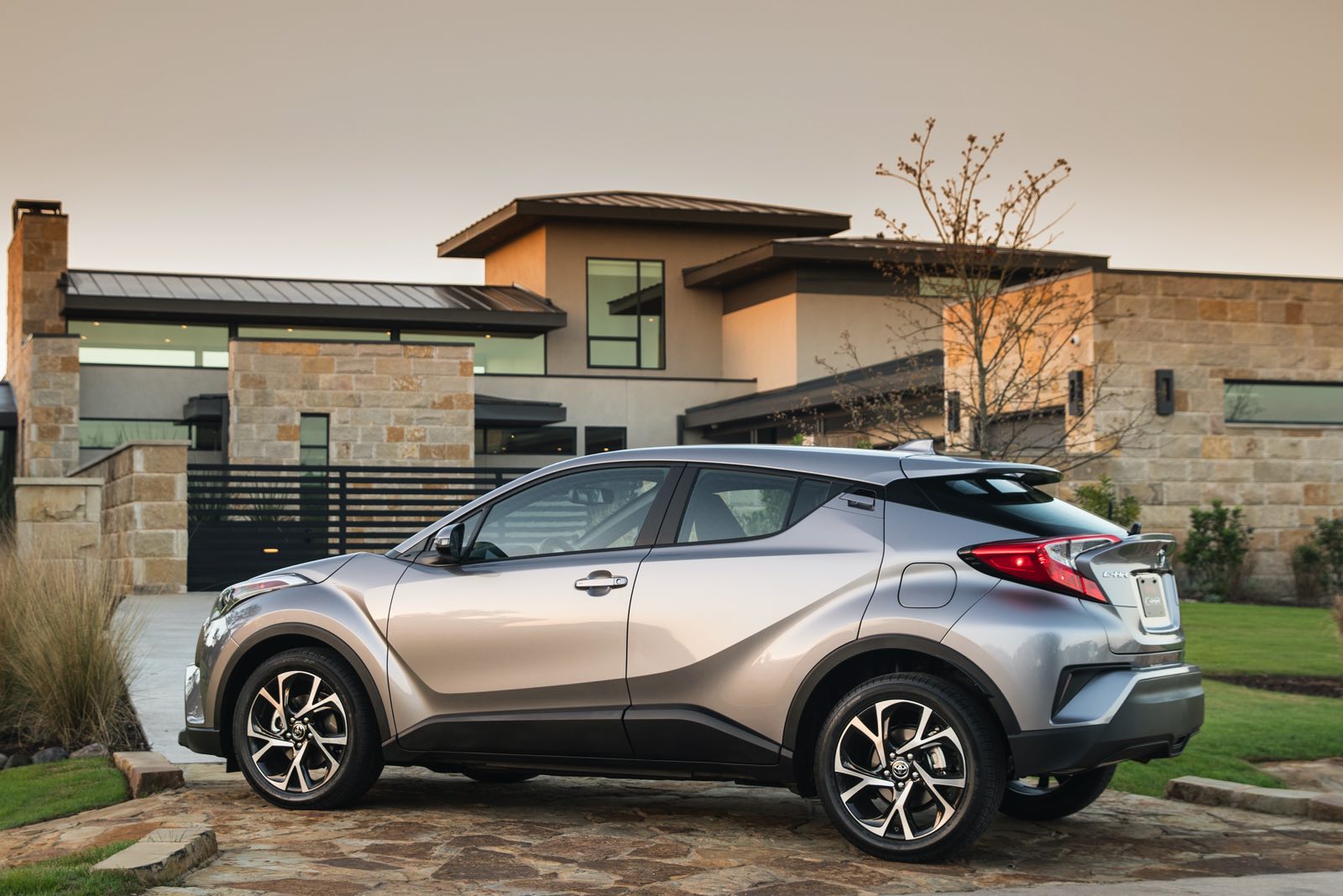 If shopping for a subcompact crossover that looks damn good standing still, then look no further than the Toyota C-HR.  Originally slated to join Toyota’s sub-brand Scion before that brand was disbanded a few years ago, the C-HR has a fantastic exterior design that looks like nothing else in the Toyota showroom.  It’s pretty sleek, with a whole bunch of intriguing features that’ll make you want to take a second look.

The C-HR is a newish car, with the 2020 model only in its third model year. As I stated earlier, it was supposed to join the Scion lineup, a brand targeted to a decidedly younger audience.  The Scion showroom didn’t showcase many models, but the ones that were there were set apart from your typical Toyota vehicles, tending to be small, compact and underpowered.  But, man, they were fun to look at, and the C-HR builds on that tradition – it is definitely is fun to look at.

I test drove a Supersonic Red 2020 Toyota C-HR Limited, accompanied by a $29,407 MSRP price tag, about $8,000 more than the base model.  But don’t get fooled by the name of the color, as this car is no speed demon.  There’s only one engine offered, a 144 hp, 2.0 liter four-cylinder powerplant that’s paired to a continuously variable transmission (CVT).  Fuel economy ratings are pretty fair, with the C-HR getting 27 mpg in the city and 31 mpg on the highway.  The little crossover’s acceleration rate is less than fair, with a lumbering 0-60 time of about 11 seconds.

So, the C-HR won’t quench your need for speed. But if looking good is better than driving fast, then maybe you’ve found the right car.  Toyota likes to say that its design team “went all-in on expressiveness with the C-HR,” claiming it’s a blend of a sport coupe, hatchback and a compact crossover.

The sport coupe persona is especially evident in the fastback-style roof, highly sculpted wide-body rear quarter panels, and a lip spoiler on the hatchback.  At the roof’s edge a color-matched cantilevered wing tapers neatly inboard.  The wide, distinctive C-pillar holds hidden door handles that are distinctive.  That wide rear pillar looks great from the outside, but provides a big blind spot when you’re driving.

The Toyota designers bent over backwards to give the C-HR all these little streamlining features to manage the airflow in and around the body, from canards on the rear quarter panels to a lower rear bumper to stabilizing fins integrated in the taillights.  Although I didn’t get underneath the car, there are rigid covers on the engine, floor, fuel tank and aft of the rear wheels to lessen turbulence and to help enhance vehicle control and fuel efficiency.  It looks to me like Toyota, when developing the car, didn’t concern itself with speed and looked mainly to increase fuel economy.  That’s what happens when car companies can’t predict the future of gas prices.

As you might expect with a subcompact crossover, the interior isn’t particularly spacious.  It’s fine if you’re sitting up front, but rear passengers take a double hit due to cramped legroom and a sloping roof that steals headroom.  All C-HR models come equipped with Apple CarPlay and Android Auto compatibility.  Also standard on all trims is Toyota Safety Sense, the advanced active safety suite that bundles a bunch of safety features, including the Pre-Collision System with Pedestrian Detection, Lane Departure Alert with Steering Assist and Full-Speed Range Dynamic Radar Cruise Control.

The C-HR is such a hip, cool-looking little car.  What a shame it doesn’t have a few more horsepower under the hood to give it a bit more oomph (i.e., ‘sport’) on the road.

2020 Chevrolet Corvette – The Heartbeat of America…is right behind you
The 2020 Lexus GS: GONE WITH THE EXHAUST NOTE
Event Calendar