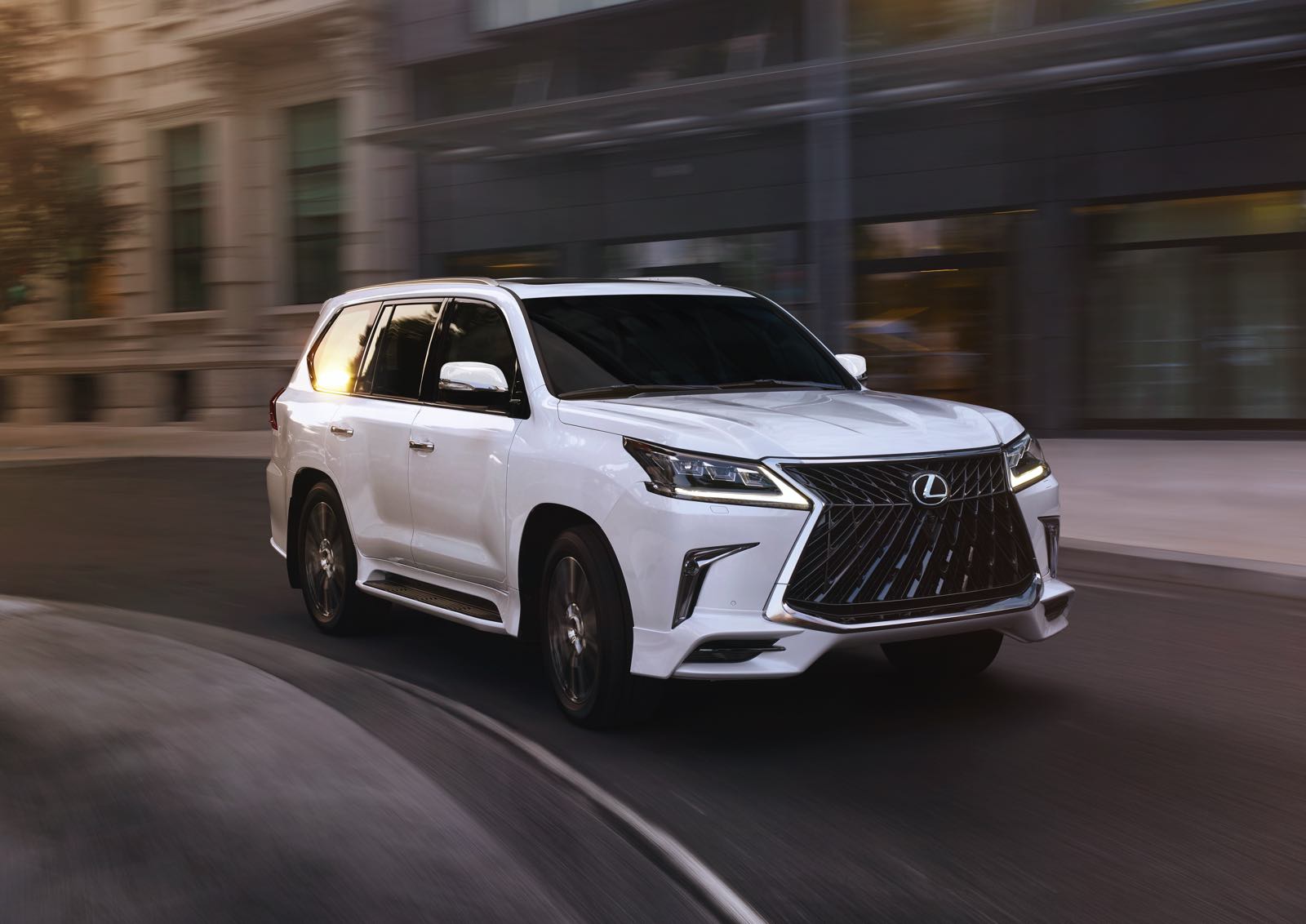 The Lexus LX 570 sits there – on our driveway – like an aging member of Japan’s Imperial household. Stolidly upright, with an expansive greenhouse and massive front overhang, its substantive build and quality appointments literally ooze onto the asphalt. And at a time when the world looks to EV drivetrains in its cars and minimalism in its architecture, the LX 570 is Mar-a-Lago…while almost everyone else – other than our Orange Julius – is  moving to Mies van der Rohe.

The biggest Lexus, built atop the same platform underpinning Toyota’s iconic Land Cruiser, is a body-on-frame testament to the dichotomy that is offroad luxury, built for those – you know – with a desire for ‘glamping’. To its credit, Lexus supplements its 8.9 inches of ground clearance (in its ‘Normal’ suspension setting) with a multi-terrain system boasting five variants: Rock, Rock and Dirt, Mogul(!), Loose Rock and Mud and Sand. And if owners find themselves in the deepest of doo-doo, the Lexus’ low-range gearing provides low-speed crawling capability for those steep off-road conditions and less-than-even terrain.

In the walkup you’ll notice – beyond its upright proportions and the pronounced overbite of its grille – a tallish architecture and generous greenhouse. While not slab-sided, there’s an upright vibe to the LX that’s in stark contrast to almost everything else in the Lexus or Toyota stable, other than the aforementioned Land Cruiser and (perhaps) Toyota’s Tundra pickup. Boasting a curb weight of 6,000 pounds, the overall effect of its sheetmetal and stance suggests another ton (or so) of unladen heft. Had the LX 570 been available in August, 1945, Japan could have surrendered to General MacArthur on its roof, rather than the USS Missouri’s deck.

Under the hood you’ll find Toyota’s venerable 5.7 liter V8, delivering 383 horsepower and 403 lb-ft of torque. Lexus notes that 90 percent of that torque is available at 3,600 rpm, which makes it perfect for pulling stumps on the Back Forty if, for whatever reason, the Lamborghini tractor is in the shop. If not pulling stumps the LX 570 is capable of towing up to 7,000 pounds of new Airstream or vintage Chris Craft; your choice, but not both.

Inside, you and your passengers are cradled in what you’d expect: standard leather, while semi-aniline perforated leather is an available option. And if your partner enjoys a life stage where wood is still good, know that Lexus gives him or her choices – Open-Pore Walnut, Linear Dark Mocha Wood, Linear Espresso Wood and Dark Brown Walnut.

Once behind the wheel, you’ll enjoy that expansive view helped, in no small way, by a generous greenhouse and the LX 570’s second-story hip point. The front buckets are generous but – to their credit – not overstuffed, and the second row can accommodate three American-sized adults. The third row is more problematic, as its two separate seats fold into the sides of the vehicle, which reduces the cargo capacity whether up or down. The body-on-frame architecture is of no help, as there’s no floor space in which to fold the third row. In short, if you want three rows and available space for cargo when that third row isn’t in use…buy a Sienna.

For all of its wonderful embellishment, the LX 570 and Land Cruiser sibling have long outlived their freshness dates. If a redesign is forthcoming, I’d argue to return the LX to its original, mid-90s footprint, which was a full ten inches shorter (190 inches vs. today’s 200 inches), two inches more narrow and 1,100 pounds lighter. That, of course, won’t happen – in this category, the only way to bigger sales is a bigger footprint. But it should happen. To maintain the pretense of offroad capability in the 21st century, tread lightly – or just fade away.