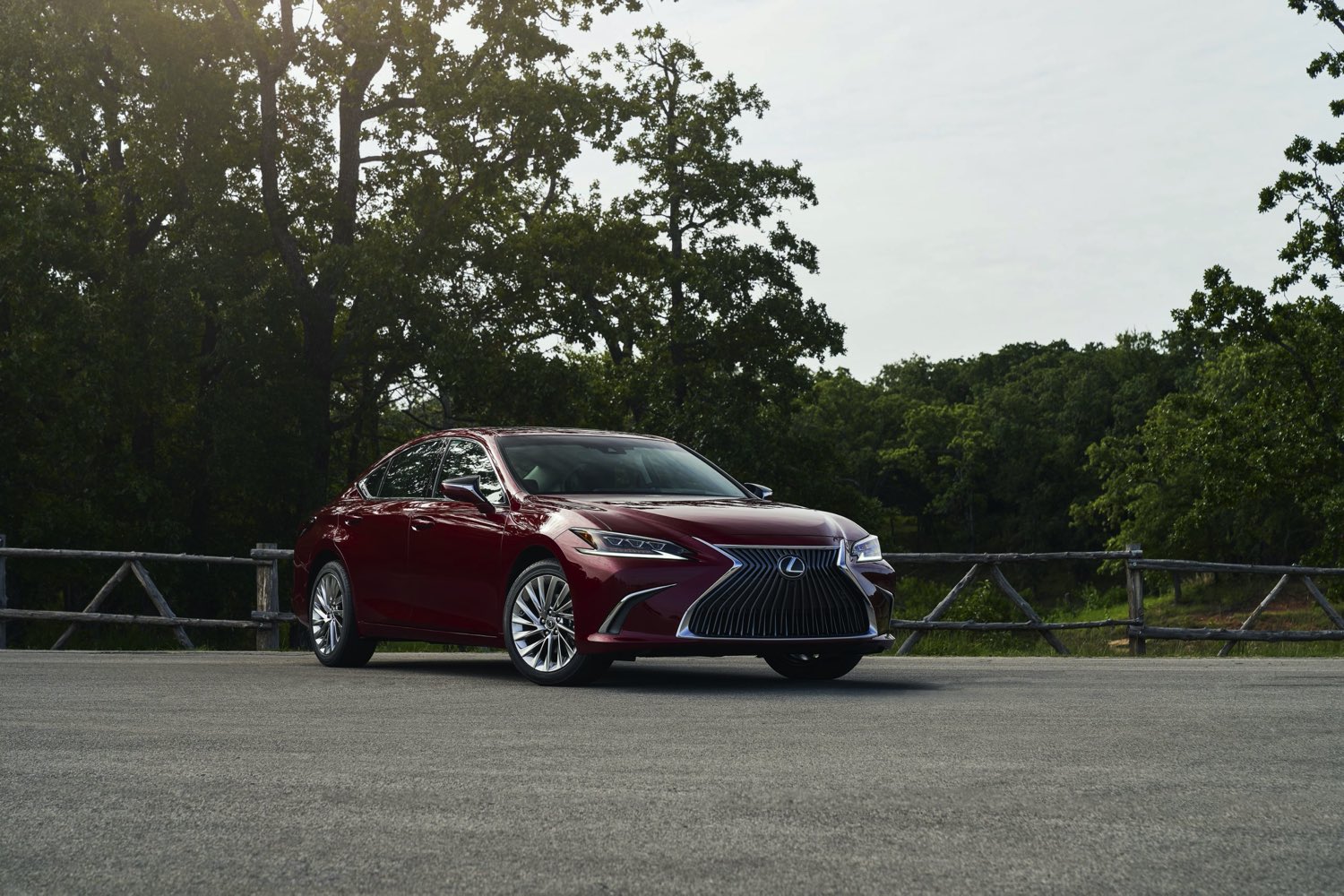 It was in the fall of 1989 that Lexus first opened its stores in these United States. The company started with just two models: the LS 400, clearly inspired by the Mercedes S-Klasse, and the entry-level ES 250, clearly modeled on Toyota’s already-successful Camry. The LS 400 was a runaway bestseller, establishing the foundation for an unprecedented success for an Asian automaker in the luxury spectrum. And while the ES 250 would also flourish under successive redesigns and designations, it never really escaped its Camry roots.

Thirty years later, although still embodying the same 4-door format as its Toyota cousin, the most recent ES 250 (along with a V6-powered ES 350 and the ES 300h hybrid) offers a more mature take on the now flashy Camry. And for 2021 the Lexus ES adapts the Camry’s recently introduced all-wheel drive to those of us with a penchant for more restrained sheetmetal and, in the dealership’s service waiting area, better coffee.

In its design, the ES lineup has grown dimensionally, as has almost everything in today’s automotive showrooms. And in growing, it seems to fill the visual gap left with the discontinuation of the GS, the 5 Series competitor that never really caught the attention of 5 Series shoppers. The newest ES has a presence that is substantial, and despite a front fascia that still gives pause, that face is better integrated to the ES ‘whole’ than many of the faces on the Lexus showroom. Front to rear your eye is taken by the aggressively-raked windscreen, reasonably proportioned greenhouse and almost fastback angle to the rear window. The profile is finished with a decklid that seems to simulate BMW’s Bangle Butt, a controversial styling detail 10 years ago, but almost mainstream among sedan designers today. The overall impression supplied by the ES design is of an almost 4-door coupe, with just enough implied practicality to invite four adults into its interior.

The interior is conservatively drawn, with enough tech on its dash to speak ‘of this century’, but not so much to no longer be intuitive. In the black interior chosen for our press vehicle, the look is almost Germanic with its sober design and conservative materials. The seats are reasonably proportioned, with no attempt to be sporty. And in back, three of your best friends can join you for lunch in reasonable comfort. The rear seat doesn’t fold forward, so you won’t confuse this with a hatch, but there is a pass-thru to the trunk, if – you know – one of those friends gets rowdy. Or car sick.

With its inline, 2.5 liter four supplying 203 horsepower to all four wheels via an 8-speed automatic, performance is reasonable – although far from explosive. Notably, on the Lexus consumer site the marketing team seems to brag about a 0-60 time of 8.6 seconds, which might have been notable in 1990, but certainly isn’t today. (If using this to race for pink slips, find a guy with a vintage Beetle…) Wanting straightline performance? Opt for the ES 350 and its 3.5 liter V6. It won’t supply all-wheel drive, but you should arrive at your destination before snowfall, anyway.

In short, if you drive in a lot of crappy weather, or on a lot of crappy roads, the ES 250 with all-wheel drive makes great sense. If, however, you simply drive a lot, opt of the ES 300h. While Lexus is still making sedans, this is one of their most intelligent – and accessible.