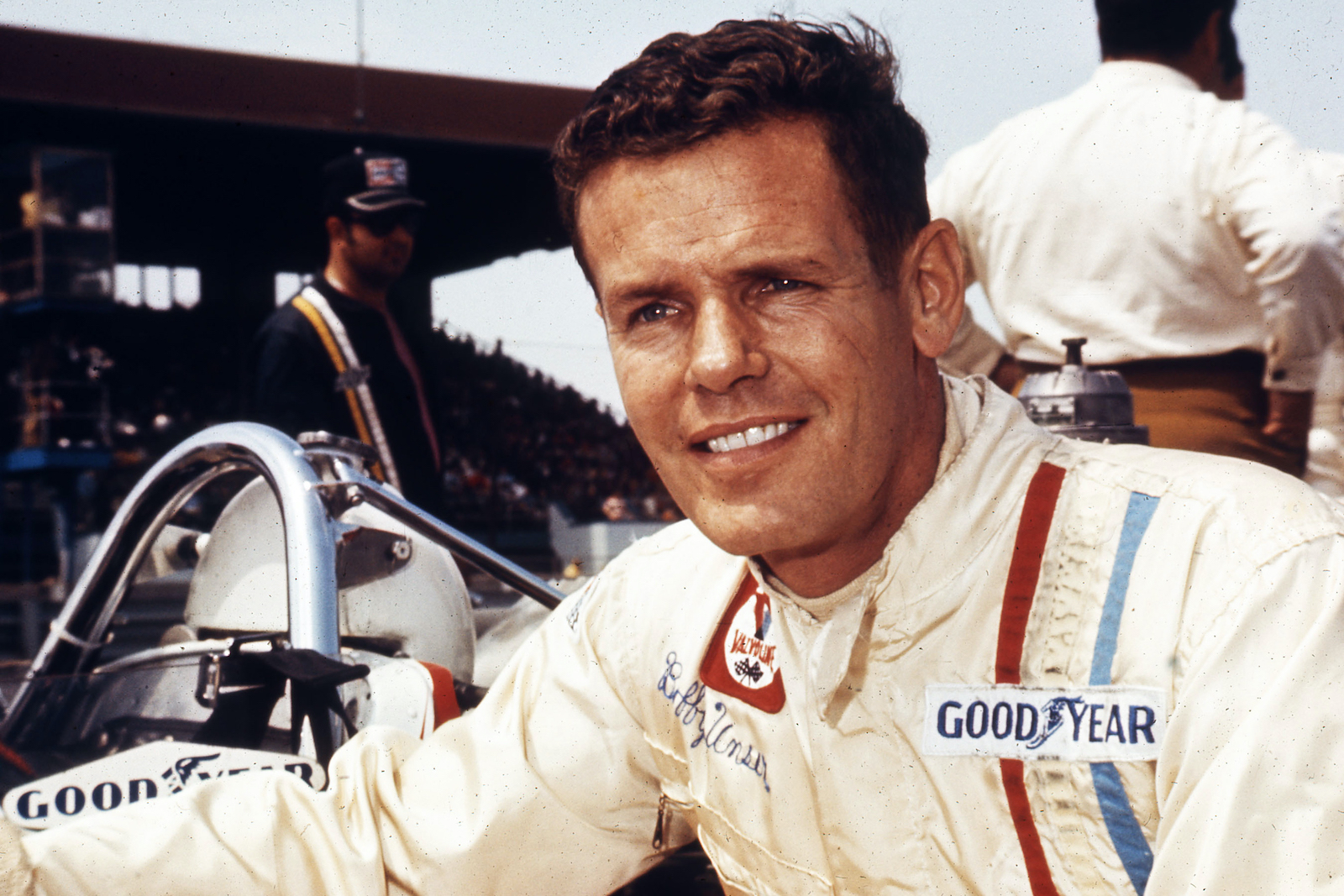 But in the 60’s when I was growing up, Indy was the race to win.  The one everyone paid attention to every Memorial Day Weekend. The rest of the time we went drag racing. Or worked on our cars getting them ready to go drag racing. Or we rode motorcycles.

Indy was the only race my friends and I followed that went longer than a quarter-mile.

So, whomever won Indy was a big deal to us, and to most of America. Indy was as much Memorial Day weekend as picnics, barbecues, hot dogs, hamburgers, apple pie and a trip to the beach.

Sometime in the mid 1990’s I pulled into a hotel in Durango, Colorado on my way home to California. As luck would have it, one of my friends was shooting a motorcycle commercial the following day, and he and the crew were headquartered at the same hotel I was staying.

I ran into my friend in the lobby, and he invited me to join him and his guests for dinner that evening at 8:00. It was a small group of people, and when I arrived I found myself seated next to Bobby Unser. I couldn’t believe it. But there he was.

Lacking anything of real importance to say, I somehow managed to blurt out an opening line about wood stoves, chopping wood and heating your home in the mountains. I lived in a stone house in Northern California at the time, just above 3000 feet, and I needed to heat my house about ten months out of the year.  To do that, I had two wood stoves burning through about 10 cords of wood a year.

Somewhere I had read that Bobby Unser had a ranch house in the mountains of New Mexico, and I wondered how he heated it. Bobby Unser could talk about practically anything. But he loved talking about the ranch.

For the next 3 hours we talked about the ranch, the mountains, wood stoves, chopping, stacking and drying wood, Pike’s Peak, motorcycles,  motorhomes,  helicopters and the importance of flying in the mountains with an experienced pilot that knew the mountains of Colorado and New Mexico, and knew how to fly in them really well.

What should have been just another overnight in a hotel somewhere, on my way to somewhere, turned into one of the most memorable evenings of my life. I don’t even remember the rest of the trip, all because of one chance encounter.

The following morning I bid farewell to everyone, pulled on my leather riding gear, climbed on my motorcycle and headed for California.

I never saw Bobby Unser again. But I never forgot that evening in Durango. Bobby Unser had that kind of effect on people. He had a warm smile and a welcoming way about him. You just liked him, straight away. You couldn’t help it.

So when I saw Steven Cole Smith’s excellent piece in Autoweek on Bobby Unser’s passing last week, my mind naturally drifted back to that one evening in Durango years ago. Bobby Unser had that effect on people.

Once you met him, you’d never forget him. He could sit down and talk with anyone and make them feel at ease. As if he’d known them all his life. Even if he only knew them for one evening.