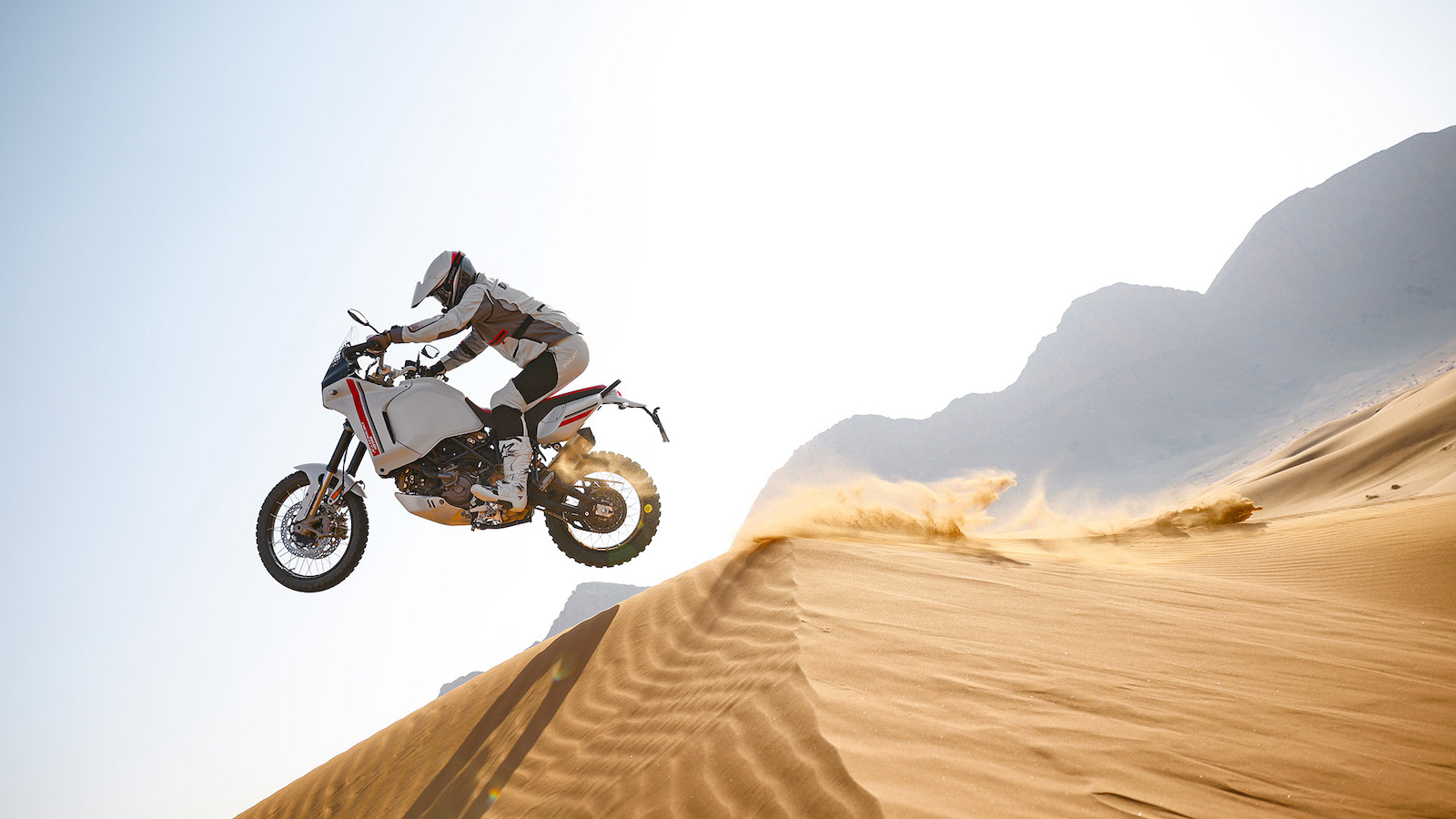 The Ducati DesertX will be in high demand, of that I am certain.

This isn’t a review, but a reveal.  Personally, I have yet to get my hands on Ducati’s new DesertX, even for a day or two. But I have seen it up close at the Ducati dealer here in Austin. And I have a lot of experience on my own (now vintage) 1981 BMW R80 G/S. The G/S is the one BMW I have owned continuously since its introduction, and I have owned a lot of bikes.

In fact, at one point (up until a few years ago) I owned two R80 G/S’s, both 1981 and similarly equipped. Paris-Dakar 8+ gallon fuel tank. Quick release orange solo seat with built in luggage rack, matching front fender and side covers. Quick release luggage. At this point I have logged nearly 100,000 miles on the G/S.

The BMW R80 G/S was my go-to choice for years of guiding commercial motorcycle tours on 3-week, 6000-mile adventures, where we packed everything we needed onto our mounts. It would have been my choice for the two IronButt Rallies I competed in as well, in 1984 and 1985, but the P-D tank was considered an accessory fuel tank, not Original Equipment (OEM) by the IronButt Rally rules and therefore prohibited.

ENTER THE 2022 DUCATI DESERTX. The DesertX is what drew me to respond to the Ducati email invitation. There are other Ducatis, of course, and to be honest, Ducati has several models (the Scrambler, the Hypermotard, and the Mutistrada) that already go places where few Ducatis have gone before. And those models even have variations.

But the DesertX has carved out an interesting niche. THE DESERT. Cue Lawrence of Arabia here, himself a motorcyclist of some renown.

MARKETING IS IMPORTANT. For me, deserts bring to mind palm trees, dates, sand dunes, Bedouin encampments, camels and limited water in only a few places. But I lived in Death Valley for a couple years, so except for the camels and Bedouins (unless you count the snowbirds that populate Death Valley in their RV’s every winter) it is easy enough for me to picture the desert. Death Valley also has good paved roads and several swimming pools, plus hotels and campgrounds. So you can adventure by day and sleep indoors by night.

I can think of few riders who will be able to really put this machine through its paces, especially the sand dunes shown in the video at the Ducati preview here this past week. But that won’t stop people from buying a DesertX. With the (optional) 2+gallon supplemental fuel tank that mounts behind the rider, the riding range will be increased from just the 5+gallon standard tank. And a full complement of heavy-duty luggage will be available.

So whether Patton or Peter O’Toole come to mind (or not) in your planned Itinerary, you can still access crazy good places that many other bikes cannot.

But does that matter? Yes! Most riders will want it, because even sitting in a showroom it looks like it’s ready for adventure.

The reported low first and second gear sound nice, as does the optional fuel tank. The original BMW R80G/S (mine is pictured) is both a good and bad comparison. Good because the essence of what the newest Ducati hopes to accomplish, Adventure Riding, has become its own genre. Bad because a comparison really is impossible, so much technology has changed over the past 40+ years.

The one thing that has not changed is the innate desire to explore areas – both on and off road – on a motorcycle. That has only increased. And I for one, don’t see that ever changing.