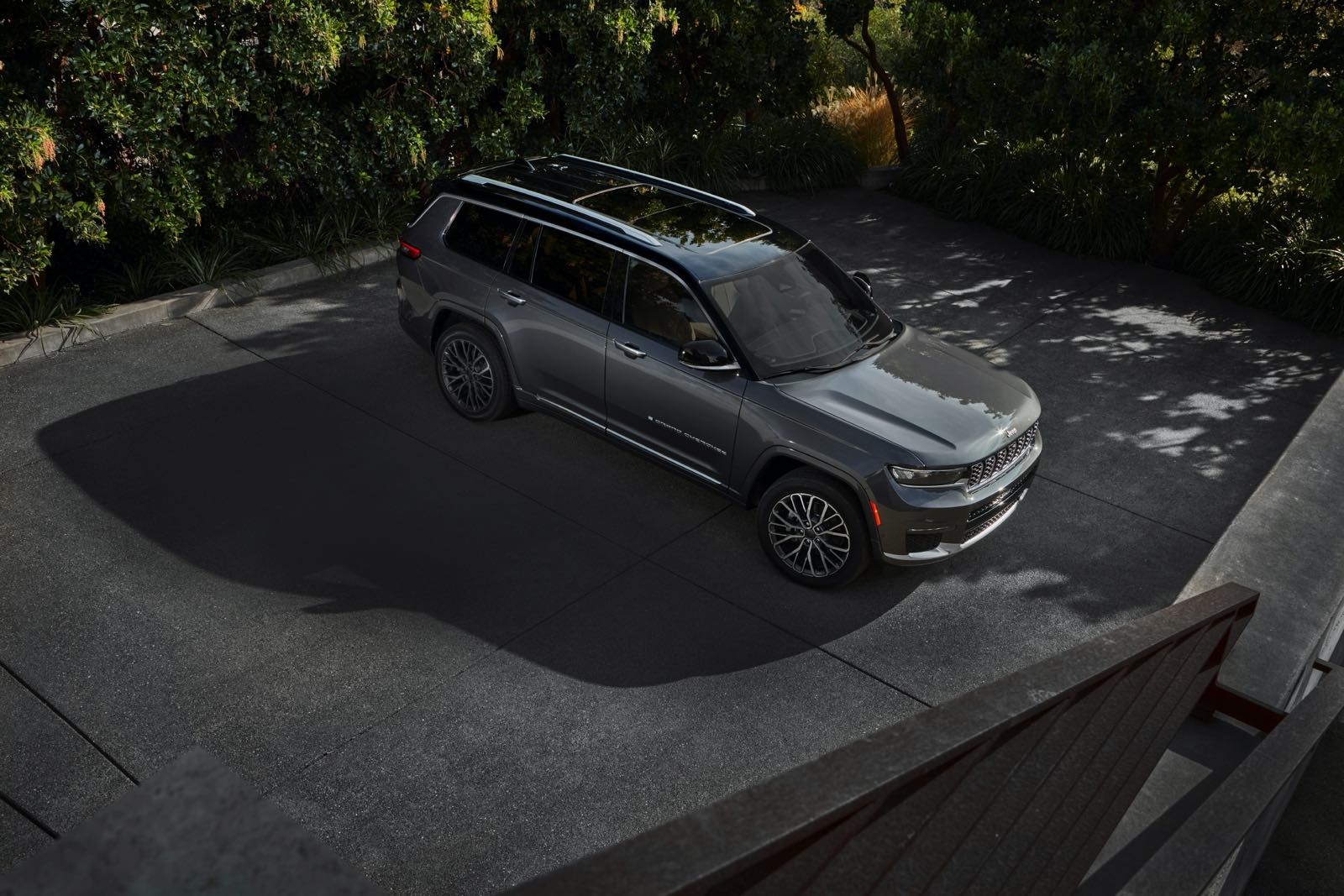 From Mainstream to Airstream

My wife and I have been a small part of the Jeep family since 1987. Our ownership history begins with a bright red 1987 Jeep Cherokee 4-door with – and this is embarrassing – 2WD and a stick; at least we got the transmission right. In combination with its optional 4.0 liter inline six, the Cherokee was genuinely responsive, but it was also short-lived. With the loss of a company car the $17K Jeep became, in short order, two basic Civic hatchbacks, each with a window sticker of roughly $8500. It wasn’t until 1998 that we were able to migrate to a new ’98 Grand Cherokee, a metallic green Laredo with the same inline six powering all four wheels through Jeep’s available automatic.

Eight years later that ’98 morphed into an ’06 Grand Cherokee Limited with Hemi V8 power. Its footprint, relative to the 1st-gen GC, is bigger, and the Hemi – as you’d guess – is thirstier. But we’ve enjoyed its capability and refinement, which is why we still have it. In its 15+ years it’s yet to crack 120K miles, and has – in that time – given us relatively trouble-free service.

With that as context, you’ll understand my interest in an all-new Grand Cherokee, especially one which, in ‘L’ form, features 3-row seating for the first time in a Grand Cherokee – although not the first time in a Jeep. Built in combination with the 2-row GC, both benefit from an all-new platform, substantially upgraded interiors and – it should be noted – elevated window stickers.

In the walk-up you’ll notice immediately the L’s extended length and wheelbase, but then, this is at least subjectively a more upscale design than was given the GC’s predecessor, built from 2011 through the 2022 model year. If 4WD variants of what is known as the WK2 Grand Cherokee were ‘trail rated’, the Grand Cherokee L is ‘mall rated’, given its 205 inches of overall length perched on 122 inches of wheelbase. But its proportions don’t overwhelm, and it all looks to be carefully drawn. The length isn’t off-putting unless, of course, you’re parking in a downtown office building, where spaces are less-than-generous. If that’s the case, let the valet do his magic. And walk away.

Inside, our Summit trim generated the upscale vibe appropriate to the L’s $66K window sticker. After testing the over-$ix-figure Grand Wagoneer just a few weeks ago, the ‘value’ of the Grand Cherokee L surprised us. Obviously, almost $70K remains a lot of money for most households, but given the luxury, utility and all-road versatility (and the frequency with which Suburbans and Escalades can now push $100K), the GC L – even in its top-level trim – impresses as good value.

Behind the wheel, outward visibility is good as the greenhouse is essentially unobstructed. In the Summit the perforated and quilted leather, in a tone Jeep calls ‘Tupelo’, was beautifully appointed, but the front seats were already showing signs of soiling. The wood trim provides a nice accent on the dash and doors, while the infotainment screen is restrained, and knobs – you know, the ones whose function you can immediately assimilate – remain.

In the driver’s seat, to your immediate right you’ll note Jeep’s Selec-Terrain switch, offering selectable terrain modes, which are standard on 4X4 models in Limited trims and above. The five modes include Auto, Sport, Rock, Snow and Mud/Sand; in our week with the GC L we had no need for anything but Auto and Sport, but given that it was March anything could have happened – and the Grand Cherokee capably prepares you for the ‘what if’.

The reason for a 3-row is, of course, the 3rd row. As an environment for two adults the rear bench is quite comfortable, although accessing it is easier if you’re eight than it is at 68 (ask me how I know!). With the 3rd row down cargo capacity is almost 47 cubic feet, while with it up capacity falls to 17 cubic feet. Of course, that’s what roof -mounted storage is for, and if a family of six is traveling you’ll probably want it. I liked the additional length for just throwing a bike in and taking off. In back the bike is avoiding the elements, and bike thieves are avoiding the temptation.

Under the hood, Jeep’s 3.6 liter normally-aspirated V6 is standard, while Jeep offers the 5.7 liter Hemi V8 as an option on Overland and Summit trims with the 4X4 drivetrain. The V6’s 293 horsepower and 260 lb-ft of torque feel surprisingly robust in most day-to-day driving, although the Sport mode gives it slightly better engagement at – we’ll guess – a penalty in fuel economy. With the V6 towing is capped at 6,200 pounds, which is more than enough for the obligatory Airstream if the Airstream is small. And with an EPA estimate of 18/25/21 you might survive the recently imposed embargo on Russian oil.

Opt for the V8, which – in my view – should be available across the Grand Cherokee L lineup, and you’ll have 357 horsepower and 390 lb-ft of torque to propel your 5,000+ pounds of vehicle and (of course!) stuff. You’ll also enjoy 7,200 pounds of towing capability, allowing for a bigger payload of wine in that obligatory Airstream. Of course, the V8 is thirstier, but not stupidly so; the EPA gives it a 14/22/17 estimate – just ask for a higher credit limit from Shell.

While our Summit was priced at almost $70K, you can get in for as little as $42K. If it was my money or monthlies, I’d spec a Limited with towing package – nothing else – and be all-in for about $48,000. Common sense would suggest the mid-level Limited trim come with the Hemi while – of course – Jeep parent Stellantis still offers a Hemi. Here’s hoping it will.

We’ve asked Kevin Joostema, with responsibilities for product at Cadillac, Honda and Volkswagen, for his take on Jeep’s all-new Grand Cherokee. His thoughts are below:

The new Grand Cherokee L is the most upscale and inviting Grand Cherokee in its 30-year history, and what the Grand Cherokee should have evolved into a couple product cycles ago. The black roof and high chrome line on the roof descending into the tailgate helps to make the SUV look longer, yet is also tighter and lighter visually. But more important are its dynamics; the Grand Cherokee is more approachable as a driver than ever.

The interior is also a star, offering an organic wood décor and a plethora of traditional buttons to work all the passenger content and technologies. If you prefer the feel of a traditional luxury vehicle offering, along with a lot of controls reflecting a lot of content, then this is the interior for you. And the Jeep for you.