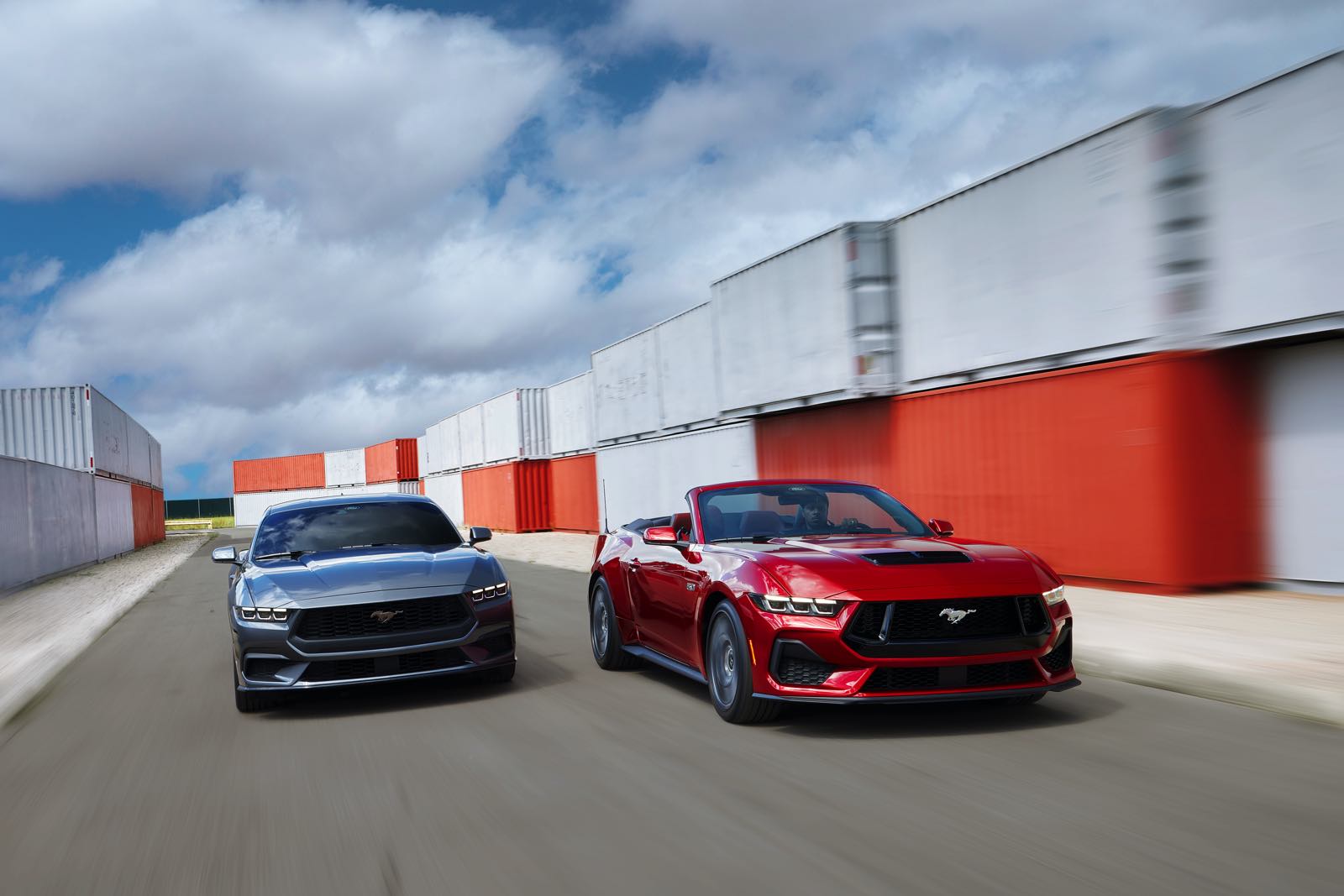 It’s Not Over, Yet

Exciting news from FoMoCo is the unveiling of the 7th-generation 2024 Ford Mustang. The headline detail in the latest evolution of Ford’s original pony car is a 5.0-liter V8 with available manual transmission. No battery pack, no fake noises, no 48-volt hybrid handicap and no twin-turbochargers. With Dodge serving a literal last call on the Hemi V8 and Chevrolet treating the Camaro as a middle child in boarding school, it appears that the Mustang is the last of the V8s as we step into the mid-2020s.

Pricing and performance figures on the 2024 Ford Mustang won’t be known until later, but apart from those essential details there is a lot to address with the new stallion in Ford’s stable.

While Ford’s press releases refer to the 2024 Mustang S650 platform as all-new, the reality underneath is more familiar than new. It’s been confirmed that the S650 is an updated version of the current S550 chassis. The wheelbase is the same, but the new S650 chassis wears a different suspension architecture to cope with the increased performance. But honestly, given today’s automotive trends, I could care less if Ford had used a chassis from an 1890 stagecoach. All I care about is the naturally breathing V8 under the hood.

The 5.0-liter Coyote V8 enters its fourth generation with the 2024 Ford Mustang GT. Ford claims this is its most powerful, naturally aspirated variant yet, thanks to some good old-fashion tuning. It features a dual-throttle body design, with dual air intakes to increase airflow while minimizing induction loss.

The current 2022 Mustang GT V8 offers 460-hp, so I wouldn’t be surprised if this new stallion offers 480-500-hp. In addition, Ford’s 2.3-liter turbocharged EcoBoost returns for 2024 as the second engine option for the Mustang. Again, the details are slim, but the new EcoBoost should offer more bang for the buck. Besides the number of spark plugs, the most significant difference between these two engines is that EcoBoost buyers won’t have the six-speed manual transmission option.

The Performance Electronic Drift Brake (EDB) works like a hydraulic brake used in drifting. Once pulled to lock the rear wheels, the EDB shoots back down to its resting position saving the driver time and hassle to better focus on executing the perfect slide. If nothing else, I want to praise Ford for bringing this option to the Mustang. It shows customer appreciation and attentiveness to what we want to do – and plan to do! – with  these cars. On a closed course. Wink, wink.

Another new feature included in the 2024 Mustang Performance Pack is Active Pothole Mitigation. This system works by continuously monitoring the car’s suspension, body, steering, and braking input to adjust the ride quality accordingly. I will surely enjoy testing this feature on Swiss cheese city roads.

Oh! And you can now rev your V8-powered Mustang using the key fob. This feature is called Remote Rev and works the same way one hits the panic button to sound the alarm and locate a vehicle in a crowded parking lot. Hit the button and the Mustang will bellow and announce its presence. A neat gimmick with the potential of being overused by show boaters.

Slicked Back. And Serious.

As with most things, the internet’s reaction is a mixed bag of likes and dislikes, supported by comments written in ALL CAPS. To my eyes, the new Mustang looks excellent. The styling gives the pony car a look of serious determination one only sees in athletes, moments before hitting the field. The headlights are flat-angled and aggressive with redesigned front splitter and hood vents. The car’s rear is slicked back with crisp, clean lines emphasizing its flared fenders and a redesigned rear diffuser housing its dual exhaust tips.

At this point, I’m just glad the new Mustang isn’t an AWD crossover SUV being called a coupe. Instead, we get a fastback sports car, available as a convertible, with an old school V8 enhanced by modern technology.

The dual curved screens are the one thing I can see myself not liking on the 2024 Ford Mustang. Why? Because my day job involves staring at two computer monitors. Based on the press photos, the Mustang’s dashboard reminds me of a twitch streamer instead of a muscle car. However, one benefit of a digital dash is enhanced customization. One key feature is letting drivers configure the car’s gauges to look like the analog instruments on a 1987-1993 Fox body Mustang as a little thank you nod to multi-generation loyalists.

Those looking for a more visual approach can opt for the Mustang’s Bronze Design Series Appearance Package. This package includes Sinister Bronze alloy wheels with bronze badges that match well with 11 exterior colors, including Vapor Blue and Yellow Splash. Buyers can also choose the color of their Mustang’s Brembo brake calipers from either black, red, or Grabber Blue.

In celebration of the seventh generation, Ford unveiled a new variant of the Mustang dubbed the Dark Horse. This factory hot rod features a brawnier 5.0-liter V8 Ford confirms will produce “at least 500-hp” with a unique six-speed Tremec manual transmission. The V8’s added performance is thanks to connecting rods borrowed from the Shelby GT500.

A Return to Le Mans

In addition to a new generation Ford Mustang GT. Ford announced the Mustang GT3, a race variant to compete in GT3-spec racing, and is eligible to join the grid at Le Mans in 2024, representing the brand with a 5.4-liter variant of the Coyote V8. Managing this fleet of racehorses is Multimatic, the same people responsible for the current Ford GT, which took a class win at Le Mans in 2016.

Plans are set to build GT3 and GT4 racing spec Ford Mustangs and compete in prestigious events like the IMSA WeatherTech SportsCar Championship. The Mustang GT3’s official motorsport debut will be at the 24 Hours of Daytona in 2024. Other race-bred ponies include the Dark Horse track cars, Australian Supercars, NHRA Factory X, and NASCAR spec Ford Mustangs.

More details are expected before the 2024 Ford Mustang goes on sale in summer 2023. Those that criticize this car for looking like a Camaro or for not being an entirely new chassis are missing the point. This seventh-gen Ford Mustang represents resistance to a battery-charged future held by many car enthusiasts. Telling us to give up on V8s cold turkey is like asking a career two-pack-a-day smoker to kick the habit using positive energy and prayer beads. This Ford Mustang serves as a high-revving nicotine patch that will keep us going forward (literally) into whatever the future may bring. I can’t wait to see the 2024 Mustang GT in person, get behind the wheel, and feel the organic rumble of eight-cylinder processed torque.