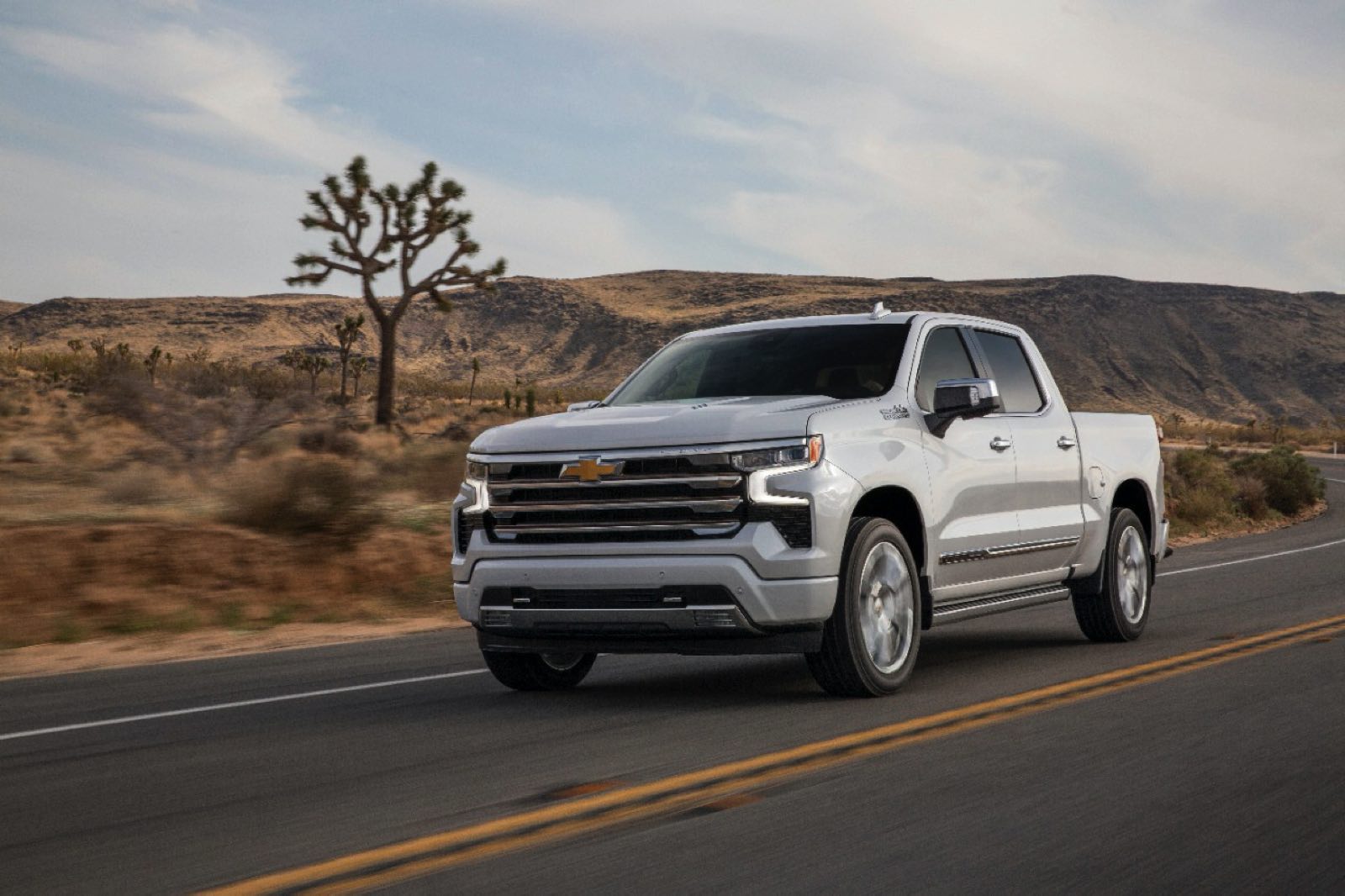 With its electric F-150 Lightning on the streets, Ford is dominating mindshare in the pickup world these days, but General Motors managed to increase market share in the first half of 2022 thanks to a fleet that is more attractive, more sophisticated, and more reliable than before.

For 2022, the Chevy Silverado and GMC Sierra got fresh sheet metal up front and, in upper trims, vastly improved cabins that are quieter and feel more spacious and upscale. A 12.3-inch digital instrument cluster and a 13.4-inch-diagonal infotainment touchscreen with Google built-in2 compatibility dominate dashboards in all Sierras and all LT and above Silverados.

Toss in GM’s Super Cruise, an optional hands-free driver assistance technology that works on hundreds of thousands of miles of roads, and the trucks leave the impression that the General’s full-size pickups are well positioned to compete in the digital age.

In a time of change, less can be better

Recent tests of top-of-line models, a Silverado Crew Cab High Country ($68,862) and Sierra Denali Ultimate ($79,340) left the impression that General Motors has the technical chops it needs to move forward with a long list of electric models in the next few years.

This comes at a time when GM is investing immense financial and personnel capital into making itself an electric vehicle company. The company is pouring some $35 billion – with a ‘b’ – into research and development and building new factories for batteries and for 30 new EVs it plans to bring to market before 2025.

An interesting upshot is that with all the talent working on the new stuff, the company is holding fast to the design and engineering principles in play with vehicles already in production. The current generation of pickups, for example, hit the streets in 2018.

Normally, this would be time for a clean-sheet redesign. Instead, while it waits for the electric Silverado, due in showrooms in about six months, GM is readying beefier, off-road versions to compete with the Ford Raptor and Ram TRX.

Sticking with things that ain’t broke has a serendipitous effect. By staying with the same basic drive engines, transmissions, body panels, hardware, and electrical architecture, the company has slowly wrung out quality control problems inherent in planned obsolescence. As a result, when JD Powers released its 2022 U.S. Vehicle Dependability Study, four of the top eight brands were from GM.

Wait, what? Consumer Reports gives Silverado and Sierra bottom marks for reliability. Yes, but CR gathers its data from self-reporting done by its membership. Self-reporting is the least reliable form of surveying because it is inherently biased in a field that seeks true randomness. It does not attempt to match the sample with the real population and respondents tend to be those with the largest axes to grind.

As a dues-paying Consumer Reports member, it pains me to say that JD Powers’ data is more reliable.

The lesson of persistence in design and engineering was not lost down the street at Ford, where CEO Jim Farley, seeking an end to recalls and exorbitant warranty costs, last week said he plans to simplify truck offerings and stay with basic designs and engineering for longer periods. Farley, by the way, broke in with Toyota.

The General busts a move

GM’s improvements are reflected in the sales figures, even in a down market.

Supply-chain woes and labor shortages last year led U.S. pickup sales to a 7-year low. According to public sales data, they fell an additional 16.6 % through June, but Silverado was down only 10% and Sierra 14%. Combined, they gave General Motors a class share of 38.8%, up 1.9% from the first half of 23021, making it the biggest seller of full-sized pickups in America.

The Toyota Tundra, redesigned for the first time in 15 years, was the only nameplate to increase sales and now owns 4.5 % of the big pickup market. The Nissan Titan was down 37% and owns just 1.1% of the market.

It is critical to note that falling pickup sales is an issue of supply, not demand. Despite a series of sharp price increases this year, executives at both Ford and General Motors have said in recent weeks that they are selling every truck they can complete.

General Motors has increased prices on Sierra and Silverado three times this year. Though the companies lay the blame for higher prices on increases in materials prices, analysts are quick to note that both manufacturers have publicly attempted to dissuade dealers from price gouging. Higher MSRPs will have that effect.

Full disclosure: My 401(k) includes shares of both Ford and General Motors. Both are up for the year.

GMC is known for luxury and the pinnacle is models with the nomenclature “Denali,” which makes perfect sense if you’ve ever seen Mt. McKinley.

If the word “Ultimate” is then appended to “Denali,” one expects a pickup that would make a Cadillac blush. The Sierra 1500 Denali Ultimate does just that. It is the most advanced and luxurious Sierra ever.

Oh, and it pretty much drives itself out on the Interstate. It is not self-driving. A steering wheel-mounted camera monitors the driver’s eyes, and the truck goes crazy when it senses inattention: It sends a visual warning, an audible warning, and vibrations through the seat.

It’s like having a co-driver who always pays attention.

The Silverado High Country is a less extravagant, but still quite luxurious truck. Like the Sierra, it features a nicely appointed cabin that is intelligently laid out. Switchgear is easy to find and manipulate.

Here’s the bottom line: Diesel fuel costs about 20% more, but the diesel Sierra got 40% better fuel economy. Add in the additional work capability and inherent reliability of the Duramax and that is a world-class no-brainer.

We drove the snot out of the Sierra and it still had more than half a tank left when the nice man came to retrieve it 8 days later.