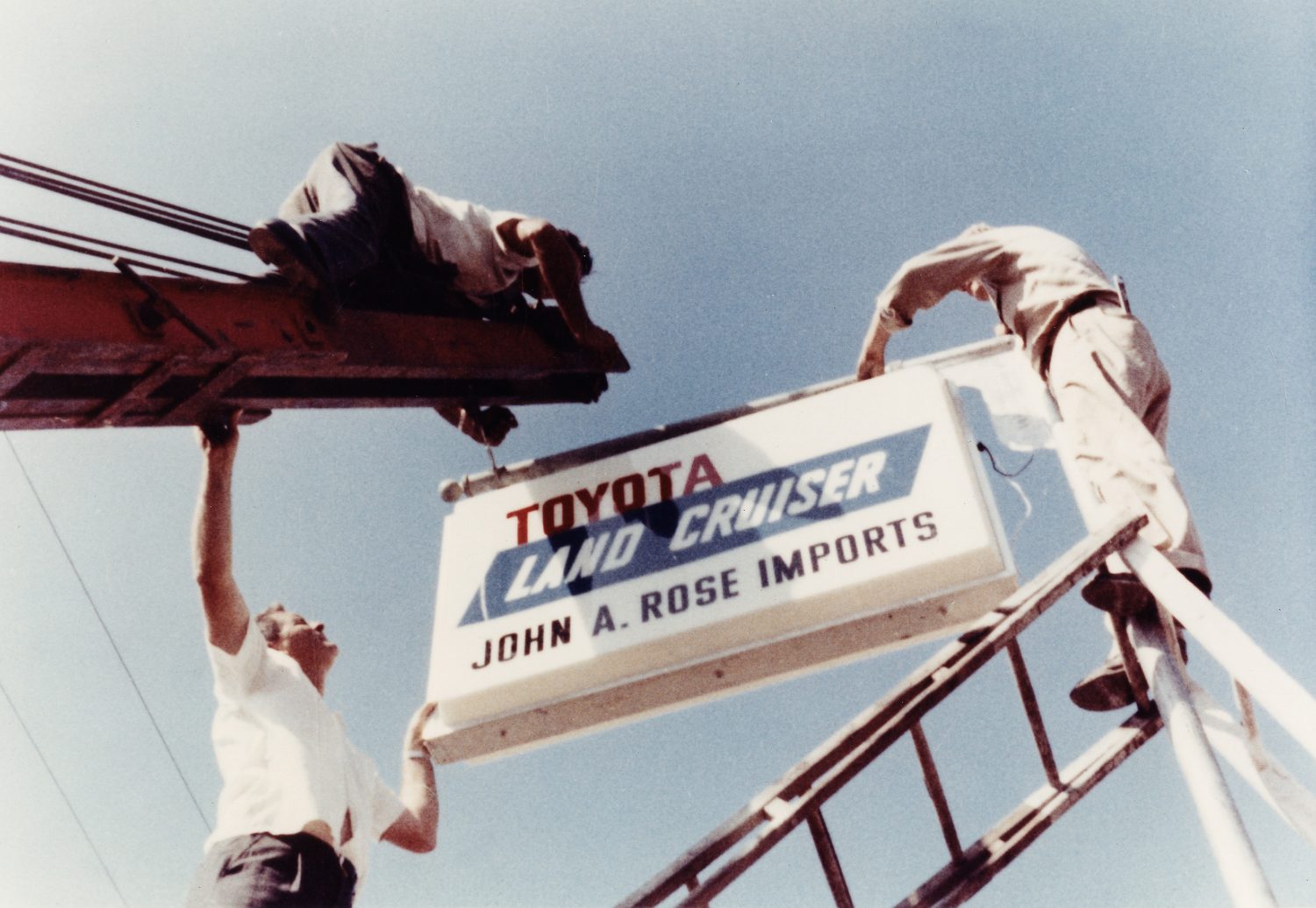 If you’re an adult, turning 65 comes with any number of question marks, one of which is most basic: What’s there to celebrate? But if you’re a Japanese automotive importer that established a U.S. foothold – rather humbly – in the late ’50s, and thriving over six decades later, you have a lot to celebrate and – presumably – a budget to do it. To get started Toyota produced the following press release, a recap of how it began – and what we can expect in the near future.

Happy Birthday, Toyota! Here Are 10 Highlights From 65 Years in the U.S.

If Toyota Motor North America (Toyota) in the U.S. was a person, they’d be readying themselves for retirement. But 65 years after it was “born” in this country, the brand and the North American team that supports it are showing no signs of slowing down.

Quite the contrary: Toyota in America is actively transforming itself from a car company into a mobility company.

While the new electrified future beckons everyone to move forward, this anniversary serves as a helpful reminder that there is still value in looking backward. Knowing where the company has been is essential to set the stage for where it’s going.

If you’d like to take a more comprehensive trip down memory lane, this timeline is a great place to go. But if you’d rather just roll the highlights, here are 10 moments over the past 65 years that are definitely worth remembering.

Scary Stuff — Toyota took its leap of faith into the U.S. market on Halloween in 1957, setting up shop in a humble storefront in Hollywood, California. Fortunately, this potential horror story would go on to have a very happy ending. In fact, since 1958, Toyota has sold more than 70 million vehicles in the U.S.

It’s a Hit! — Toyota’s first U.S. export, the original Crown sedan, fizzled. But then, in 1965, the company introduced the original Corona that was designed specifically for American drivers. It proved to be incredibly popular.

Customer-Centered — Toyota gained a foothold in the U.S. by doing what it’s always done best: putting the needs of the customer first. Its 1976 ad campaign summed up this philosophy in a way that still resonates to this day.

Putting Down Roots — In 1986, Toyota became the first import automaker to sell more than a million vehicles in a single year. Just two years later, it began production of the Camry at its first wholly owned manufacturing facility in Georgetown, Kentucky. Toyota has since gone on to produce more than 30 million vehicles in the U.S. and more than 40 million in North America.

Redefining Luxury — Then, in 1989, Toyota upped the ante and debuted its Lexus line of luxury vehicles, starting with the LS 400 and ES 250. The cars were exceptional. But the customer service? Even more so.

Ahead of its Time — Electrification is all the buzz these days in the automotive industry. But Toyota got a very early start in 1998, introducing its first-generation Prius — the world’s first mass-produced gas/electric hybrid vehicle.

Supersize Me — Fifty years after it made its U.S. debut, Toyota launched the first full-sized version of the Tundra to compete head-on in the lucrative truck market.

Still No. 1 — In its 30th year, the Camry sedan, which established itself as the best-selling passenger car in America, topped 10 million in sales in 2013.

Lone Star Rising — After six decades of decentralized growth, Toyota took the bold move of unifying its manufacturing, finance, sales, marketing and corporate operations within a new $1.0 billion headquarters in Plano, Texas. By the way, Toyota’s total investment in the U.S. over the years now tops $36 billion. And it’s more than $43 billion across North America.

Charging Ahead — In a tangible sign of its commitment to an electrified future, Toyota announced a 10-year, $3.4 billion investment in automotive batteries — including plans to establish Toyota Battery Manufacturing North Carolina. It will be Toyota’s 11th plant in the U.S. (including the joint venture with Mazda in Alabama) and 14th in North America.

Continue Reading
You may also like...
Related Topics:featured, toyota