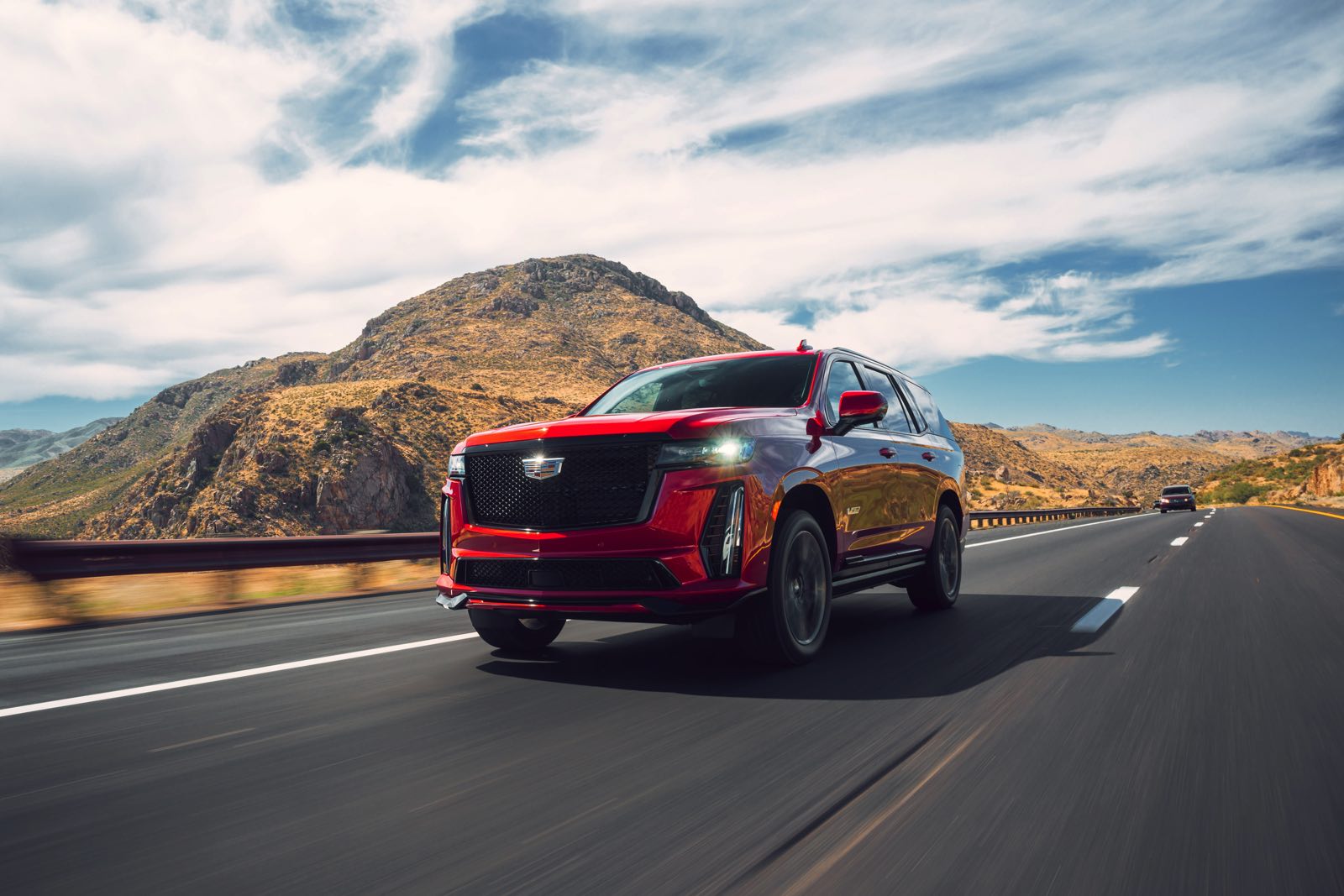 Powered by a supercharged, 692-hp V-8 that blares out its presence through quad exhaust tips, riding on an air-ride adaptive suspension with full-time all-wheel drive, and loaded with innovative technology, the Escalade-V bathes cabin occupants in luxury.

Equipped with GM’s Super Cruise2 hands-free driver-assistance technology, including trailering and automatic lane change capabilities, the Escalade-V can, under the right conditions, drive itself. Capable of launching itself to 60 mph in 4.3 seconds and coming standard with a 36-speaker sound system – one of the best we’ve ever heard – the Escalade-V carries a $155,000 price tag and fails to answer only two questions:

This is not to say that we think buying a five-year-old, $60,000 Escalade-V will be a grand bargain. As a rule of thumb, General Motors’ body-on-frame trucks are about as mechanically reliable as any others, but the Escalade has developed a reputation for gremlin-like problems that one does not expect in a luxury vehicle.

We noted a few anomalies that caused us to worry about the Escalade’s long-term durability, not the least of which was a whiny blower motor in the heating and air conditioning system. Boy Wonder, a certified mechanic, opined that it sounded like a bad motor bearing. I just thought it sounded a lot like the blower in my 1972 Plymouth Volare, whose list of strong points began and ended with a slant-six engine.

“Hey” you probably feel like shouting at me just about now. “I NEED enough room for seven people.”

For the same money, you could buy THREE 7-passenger Chrysler Pacificas, which also come stuffed to the gills with luxury and are powered by a plug-in gas-electric hybrid that gets about 82 mpg. The Chrysler minivan also comes with a spotty reputation for reliability, but with three in the garage, on any given day, at least one is bound to be working.

Or, for about $20,000 less, you could have a Mercedes EQS 580 Pinnacle and have something that is huge, powerful, non-polluting, and honestly special.

Not convinced, are you? This only proves the truth of a statement often attributed to Henry Ford. He didn’t say this, but it certainly sounds like something he might have said: “If I had asked American consumers what they wanted, they would have told me faster horses.”

When it comes to our rides, we Americans hold these truths to be self-evident: Bigger is better. Power is better. Prestige is better. We are affirmed in these beliefs by the automotive press, in which there is no shortage of uncritical gushing over the supercharged Cadillac ES-V.

“Cadillac has done to the Escalade something it should have done nearly two decades ago,” effervesced Car and Driver. Cadillac goes big with the superlative full-size luxury performance SUV so many have been asking for, enthused MotorTrend.

The roar of the engine, the silky 10-speed transmission, the powerful six-piston front Brembo brakes and the slightly less cumbersome handling all draw high praise. Drawing yet more is the machine’s ability to reach 60 mph in 4.3 seconds, 100 mph in 10.3 seconds, and top out at a governed 125 mph.

Not once does an auto writer question the prudence of reaching such speeds in a machine weighing in at 6,290 lbs. What happens when an Escalade encounters a bicyclist, a pedestrian, or a family in a Honda Civic?

Even heavier than an Escalade, however, are any of the electric pickups or large SUVs either in the market or soon to be there. To generate an acceptable range, manufacturers must add another 3,000 lbs. in batteries. They do this instead of reducing the mass or improving the aerodynamics of the vehicles.

So let’s talk about range. On 24 gallons of premium unleaded fuel — $3.55 this week locally – an Escalade-V can travel somewhere between 200-300 miles. MotorTrend, for example, noted an average fuel economy of 11 mpg. In town, our tester struggled to maintain 9.5 mpg. In dollars and sense, that means the Escalade-V can go about as far on $85 worth of gas as a Ford Lightning does on $20 worth of electricity.

From all this, please don’t draw the impression that I don’t like the Escalade-V. I grew up in muscle cars and this is one of the most gob-smacking ones ever.

The Escalade and its cousins benefitted from a redesign in 2021 that included a redesigned rear multipoint suspension, in place of leaf springs, which largely eliminated their truck-like bounciness. The ride now is much more serene, though uneven concrete is still felt in the cabin.

On the open road, the Super Cruise2 makes for a relaxed journey. One still must pay attention to the road ahead, but there is a little more time to look around and take in the scenery. Thanks to the system’s lane-changing capabilities, it is – to be honest – a better driver than me.

When it encounters slower traffic, the system looks for an opening, flips on a turn signal, moves over, and passes the slower vehicle. Once clear, it repeats the process, leaving the left lane clear for faster traffic.

How wonderful it would be if 18-wheelers were driven by robots who were this thoughtful.

On the other hand, the system shuts down when it encounters heavy traffic or a construction zone. It cannot be restarted without pulling over and restarting the vehicle. To use the system, owners must maintain an OnStar service plus pay an additional monthly fee.

If you can afford the SUV, and the gas it consumes, the fee is probably no big deal.