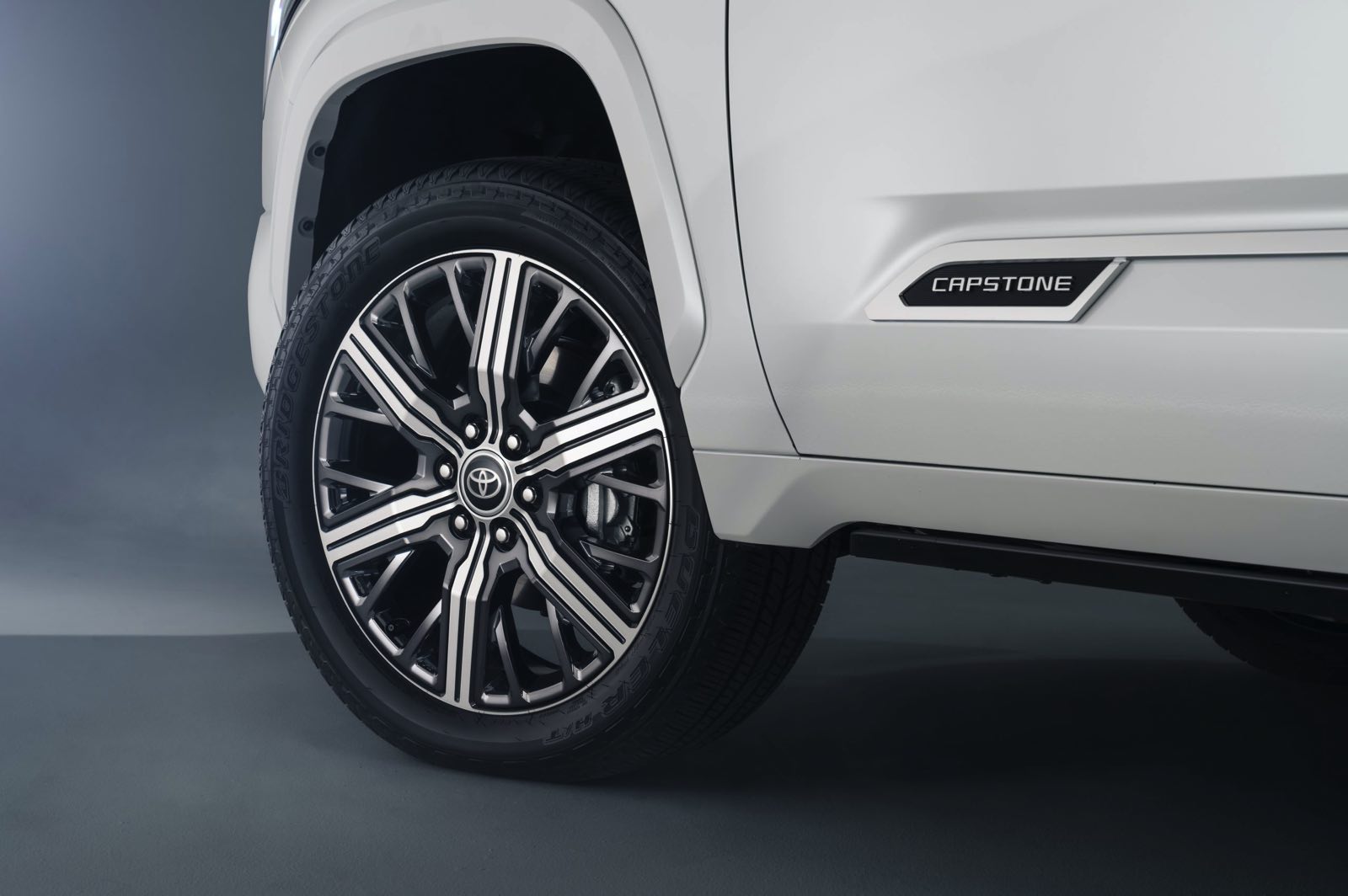 In the beginning – or, more correctly, prior to the 2000 model year – the American truck market was satisfied by the efforts of Chevy, Ford and Dodge’s Ram. Toyota had been offering its T100, which had essentially split the difference between its own Tacoma compact and America’s full-size offerings, but in a land where bigger is better from – you know – Sea to Shining Sea, the largest Toyota truck could only go so far in satisfying the needs of those living west of Ohio. Something more serious was needed, and that ‘serious’ was rebranded the Tundra.

The 1st-gen Tundra, offered for the 2000 model year and continuing through 2006, hovered between what we now regard as midsize and its full-size competition, but did offer an available V8 powertrain and a full 4-door crew cab. What Toyota called a Double Cab sat on a wheelbase of 140 inches, with an overall length of 230 inches and a curb weight of 4,200 pounds.

Some twenty years after the Tundra’s initial debut, the Tundra was redesigned for 2022. Although its overall length hasn’t changed a great deal, it is wider, the grille more massive and now weighs – in crew cab form – almost three tons (or tuns)! And the V8 is no more, replaced with a twin turbo V6 offering 348 or 379 horsepower, or a twin turbo/hybrid combo with 437 horsepower and a stump-pulling 583 lb-ft of torque, along with 12,000 pounds of towing capacity. But as most of us with little success in math know, it’s more than just the numbers and, as you’d guess, the new Tundra is more than just its three tons.

In each of its successive redesigns since the 2000 model year launch the Tundra’s product team has steered the design and footprint toward those of its American competition. And with the all-new variant for 2022 – and which is little changed for 2023 – Toyota’s team is all in with this ‘bigger and badder are better’ mantra.

From its front grille, which looks as if it could house within its framework the busts of Washington, Jefferson, Lincoln and Roosevelt, to its tailgate, the Tundra eschews ‘less is more’ and gives a bear hug to more is more. With the number of bulges flanking its fenders and the faux ‘vents’ affixed to its hood, it’s as if bodybuilders Joe Weider and Charles Atlas were each given a stab at the Tundra’s final rendering; if the earlier T100 was – at least figuratively – Twiggy, the newest Tundra is Queen Latifah.

Inside, there’s enough white trim to satisfy Cadillac’s interior team, and an infotainment screen (some 14 inches of what Toyota describes as ‘Audio Multimedia’) occupying the dash’s center. To its credit, Toyota has kept the HVAC controls largely intuitive, and changing bands or stations reasonably quick, but this old guy continues to wonder why a truck’s dashboard needs to look like a singular entry at a Consumer Electronics Show. It’s a truck forgawdsake, and even at an elevated window sticker of $77K it doesn’t need to look like a Tesla. Beyond the dash is plenty of space for you and yours, and (again) to Toyota’s credit, charging your phone is the no-brainer charging a phone should be; if only my wife’s Venza had phone charging so accessible.

If opting for the upscale Capstone trim you’re blessed with Toyota’s I-Force Max 3.5 liter twin-turbo V6 hybrid, delivering the aforementioned 437 horses and 583 lb-ft of torque to all four wheels via a 10-speed auto and sequential shift. As you’d hope, included in the powertrain menu are selectable drive modes (including Tow/Haul), an electronically controlled transfer case and a limited slip differential. Finally, this iteration of the Tundra gets a multi-link rear suspension, just like the Ram competition or – you know – a Supra!

Behind the Tundra’s wheel, I was very impressed by the twin-turbo V6’s horsepower and torque, as well as its personality; this is visceral in the best way, with just enough exhaust burble to remind you that there’s internal combustion in front of you, but you’re not inundated by it. And while, like Ford, Toyota opted for a V6 with twin turbos for efficiency, don’t count on the 20 Combined EPA estimate when running your daily errands; the EPA test cycle will invariably supply a number more optimistic that realistic.

But if delighted by the way the new Tundra motors, I was less than impressed by the overall feel, which borders too close to clumsy; this thing feels more like a heavy-duty truck when parking than the ½-ton category would imply. In short, on those occasions you need a full-size pickup, rent it. And for your day-to-day transportation needs, think Tacoma. Or the next Tacoma, which should be larger, more comfortable and refined. They could call it the T100…