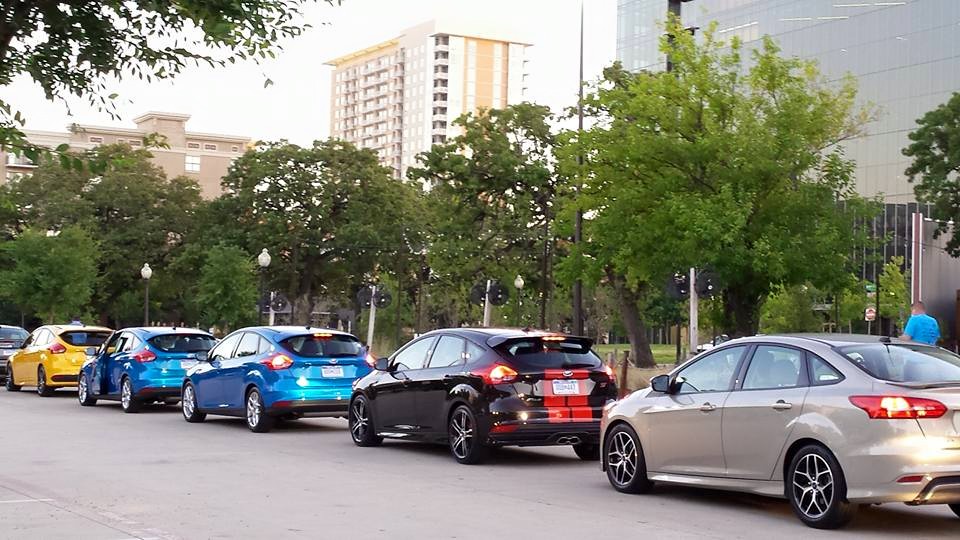 Dallas, TX – If sitting in front of the tube anywhere in Texas, Ford truck ads are followed by Chevy truck ads, both of which invariably precede Ram truck ads. A truck ad here, a truck ad there…pretty soon you begin to think Texans drive nothing but trucks. Sure, you’ll see the occasional rental Mustang near an airport, but those are out-of-towners that – we can say it here – are generally clueless. Texans drive trucks, liking their trucks big and women bigger. Unless, of course, they’re in need of a car, at which point they don’t really know what to do. Thankfully, Ford has a PR team, Texas enjoys a small collective of automotive media (old and balding or young and blogging), and Ford still builds cars, including a freshened Ford Focus. Those scattered groups recently gathered at an Uptown restaurant to immerse themselves in a new vocabulary: front-wheel drive, unibody, hatchback and – get this! – all-independent suspension. It’s really crazy sh*t – and you won’t read it anywhere else. 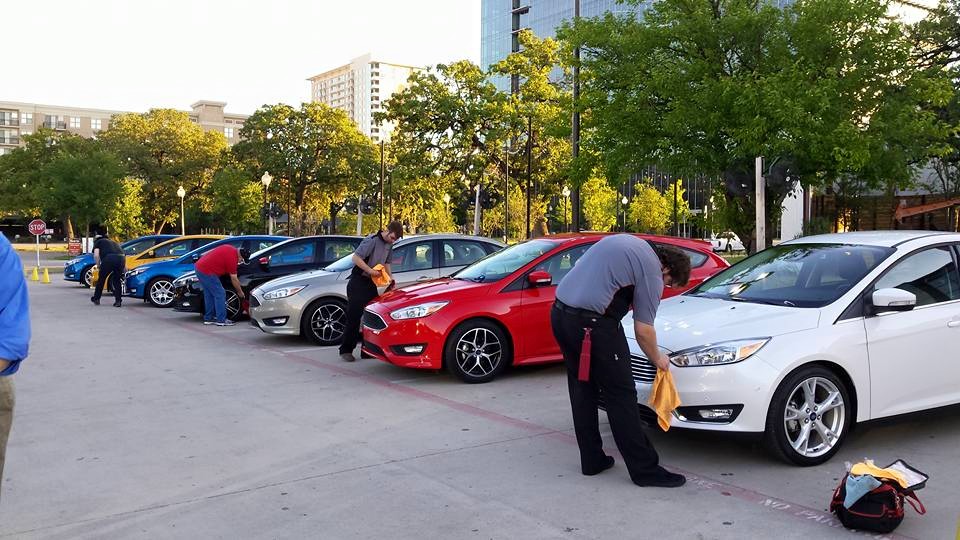 Admittedly, the reader might – at some point – have seen a Focus. Available as either a 4-door sedan or 4-door hatch, this newish Ford has enjoyed more than a little success in the compact segment. Introduced as an integral part of Ford’s ‘One Ford’ initiative, the Focus delivers the sweet spot in combining a reasonable amount of room with more than a modicum of efficiency. Sheetmetal is attractive, while – thankfully – not polarizing, and interiors are a tad nicer than the norm at their $20K price point. If you spend $30K on the top-of-the-ladder ST interior plastics fall a bit short, but in the ST you’ll be watching the tach (when not watching for the constable) and presumably not caring about texture or tonality.

In the morning drive, between a continental breakfast and mouth-watering lunch, TxGarage had a chance to drive three variations of the Ford Focus; think of it as the Automotive Trinity. First up was the mighty Focus ST 5-door, with its 2.0 liter EcoBoost four connected to a reasonably precise 6-speed manual. The pre-planned drive route provided a short time on I-30, a quick drop into Fair Park, and a pass by the Adam Hat factory in Deep Ellum; the building was once home to a Model T plant. (In short, we had come full circle.) 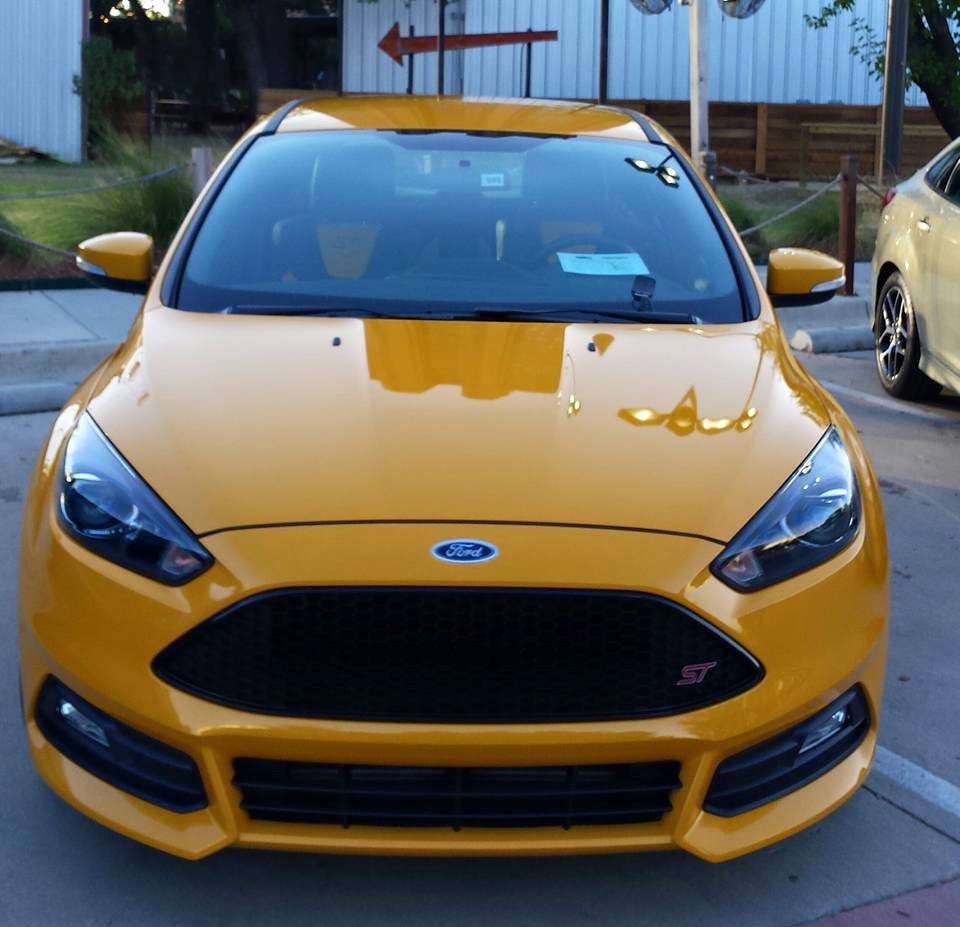 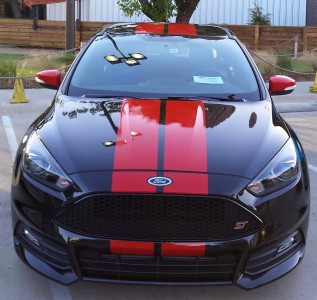 Having spent a week – and about $500 on gas – in a similar ST last year, we knew what to expect, but that doesn’t reduce the surprise and delight provided by this 5-door funster. Steering is communicative, braking is immediate, and the 120 cubic inches of EcoBoosted four are positively alive. If you like to juke and jive – and need something with more room than Scion’s FR-S – this is the car to buy. And with an entry-level, well-equpped price point of just $25K, you can. Our test vehicle, finished in Ford’s Tangerine Scream Tri-coat, was absolutely stunning outside, while – we thought – a tad overdone (its Recaro buckets had yellow accents) inside. And if the ST’s scorching performance isn’t quite scorching enough, within the next year Ford brings its Focus RS to the States. While occupying a significantly higher price point (we’re thinking $35K-plus), it will also reportedly nudge 300 horsepower, and with all-wheel drive will give the old guy in his C7 absolute fits. If you plan on purchasing this car and want to accessorize it, then consider getting this side window sunshade.

For lack of an automatic in the lot, we gave Ford’s 1.0 liter EcoBoost triple a try. Within the last year we had driven this in Ford’s smaller Fiesta, and found the performance satisfactory within the context of a small hatchback and 40+ miles per gallon. In the bigger Focus – to channel B.B. King – the thrill is gone, but at $21K for a nicely equipped 4-door family sedan, the value isn’t. With an engine about the size of a carry-on suitcase there is a huge amount to be gained by the powertrain’s packaging efficiency; on that the bigger Focus footprint really doesn’t capitalize. But if you’re looking for an inexpensive way to sip gas while still comfortably carrying four adults, this rivals any number of competitive, hybrid-powered offerings at much higher price points.

The last drive was the most mainstream: Ford’s Focus sedan in top-of-the-market Titanium trim. Powered by a normally aspirated 2.0 liter hooked to a 6-speed automatic, this is the Focus June Cleaver would take when Ward has grabbed her Raptor. With leather this and chromed that, along with Sony audio and enough technology to activate a lunar landing, the Titanium-trimmed Focus is a compelling convergence of next-gen tech in (relatively) old school architecture. Prospects would be wise to consider the larger Fusion when considering a $27K Focus, but comparably equipped the midsize Fusion is easily $5K more dear.

At the end of the morning, the freshened Focus – especially in ST-equipped, hatchback form – made a compelling argument for using the F-Series pickem’up only when needed. Easy to park and easier to drive, cars may actually have a place in Texas society. One word of caution, however: If making the societal shift from big trucks to small cars, we’ll need smaller women. 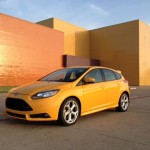 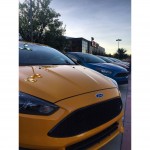 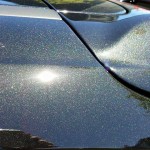 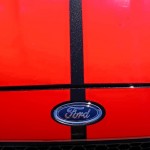 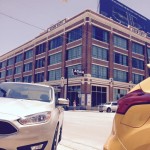 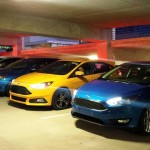 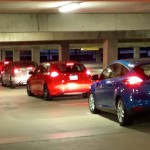 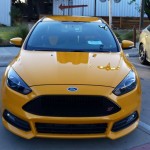 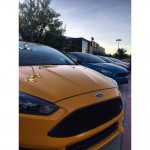 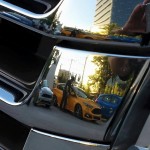 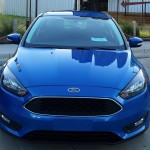 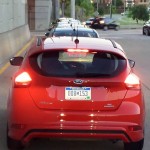 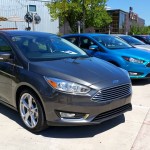 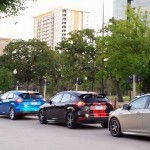 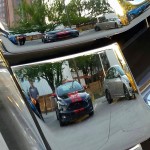 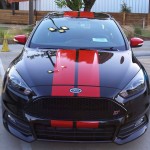